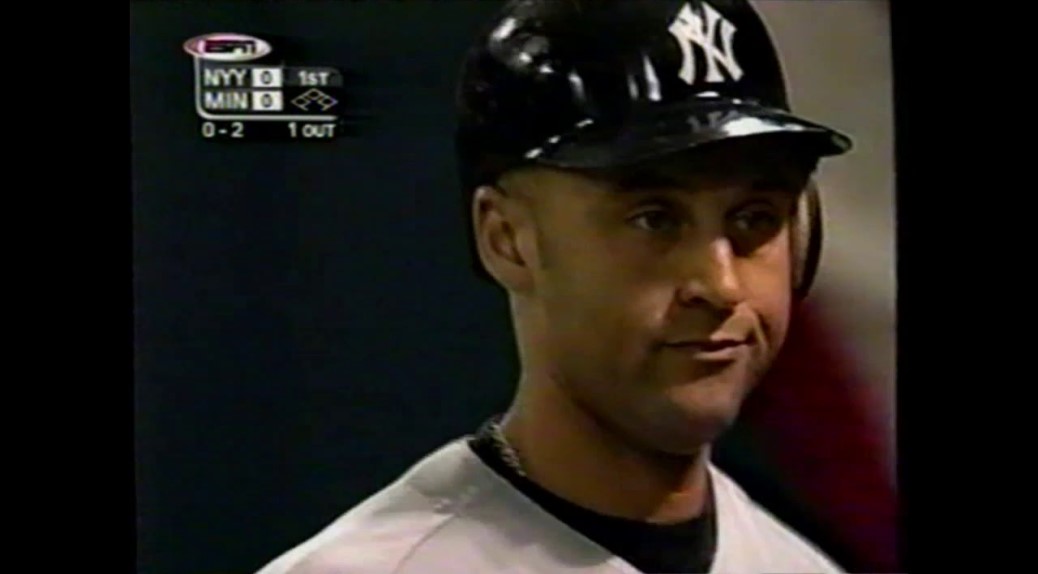 Opposition stars:  Roger Clemens pitched seven innings, giving up one run on five hits and a walk and striking out six.  Juan Rivera was 3-for-4.  Bernie Williams was 2-for-3 with a double and two walks.  Hideki Matsui was 2-for-4 with a two-run homer.  Mariano Rivera struck out three in two perfect innings.

The game:  Williams doubled leading off the second and Matsui hit a one-out two-run homer to give the Yankees the early lead.  It went to 3-0 in the third on singles by Rivera, Derek Jeter, and Williams.  A. J. Pierzynski led off the bottom of the third with a home run to cut the lead to 3-1.

And that's where it stayed.  The Twins got a pair of two-out singles in the fifth, but pinch-hitter Michael Ryan struck out to end the inning.  Doug Mientkiewicz led off the sixth with a single-plus-error but was stranded on second.  Mariano Rivera again came into the game at the start of the eighth inning and the Twins could again do nothing against him.

Lohse started and pitched five innings, giving up three runs on six hits and two walks and striking out five.  He threw 105 pitches in those five innings.  The Yankees of that era made you work, as have the Yankees in many eras.

The Twins were 0-for-6 with men in scoring position.

The Twins would send Johan Santana, who was still dealing with an injured hamstring, to the mound to try to save the season the next day.  He would face David Wells for New York.

Record:  The Twins were 1-2 in the best-of-five series.