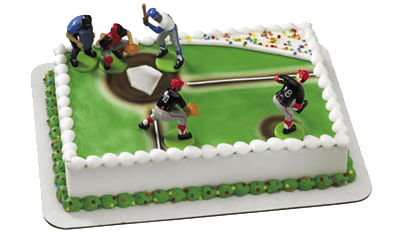 Left-handed reliever Ronald Peter Perranoski pitched for the Twins from 1968-1971.  His last name was originally “Perzanowski”, and he is a cousin of former Twins pitcher Stan Perzanowski.  He was born in Paterson, New Jersey and went to high school in Fair Lawn, New Jersey.  He attended Michigan State and was signed by the Cubs as a free agent in 1958.  He was a starter his first couple of years in the minors, struggling his first year but posting a 3.12 ERA with ten complete games in 1959 at AA San Antonio.  In April of 1960 he was traded to the Dodgers in a trade that also involved ex-Twin Johnny Goryl.  He pitched well for two AAA teams in 1960, but started his transition to the bullpen that season.  When he reached the Dodgers in 1961, he was used almost exclusively as a reliever (the only major league start of his career came in his rookie season).  He spent seven years in the Dodger bullpen and pitched very well.  His best season was probably 1963, when he went 16-3, 1.67 with 21 saves.  He led the league in winning percentage and appearances (69), pitching 129 innings of relief (one of seven seasons in which he pitched more than 100 relief innings).  Perranoski finished fourth in MVP voting that year.  He led the league in appearances three times as a Dodger.  After the 1967 season, Perranoski was traded to Minnesota with Bob Miller and Johnny Roseboro for Mudcat Grant and Zoilo Versalles.  Al Worthington was still the Twins' closer in 1968, but Perranoski pitched well in relief and got six saves.  He became the closer the next year and responded with two more fine seasons, leading the league in saves in consecutive years.  In 1971, however, it appears that age and the number of relief innings finally caught up with him.  He pitched poorly for the Twins, was placed on waivers at the end of July, and was claimed by Detroit.  He was with the Tigers for a year, getting his release in July of 1972.  The Dodgers re-signed him to finish out the year.  Perranoski signed with the Angels for 1973 but pitched in only eight games before ending his playing career.  As a Twin, Ron Perranoski was 25-29, 3.00 with 76 saves.  He pitched 360.1 innings over 244 games.  He was the Dodgers' minor league pitching coordinator from 1973-1980 and became the pitching coach of the Dodgers from 1981-1994.  He was elected to the National Polish-American Sports Hall of Fame in 1983.  Perranoski was later the Giants' pitching coach and worked for some time in the Giants' front office as an assistant to the general manager in the areas of scouting and player development.  It appears that he has now retired from that position.  He then went to Vero Beach, Florida, where Ron Perranoski passed away on October 2, 2020.

Right-handed reliever Theodore Sadowski was one of the original Minnesota Twins, playing for them in 1961 and 1962.  A native of Pittsburgh, he signed as a free agent with Washington in 1955.  He both started and relieved in the minors.  He rose slowly, not reaching AAA until 1960.  He had a solid season at Charleston that year, going 8-8, 3.15 in 44 appearances, seven of them starts.  Sadowski made his major league debut as a September call-up, but did not pitch well in nine appearances.  He came to Minnesota with the team in 1961 and made the team out of spring training, but was sent back to AAA in early June with an ERA well over six.  He pitched well at AAA Syracuse that year and once again started the season in the majors in 1962.  He again could not get the job done, and was sent back to AAA in early July with an ERA over five.  Sadowski continued to pitch well in AAA through 1963, had a poor year there in 1964, and pitched two more years in AA for the Twins before ending his career after the 1966 season.  His major league totals were 2-3, 5.76 in 43 appearances, two of them starts.  He pitched a total of 84.1 innings in the big leagues.  He apparently returned to his home town of Pittsburgh after leaving baseball, passing away there from cancer on July 18, 1993.

Right-handed reliever Michael James Bacsik played for the Twins in 1979 and 1980.  Born and raised in Dallas, he attended Trinity University and was signed by Texas as a free agent in 1973.  He really did not pitch very well in the minors--his lowest ERA in a season where he pitched more than 45 innings was 4.24 at Class A Gastonia in 1974--but he got several chances in the majors anyway.  Bacsik was with Texas for a month in 1975, for more than half the season in 1976, and for about a week in 1977.  In December of 1978 the Rangers finally gave up on Bacsik, trading him to Minnesota for Mac Scarce.  He had a good month in AAA Toledo in 1979, posting an ERA of 1.29 and a WHIP of 1.05 in 21 innings, and that was all the Twins needed to see--he came up and stayed the rest of the season.  He actually wasn't too bad:  4-2, 4.39, 1.37 WHIP in 65.2 innings.  He was having another decent year in AAA in 1980 when he was again called up in late June.  He again wasn't too bad, though nothing to get excited about:  no decisions and a 4.30 ERA.  After the season, however, the Twins traded Bacsik to Seattle for Steve Stroughter.  The Mariners released him at the end of spring training and his playing career came to an end.  He was inducted into the Trinity University Hall of Fame in 2005.  His son, also named Mike Bacsik, also pitched in the major leagues.  At last report, it appeared that the elder Mike Bacsik has returned to the Dallas area, where he was coaching youth baseball and was involved in Texas Rangers Legacy, which promotes the heritage and history of the Rangers' baseball team.

Left-handed reliever Michael John Kinnunen pitched for Minnesota for about two-thirds of the season in 1980.  Born and raised in Seattle, he attended Washington State and was drafted by the Twins in the tenth round in 1979.  He was a starter that year, but shifted to the bullpen in 1980.  He was having a fine year in AAA Toledo when he was called up to the Twins.  Kinnunen appeared in 21 games for Minnesota, pitching 24.2 innings.  He had no record, a 5.11 ERA, and a 1.54 WHIP.  Those would be his career major league stats for several years.  He went back to Toledo in 1981, pitched poorly, and was traded to St. Louis after the season for Jeff Little.  He had a good half-season in AA for the Cardinals, but did not do well when promoted to AAA and was released just before the start of the 1983 season.  He signed with Montreal in late April and spent two years in their farm system, again pitching well at AA but not so well when given a chance at AAA.  He was traded to Kansas City for 1985 and did all right in relief for Omaha, but became a free agent after the season.  Baltimore signed him and he had a fine season in Rochester, earning a September call-up and a return to the majors in 1986.  He began the season with Baltimore in 1987 but did not pitch well and went back down to Rochester in mid-May.  He had another very good year there and got another September call-up.  The Orioles were not sufficiently impressed, however, and let him go after the season.  He pitched decently for AAA Columbus in the Yankees' organization in 1988, moved on the Dodgers' and Brewers' organizations in 1989, and then his playing career was over.  He played in the Puerto Rican Winter League several years during his playing career and at last report was living in Carolina, Puerto Rico, where he was the head of the baseball program for school sports.  That last report, however, is several years old now.  Mike Kinnunen holds the record for most pitching appearances without a decision of any kind:  win, loss, or save (48).