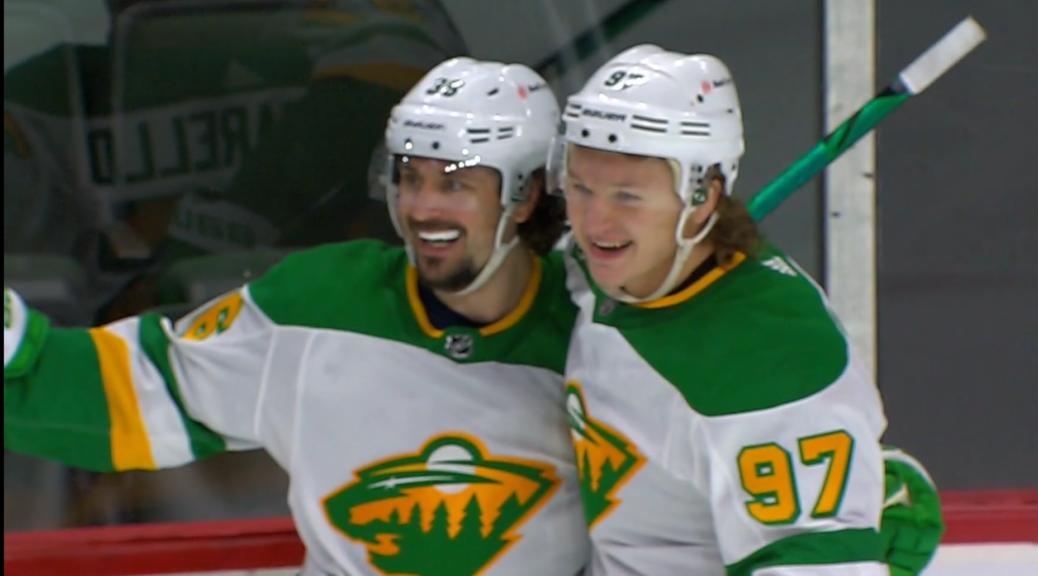 20 games remain. The end of the season approaches!

Minnesota went 2-1-1 last week, opened a wider lead on the bottom of the division and inched closer to second place in the standings. If they keep having weeks like that, it's going to be a low-stress end to the season.

This week the Wild get 2 games at home against Colorado (Monday & Wednesday)  and 2 on the road in St. Louis (Friday & Saturday).  The games against the Blues might be the more important ones.

Everyone (and by everyone, I mean internet commenters) loves to talk about measuring up against the best teams and getting blown out by the Avalanche caused a fair bit of consternation when it happened a couple weeks ago. But those two games, as disheartening as they were, had almost no effect on the Wild's position in the standings.

The Blues are currently in 5th place (tied with San Jose), so every win against them reduces the playoff magic number two-fold. I'd rather sew up a playoff spot early and rest players.  Winning games against St. Louis is the way to do that.

Kaprizov continues to be amazing. Tune in just to watch him. That's an order.