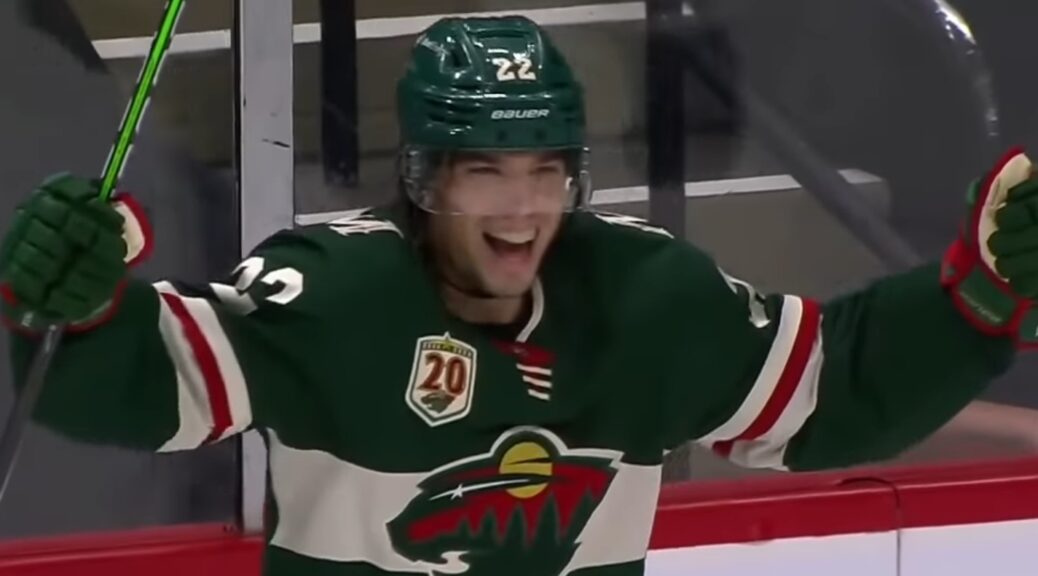 With the two games just played against the Blues, the Wild have begun a three week stretch where they play only the middle part of the division. 5 more against St. Louis, 3 against San Jose, 3 against Arizona, and 1 against Los Angeles will take us into May.

This week all the games are at home (Wild have a 14-4 home record), so hopefully that bodes well.

Two-game split with the Avalanche

The season series with the Avalanche is all done.  The Wild went 3-5 with one of those wins coming in overtime.  I think that's a pretty reasonable outcome for Minnesota - hard to expect much more than that against a team that's as good as Colorado.  Goal differential across the season series was +6 for Colorado (31-25).  The Wild just weren't able to shut them down the way they do just about every other team.

The power play really took off in this two-game set (6 goals on 20 shots), and showed how a successful power play can really help a team be competitive.  The Wild scored 6 power play goals in two games, compared to the Avalanche's 3, which made the first game (a 5-4 loss) look better on the scoreboard than it was, and helped make the second game an 8-3 laugher instead of a much closer contest.

I'm trying not to draw too many conclusions from that super-fun explosion of goals on Wednesday night, but I will note this: Colorado's goaltending is almost completely dependent on Grubauer. They just traded to add Devan Dubnyk, which changes very little in this regard. If Grubauer is bad or unavailable, the Avalanche are a much easier team to play against. Keep that in mind if Minnesota-Colorado happens in the post-season.

Two losses to the Blues

The Wild have not been as good on the road (10-9-3 road record). And considering how badly they got blown out in Friday's game (losing 9-1), they really shouldn't be able to complain about missing out on points.  But ... giving up the tying goal in the final minute, and the game-winner in the final seconds of OT hurts quite a  bit.

If you wanted to, at the :03 second mark of this video, you could get really mad at the NHL for deciding that cross checks to the back away from the play are never ever penalties. Or you could admire Kaprizov's ability to find space (both Colorado defenders skated by him while he was down and apparently forgot about him?)

Or both. I can't tell you what to do.

Kirill Kaprizov is at it again. pic.twitter.com/iGg6cKUxur

Here he is again, sneaking behind an Avalanche defenseman to find just a touch of space and score.

Kaprizov one-times this through the legs of Nichuskin into the net. #mnwild pic.twitter.com/9nlotDvgxH

Even when they notice him, he still manages to find a way to make it work.

Find someone who protects you the way Kaprizov protects a puck #mnwild pic.twitter.com/d60YG6PnSR

He's going to win the Calder trophy as rookie of the year.  He remains first in rookie goals and points. He's got the most ice-time of any rookie forward, he's third in power-play points by rookies even though the Wild power play wasn't allowed to score for the first half of the season.

He's great. Tune in just to watch him. I'm telling you what to do, because I can.