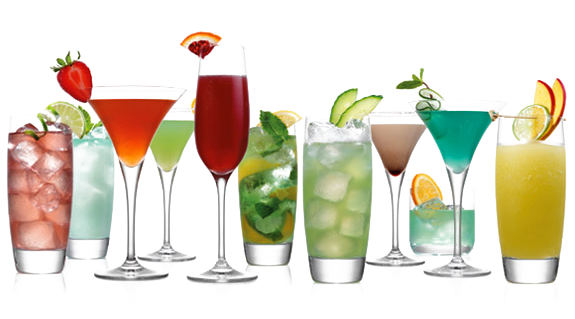 During the Great War more than a century ago, the entrenched Hun rightly came to fear the French 75 millimeter field cannon. Designated the Canon de 75 modèle 1897 by the French military, it was a mobile, accurate, fast-firing artillery piece that rained down death and destruction upon the enemy. So of course it makes sense that it would become the inspiration for a classic sparkling wine cocktail, the French 75.

Our gin exploration tour made a stop in 1915 Paris last night when we gave the French 75 a whirl in the ultra lounge. According to legend, Harry MacElhone, a bartender from Scotland who learned his trade in London, invented the French 75 (or at least a prototype of it) while working at the New York Bar in Paris during WWI. He must have earned some tidy tips because after the war he would buy the joint and rename it, what else, Harry's New York Bar. There's a nice symmetry to this story since it combines elements from France, Britain, and America to form a formidable cocktail alliance that's stood the test of time. And as our experience last night confirms, if you're not careful the French 75 could well blow your head right off.

The French 75 is easy to make, exceptionally refreshing, and powerfully potent. The basic recipe allies gin, lemon juice, sugar and champagne. In that way it's similar to a Tom Collins, with the champagne instead of club soda providing the bubbly effervescence (and a little extra kick in the pants). The main difference is in the preparation and presentation. I reviewed several French 75 recipes and while they all agree on the main ingredients, there are differences of opinion on the proportions. As with most things, I let personal preference be my guide, and you should absolutely feel free to do the same. This is a basic recipe that you can use as a starting point and then adjust to your taste:

A quick note here - like revenge, this is a drink that is best served cold, very cold. So make sure that your champagne is well chilled before you start. Ours wasn't quite there when we started last night, but with the help of an ice water bath it made it there by the third round. Now, in a cocktail shaker combine the gin, lemon juice, and syrup. Add ice to the level of the liquid and shake well, at least 20 seconds or so. You want to really feel the frost in your hand before you're done with the shake. Strain this into a champagne flute, then top off with the champagne. If you fancy some fancy, a long curly peel of lemon is the traditional garnish.

The different recipes I perused suggested several variations on the main theme. You do want to start with good quality ingredients, but you don't have to spend a fortune. We used our Aviation gin and Korbel extra dry champagne. I don't see a lot of sense in adulterating a really good champagne, but let your wallet and taste buds be your guide. If you like things dry, go with a brut, if you like things sweeter, you can use more syrup or substitute a Moscato or Prosecco as the sparkling wine. I saw one recipe that called for cognac instead of gin, and another that suggested a honey rather than sugar simple syrup for a little more character. Sans the champagne, that's basically the recipe for a Bees Knees, allegedly invented a few years after the war and the French 75 in an American speakeasy to help  mask the dubious flavor of their bathtub gin. As I alluded earlier, the French 75 should be served with a warning, because like a good courtesan they are deceptively intoxicating and go down with brazen ease. So be sure to enjoy responsibly.