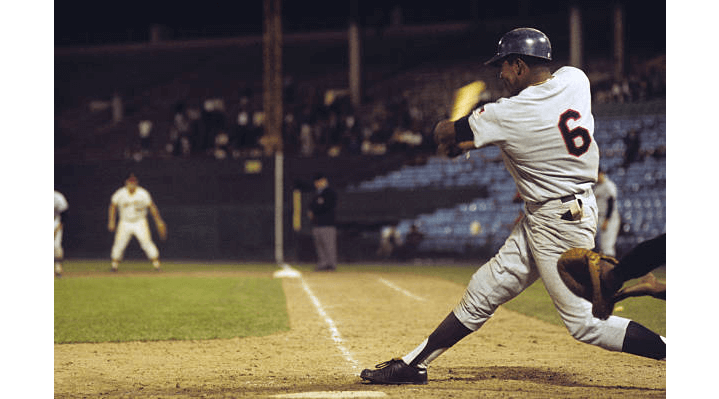 Opposition stars: Mickey Stanley was 2-for-3 with a home run. Elliott Maddox was 2-for-3. Willie Horton was 2-for-4. Earl Wilson pitched six innings, giving up two runs on three hits and no walks and striking out two.

The game: Maddox led off the third with a single and was bunted to second. Wilson then doubled, but Maddox was only able to make third--presumably it was a fly ball that he thought might be caught. Stanley walked to load the bases, but Dick McAuliffe hit into a double play to end the inning and keep the game scoreless.

The Twins took a 2-0 lead in the fourth on solo homers by Oliva and Reese. Stanley hit a solo homer in the sixth to cut the lead to 2-1. It stayed 2-1 until the eighth, when Paul Ratliff doubled, went to third on a Frank Quilici single, and scored on a sacrifice fly by Kaat. But in the ninth, Horton singled and Jim Northrup hit a one-out triple to cut the lead to 3-2. Kaat left in favor of Stan Williams, who allowed a sacrifice fly by Norm Cash to tie it at three.

In the bottom of the ninth, Oliva hit a one-out single and went to second on an error. Harmon Killebrew then delivered a single to right to score Oliva and give the victory to the Twins.

Notes: Quilici was at second base in place of Rod Carew. Ratliff was behind the plate in place of George Mitterwald. Jim Holt replaced Brant Alyea for defense in the eighth.

Carew would not play again until May 6. I don't know if he was injured or if he was fulfilling a National Guard commitment.

Leo Cardenas was moved up to the second spot in the order with Carew out, but went 0-for-4 and was batting .191.

The Tigers' third was interesting.  Maddox, batting in the seventh spot, led off with a single.  Eighth-place batter Cedar Guttierez then bunted, with pitcher Earl Wilson coming up next.  It worked, as Wilson delivered a double, but how often do you have the eighth-place hitter bunt with the pitcher coming up next?  But Wilson was a pretty good batter.  His career batting line is .195/.265/.369 with 35 home runs in 740 at-bats.  A .195 average may not sound like much, but he played almost his entire career in the 1960s.  There are middle infielders who had substantial careers in the 1960s with lower batting averages than that.

Record:  The Twins were 9-4, in first place in the American League West by winning percentage, but a half game behind California.