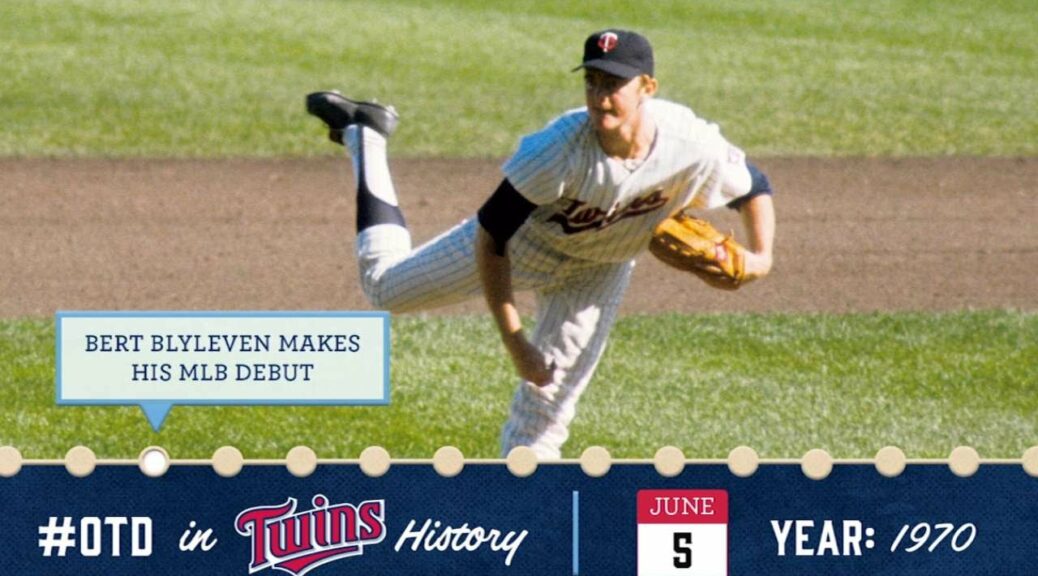 The game:  Cesar Tovar led off the game with a walk, stole second, and scored on an Oliva single to put the Twins up 1-0.  Maye led off the bottom of the first with a home run, tying it 1-1.

The Twins put men on second and third with two out in the fourth, but it stayed 1-1 until the fifth.  Quilici led off with a single, was bunted to second, and scored on a Tovar single to put the Twins up 2-1.

And that was it.  The Senators only twice got a man to second and never got a man to third, as the Twins held the 2-1 victory.

Notes:  Jim Holt was in left field in place of Brant Alyea.  Quilici was at second base in place of Rod Carew.  Carew would not return until June 9, so he apparently was dealing with some minor injury or illness.

As you have probably figured out by now, this was Blyleven's major league debut.  He had been 4-2, 2.50 at AAA Evansville.  The story he told so often was true--the first man he faced, Lee Maye, hit a home run off him.  And in fact, he did strike out Frank Howard in the sixth.

We're in early June, and neither Tovar, Killebrew, nor Oliva has been given a game off yet.  I know this is the old days when men were men, but I suspect Bill Rigney was somewhat of an old-school manager even for his time.

The Senators played two ex-Twins:  second baseman Bernie Allen, who was 1-for-3, and John Roseboro, who pinch-hit and was 0-for-1.

Casey Cox was a pretty fair pitcher for several years:  39-42, 3.70, 1.32.  I suspect his won-lost record is affected by the fact that he spent his entire career with bad teams:  the Senators/Rangers and the early-seventies Yankees.  He appeared in 308 games, starting 59 of them.  Slightly more than half of his starts--30--came in 1970.

Record:  The Twins were 32-15, in first place in the American League West, two games ahead of California.