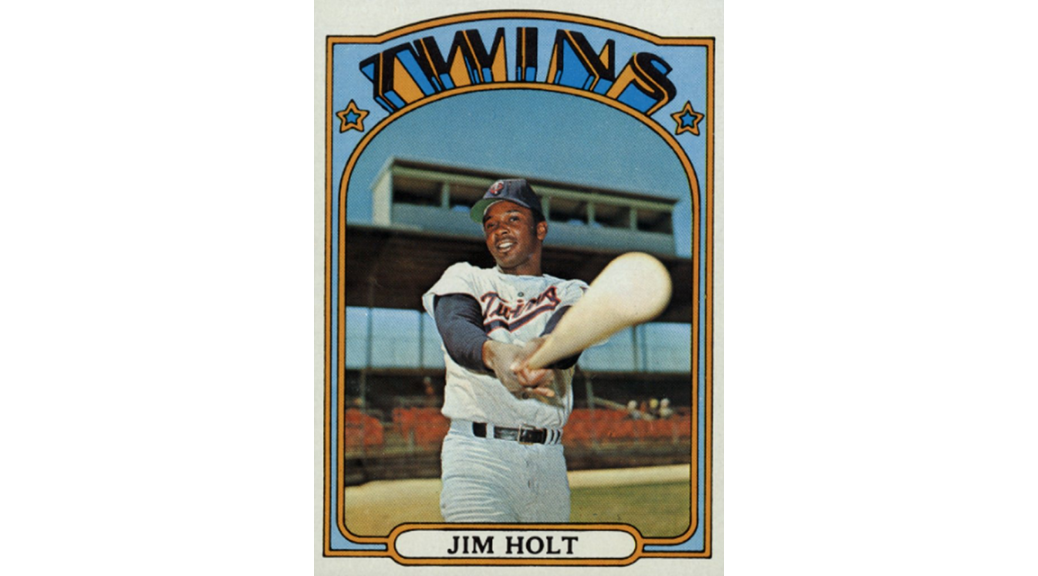 Pitching star:  Jim Perry pitched an eleven-inning complete game, giving up one run on five hits and three walks and striking out seven.

And there was no more scoring until the eleventh.  The Twins got a one-out double from Oliva in the fourth, a leadoff double from George Mitterwald in the fifth, and started the sixth with a single and a walk.  Jackson hit a two-out double in the seventh.  The Athletics got a man to second in the eighth and in the ninth.  The Twins loaded the bases with none out in the tenth when Cesar Tovar walked, Danny Thompson reached on a sacrifice bunt/error, and Oliva was intentionally walked, but Harmon Killebrew hit into a 5-2-3 double play and Rick Renick grounded out.

Came the eleventh.  Oakland went down in order.  Holt led off the bottom of the inning with a home run and the Twins were victorious.

Notes:  Holt was again in center, with Tovar in left and Brant Alyea on the bench.  Thompson was at shortstop, with Frank Quilici at second and Leo Cardenas on the bench.  Killebrew pinch-hit for Reese in the tenth and stayed in the game at first base.

I don't know when the last time is that someone pitched eleven innings in a game, but I'm pretty sure it hasn't happened in the last few years.

The Twins had played twenty-five innings in the last two games and used four pitchers.  There were a total of six runs scored in those innings, four by the Twins and two by the opposition.  Each game was decided by a walkoff home run.

It's not every game you have Catfish start and he gets replaced by Mudcat.

Record:  The Twins were 68-38, in first place in the American League West, eight games ahead of California.