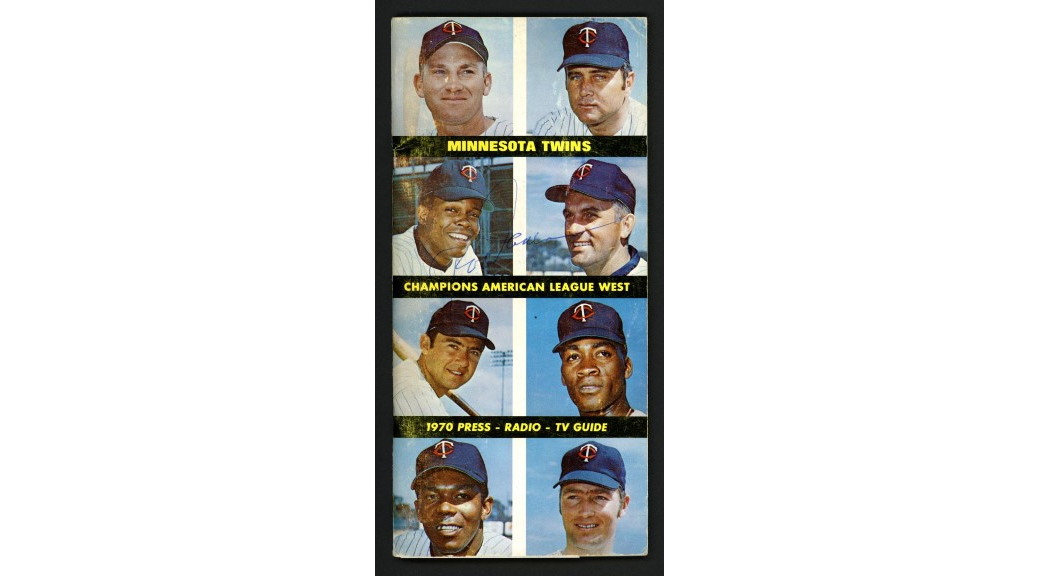 Opposition stars:  Bart Johnson was 2-for-4.  Gail Hopkins was 1-for-3 with a home run, his sixth.  Syd O'Brien was 1-for-3 with a two-run homer (his eighth) and a walk. Johnson also struck out ten in eight innings, giving up three runs (one earned) on ten hits and three walks.

The game:  The Twins had two on with one out in the first, but nothing came of it.  Hopkins homered in the second to put the White Sox on the board.  In the third Johnson singled and O'Brien followed with a home run, making the score 3-0 Chicago.

Two runs was as close as the Twins would come.  They got a pair of two-out singles in the seventh, but did not score.  In the eighth Bill Melton walked, Ken Berry reached on an error, and Bobby Knoop hit a two-out two-run double to make it 5-1 Chicago.

The Twins did not give up.  Ratliff and Jim Holt led off the ninth with singles, and a passed ball moved them to second and third.  The next two batters went out, but Danny Thompson reached on an error to bring in a run and a wild pitch brought home another.  Harmon Killebrew walked, bringing the winning run to the plate, but Alyea struck out to end the game.

As we said before, the Twins had pretty much settled the division race.  However, this loss and an Oakland win kept the magic number where it was.

Record:  The Twins were 87-57, in first place in the American League West, 7.5 games ahead of Oakland.  Their magic number remained at eleven.