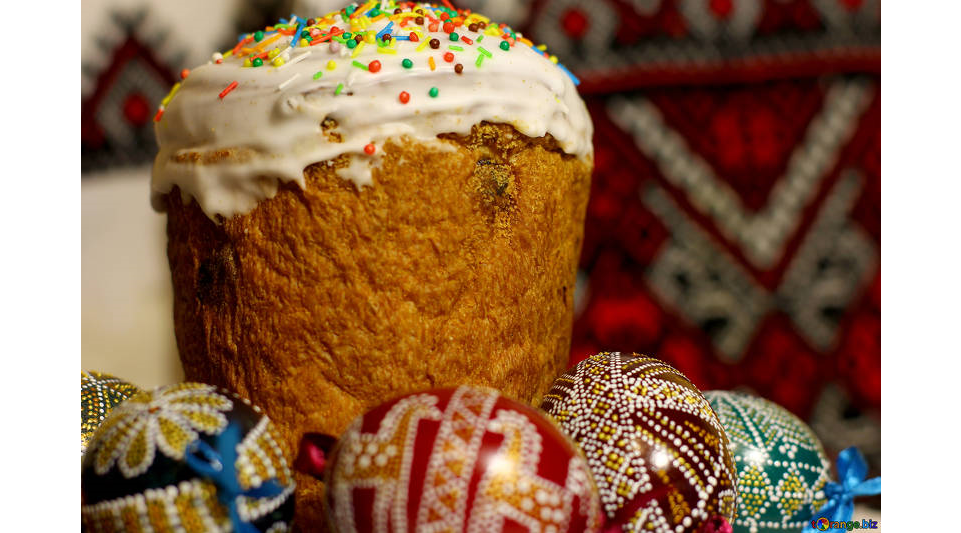 Andy Cooper pitched in the Negro Leagues from 1920-1939.  He managed the Kansas City Monarchs to four consecutive Negro American League Championships from 1937-1940.  He also holds the Negro Leagues career record for saves with 29.

Frank Lucchesi managed in the minors for twenty-three seasons and in the majors for seven seasons.

We would like to wish a very happy fifteenth birthday to Miss SBG.

Right-hander William Robert Singer was with the Twins for four months in 1976.  He was born in Los Angeles, went to high school in Pomona, California, and signed with the Dodgers as a free agent in 1961.  He advanced rapidly through the minors, reaching AAA in 1964 at age 20.  He averaged over 200 innings per season in three years at AAA Spokane.  His numbers weren’t that great, but it was the Pacific Coast League, and the Dodgers thought enough of him to give him a cup of coffee each of those three seasons.  Singer made the team in 1967 and was in the majors for good.  He was part of some fine pitching staffs with the Dodgers, and while he was never the ace he certainly contributed well.  His best year as a Dodger was 1969, when he was 20-12 with a 2.34 ERA and pitched 315.2 innings.  He was injured part of 1970, but remained in the Dodgers’ rotation through 1972.  That off-season, the Dodgers traded Singer to the Angels, where he played for three years.  His first season was there was his best; he went 20-14, 3.22 and again pitched 315.2 innings.  He was again injured the following season, but remained in the Angels’ rotation through 1975.  The Angels traded him to Texas after that season, and in June of 1976 he was traded to Minnesota along with Mike Cubbage, Jim Gideon, Roy Smalley, and $250,000 for Bert Blyleven and Danny Thompson.  He finished the season with the Twins and pitched fairly well, going 9-9, 3.77 in 172 innings.  He was left unprotected in the expansion draft, however, and Singer was selected by Toronto.  He was the starting pitcher in the Blue Jays’ inaugural game, but he did not pitch well, was injured a couple of times, and was done by mid-July.  He remained in baseball after his playing career ended, working in the front office for Florida, Arizona, Pittsburgh, and Washington.  At last report, Bill Singer was living in Sarasota, Florida, and was a scout for the Washington Nationals.. but that last report is a few years old now.

Left-hander William Culp Krueger was with the Twins for five months in 1992.  He was born in Waukegan, Illinois, but attended high school in McMinnville, Oregon.  He attended the University of Portland and signed with Oakland as a free agent in 1980.  He rose rapidly through the Oakland system and made his debut with the Athletics in 1983, jumping from AA to start the season in the majors.  He pitched pretty well but was injured in early August, missing the rest of the season.  He was a mediocre starter for Oakland in 1984 and 1985 and was injured much of 1986.  He continued to pitch poorly 1987 and was traded to the Dodgers in June.  Krueger spent much of 1987 and 1988 in AAA, but after a strong 1988 in Albuquerque he was traded to Pittsburgh.  The Pirates released him in spring training and he signed with Milwaukee.  He pitched well in the Brewers’ bullpen in 1989, having his first good season in six years, and by mid-June of 1990 he was placed in the starting rotation, where he continued to pitch well.  After the 1990 season, Krueger became a free agent and signed with Seattle, where he had another good year.  He was a free agent again after 1991 and signed with Minnesota.  He made 27 starts as a Twin, going 10-6, 4.30 with a 1.31 WHIP.  In late August, the Twins traded Krueger to Montreal for Darren Reed.  Once more a free agent after the 1992 season, he signed with Detroit.  He made four starts at the beginning of the season and three at the end, pitching out of the bullpen the rest of the time, and did pretty well.  It was to be his last good season, however.  He got off to a poor start in 1994, was released in June, signing with San Diego ten days later.  He remained with the Padres until May of 1995, was released again, and signed with Seattle in mid-June.  He spent most of his time with the Mariners in AAA, coming up to make five starts.  His playing career came to an end after that.  At last report, Bill Krueger was the Director of Individual Philanthropy for Northwest Center, a nonprofit organization that helps people with disabilities.  He was also a broadcaster for Root Sports Northwest.

Right-handed reliever Todd Barton Givin Jones made 24 appearances for the Twins in 2001.  Born and raised in Marietta, Georgia, he went to Jacksonville State and was drafted in the first round by Houston in 1989.  He was a starter for his first three years in the minors, then shifted to the bullpen in 1992.  His minor league numbers are pretty underwhelming, but he was called up to the majors in July of 1993 and had immediate success.  His role in the bullpen gradually increased in importance, as did his save total:  in his four years with Houston, his save numbers are 2, 5, 15, 17.  Despite the saves, 1996 was his worst year as an Astro:  an ERA of 4.40 and a WHIP of 1.62.  After that season, he was traded to Detroit as part of a nine-player swap.  His first year as a Tiger was a good one, but after that had a fairly high ERA and a fairly high WHIP.  By this time, however, he was an established closer, and he remained in that role through 2000, when he led the league with 42 saves.  In 2001, however, he lost the closer role and then was traded to Minnesota at the end of July for Mark Redman.  Jones appeared in 24 games for the Twins, going 1-0, 3.26 with a WHIP of 1.76 in 19.1 innings.  He became a free agent after the season and signed with Colorado.  He stayed with the Rockies for a year and a half, but did not pitch well and was released at the end of June of 2003.  He made one start as a Rockie in 2003, giving him the record for most appearances prior to his first start (632).  He finished the year with Boston, continuing to not pitch well.  He moved on to Tampa Bay for 2004, was released in spring training, signed with Cincinnati, and was traded to Philadelphia in July.  He signed with Florida for 2005 and had his first good season in many years, posting a 2.10 ERA and a 1.03 WHIP in 73 innings.  He had 40 saves that year.  He was once again a free agent after that season and went back to Detroit.  He was the Tigers closer for three years and did about what he had done in his previous stint, posting high ERAs and high WHIPs but getting a good number of saves.  He finally lost the closer role in 2008 and retired after the season.  He is probably the worst closer to compile 300 saves, but he still has the saves, and they put him in some pretty good company.  At last report, Todd Jones was living in Pell City, Alabama.  He was coaching local youth baseball teams and was very active in a number of charities.  He also was part of a Jimmy Buffett tribute band called "Come Monday".  He is a member of the Alabama Sports Hall of Fame.

Outfielder John Delbert Barnes played in 20 games for the Twins from 2000-2001.  He was born in San Diego and went to high school in El Cajon, California.  He then attended Grossmont College in El Cajon and was drafted by Boston in the fourth round in 1996.  He put up decent but unspectacular numbers in the minors for two and a half years for the Red Sox, rising as high as AA, and then was traded to Minnesota along with Joe Thomas and Matt Kinney for Orlando Merced and Greg Swindell.  He was okay, but no more, for New Britain.  Then, in 2000, Barnes hit .365 with 13 homers at AAA Salt Lake.  He got a September call-up and hit .351 in 37 at-bats.  He fell to .293 in 2001 at AAA Edmonton, but got another two weeks with the Twins.  The Twins put him on waivers in September, however, and he was chosen by Colorado.  As a Twin, John Barnes hit .241/.313/.310 in 58 at-bats.  He played in AAA for the Rockies in 2002, then was let go.  He moved on to Pittsburgh for 2003 and hit .323 with 13 homers in AAA, but was not brought up to the majors.  In 2004, he hit .348 in AAA with the Dodgers, but it again did him no good.  He moved on to the Braves’ AAA team in 2005.  He then signed with Boston and tried, at age 30, to become a knuckleball pitcher.  He had some success, rising as high as AAA, but not enough to convince the Red Sox to bring him to the majors, and he called it quits after the 2007 season.  At last report, John Barnes was a Senior Hospice Consultant for Bridge Home Health & Hopsice in Modesto, California.

Left-handed reliever Jovani Moran made five appearances for the Twins in 2021.  He was born in Mayaguez, Puerto Rico, attended the Carlos Beltran Baseball Academy, and was drafted by the Twins in the seventh round in 2015.  He made six appearances in rookie ball in 2015, then missed all of 2016.  He came back to have a tremendous year in rookie ball in 2017 and did quite well in Class A in 2018.  He struggled when promoted to AA in 2019, missed all of 2020 because there was no minor league play, but came back strong in 2021, dominating in AA and still pitching well in AAA.  He got a September call-up and struggled, going 0-0, 7.88, 2.0 WHIP with ten strikeouts but seven walks in eight innings.  He's off to a slow start in AAA in 2022, although it's just five innings.  He turns twenty-five today.  Control has been an issue for him, even when he's pitched well.  If he can learn to throw strikes consistently, Jovani Moran could have a substantial major league career.  That is, of course, a pretty big "if".