Finally, we get to go home and take on somebody our own size. The Dodgers (35-44) are the epitome of a small-market club, struggling to make payroll, playing their games in an old, rundown stadium with trough urinals.

They do have some Midwestern charm, however: The Dodgers owe everybody and their mother money:

The team owes Los Angeles $240,563 in taxes. It also owes Levy Restaurants $588,322 for running the concession stands at the stadium, as well as $339,403 to Continental Airlines for team travel.

Some of the Dodgers' major payroll creditors include former players Manny Ramirez ($20.9 million), Andruw Jones ($11.1 million, currently with the NY Yankees), and Juan Pierre ($3.05 million, currently with the Chicago White Sox, who is also owed $3.5 million for his trade). Other players on the list include the current roster, and the LA Times points out that two of the players owed money (Zach Lee and Alexander Santana) haven't even begun playing yet. Also on the list: longtime sportscaster Vin Scully ($152,778).

That would be the best-PBP-voice-in-baseball Vin Scully. Unfortunately, Scully, 82, rarely does away games east of Denver these days. So scratch that from the list of attributes for this series.

Instead, let's just hope Our Boys can get some Mojo back in order to make a run at respectability. They still have a shot at the International League playoffs!!!11one111!!!!

Billingsley is right at league averages for GB%, FB% and LD%. His 5 1/3 innings against Detroit last Tuesday (6 hits, 2 BBs, 6 Ks, one run) was his longest outing in a month. He has given up four or more runs in four of his last six starts. Even better, the Dodgers' bullpen has been awful -- minus 20.7 pRAA on the season (the Twins' pen is only -12.5 pRAA).

Offensively, the Dodgers have been mediocre, with the glaring exceptions of Matt Kemp (327/416/619) and Andre Ethier (317/389/461). If we can avoid Neck Fat giving those guys hanging sliders, we might actually win this series.

We had friends over last night (for our monthly chavurah dinner party), so I missed the game. I grilled burgers, made margaritas (on the rocks; 3 parts mix, 2 parts triple sec, 2 parts Sauza Blanco), and I made baked beans. Others brought a big fruit salad and "S'mores bars" (zomg!)
END_OF_DOCUMENT_TOKEN_TO_BE_REPLACED

Now that the Bruins have brought championship pride back to Boston at long last, it seems fitting that we all celebrate. My notion is to fuel Vancouver's fires with some additional methane.

So, today's legume recipe is for a version of dal makhani. Traditionally, this is made with black urad dal (Vigna mungo), but, in a slight nod to the admittedly delicious Madras Lentils from Tasty Bite (which I've bought numerous times at Costco), I use plain ol' brown lentils.

My recipe goes a step further in that it is vegan, in recognition of my daughter's continued culinary crusade. The dish is better with the addition of some dairy (butter and/or cream), but is pretty good as-is too.
END_OF_DOCUMENT_TOKEN_TO_BE_REPLACED

In Friday's CoC, Greek(??) was calling for recipes to up his veggie intake. The specific context was Indian food, but I was determined to have burritos last night, so the Indian recipes will have to wait.

Instead, I'm offering a refreshing, crunchy salad/salsa, easy to make and perfect to accompany something On The Grill (ahem -- consider that a Batsignal, Banjo).

for the dressing:
1 tsp ground chile (New Mexico or California, or paprika can substitute, 1/4 to 1/2 tsp cayenne
a big pinch of kosher salt and a few grinds of black pepper

gently heat the chile, salt and pepper to "bloom" the essential oils (a quick zap in the microwave, or heat briefly in a small frying pan). Put into a small mixing bowl and combine with honey, then the garlic and lime. Whisk in olive oil until you've reached your desired consistency (about 1/3 cup of oil). Check for seasoning. If it needs more acidity, add a few drops of red wine vinegar or more lime juice.

gently combine all vegetables and dress with the viniagrette. Mix in the cilantro and serve. This works as a salad or salsa. Great accompaniment to grilled chicken, ribs, pork, fish, black beans...beer and chips. 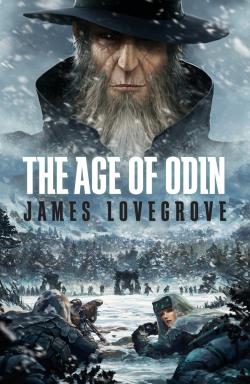 This is beach reading, perfect for a teenage boy who has already seen Thor and X-Men: First Class, waiting eagerly for Green Lantern to open. Disposable, largely devoid of any effort to raise Big Ideas, and somewhat hampered by a rather clumsily done development of the bad guy (Loki) as a thinly veiled Sarah Palin. Oooh, so topical! But it reads quickly for its 585 pages. And, perhaps most importantly, it got me in the mood to start George R.R. Martin's A Song of Ice and Fire series.
END_OF_DOCUMENT_TOKEN_TO_BE_REPLACED

In honor of Memorial Day, the soul of brevity:

Both are 4-4 on the season, both have average-ish FIPs, both induce a lot of ground balls but miss very few bats.

Another "tough weekend" in the rearview mirror.

Twins fans were a-twitter after a three-game run against Seattle and Oakland that seemed to signal that the end of the dark times was nigh, as predicted by the prophet Harold Camping. All those hopes foundered on the plain of Megiddo Maricopa, as the Righteous were denied three times by the serpents in the service of Kirk Gogson.

But the false prediction might not be so easily effaced from the lives of Twins followers. The L.A. Times writes that a 38-year-old tractor trailer driver took a road trip with his family to see the Twins before the world ended.

"With maxed-out credit cards and a growing mountain of bills, he said, some wins would have been a relief," the paper writes.

But he is not angry at Camping for his false prediction. "Worst-case scenario for me, I got to see Baker and Liriano outhit their catchers," he told the paper. "If I should be angry at anybody, it should be me."

An east coast fan, who spent $140,000 of his life savings to advertise the Twins resurrection in New York, said he was dumbfounded when life went on as usual Saturday.

Fortunately, life and the season go on.

Seattle comes in on a roll, having won five straight since the Twins bested F-Her.
Pitching matchup: Afternoon baseball has a way of building an appetite while simultaneously sapping the will to invest the time and effort to make a complex meal. This dish tastes complex, but it's pretty simple to make, and takes only one pot (plus a pot for rice). The inspiration for this dish comes from here, here and here. It can be made with dried chana dal, but my kids actually prefer the quick version with canned chick peas (garbanzo beans).
END_OF_DOCUMENT_TOKEN_TO_BE_REPLACED

Finally, the Twins get to pick on somebody their own size. The Worst Team in Baseball is 12-256; the Mariners, 16-23 and in last place in the A.L. West, percentage points "up" on the Bitch Sox for second worst record in the A.L.

Seattle returns home from an 0-4 East Coast (err, Bal'more and Cleveland) trip that ended with consecutive rainouts. So they should be well rested.

Oh, and in case that wasn't discouraging enough, here's some salt in your wounds from the Yahoo preview:

Minnesota outfielder Delmon Young(notes) went 1 for 12 with seven strikeouts against Toronto over the weekend in his return from rib soreness that sidelined him nearly a month. Young is a .227 lifetime hitter at Safeco Field with 18 strikeouts in 66 at-bats.

Enjoy some West Coast baseball, kids. I will be at the Girl's violin lesson for most of this one.