In true half-baked fashion, I'm reviving the Half-Baked Hall and completely changing most of the format. I'm sad that it halted, and I just didn't have the energy to keep it going the way it was, and it appeared most of you didn't either. Hats off to NBB who posted a bio for George Kell 18 months ago, the last time this project was going. Coincidentally I'm sure, NBB posted his bio for Kell just a couple weeks before my daughter was born.

To recap, we have held votes for every year from the beginning of baseball through 1956. We finally broke the color barrier, electing Jackie Robinson. Lou Boudreau and Ralph Kiner each landed two-thirds of the vote, joining a bunch of players who are thus far on the outside looking in. We may relitigate some of these older players later, but for now I want to focus on the players that at least some of us watched play.

So now, the new format:

Who belongs in the Half-Baked Hall?

We're now entering the part of the ballot that gets perhaps somewhat trickier, as a lot of the players lost time due to being in the Negro Leagues, being at war, or both. So when you look at Ted Williams and debating whether or not he qualifies, remember he lost five years to war.

We've also got our first Negro League only player on a ballot. Dread Pirate will do the honors this time.

Now that Jackie Robinson has been elected, I wanted to check in with you guys on your interest in considering Negro League players. If people were interested they could volunteer to do a write-up on a player (that they would want to vote for) and they could be added to the ballot.  Either a special Negro League ballot or we could just add them sporadically as we go along.

Are you interested in voting on Negro League Players?

Are you interested in doing a write up on a Negro League Player? 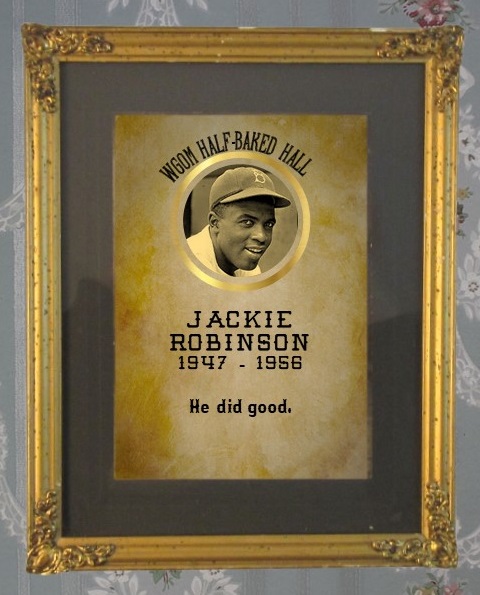 It's been pretty white up in here until now. Not only did Jackie Robinson do good, he is our only unanimous inductee for this ballot. 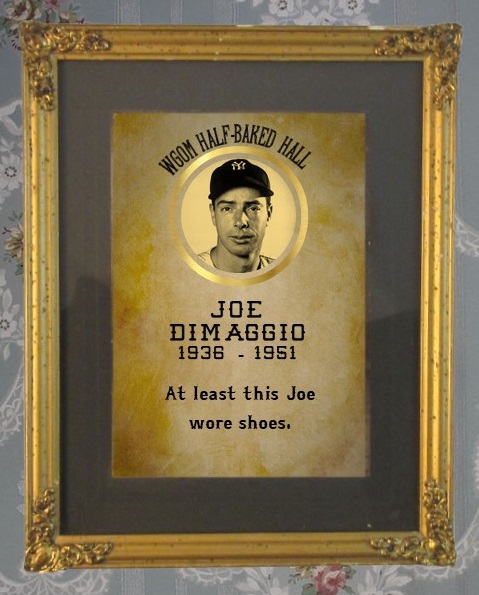 Dimaggio skates in with 94% of the vote. Hey, he wasn't Ted Williams. 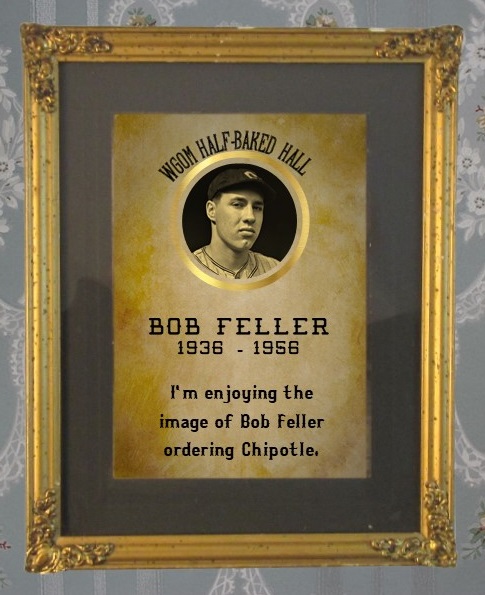 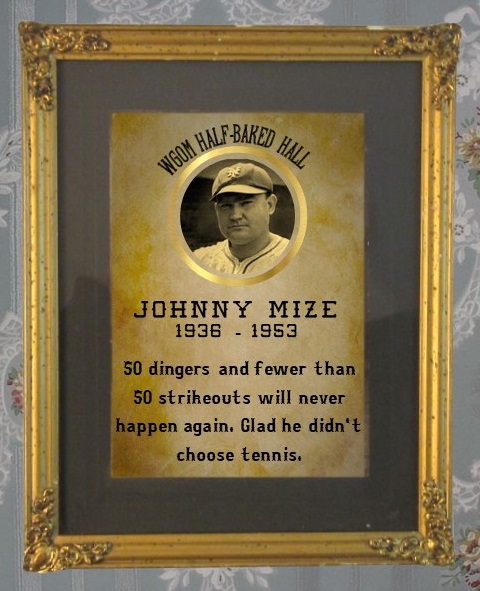 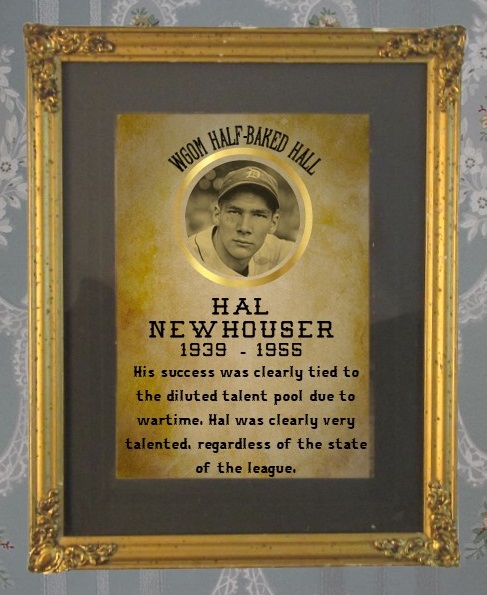 The electorate was clearly on the side of clearly very talented. At least 83% of us were. 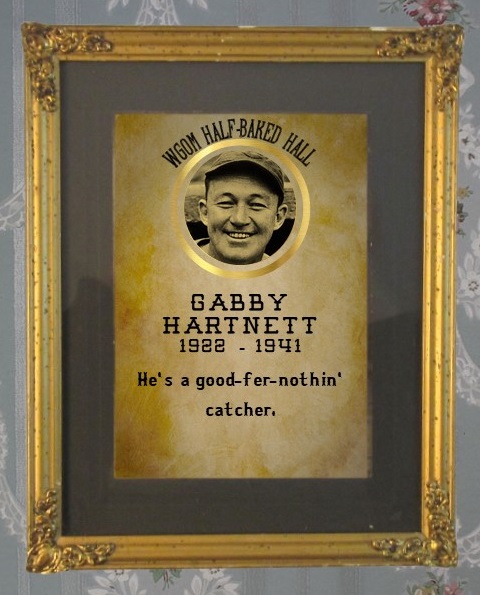 Is that Joseph Gordon-Levitt with 83% of the vote? Anyway, Gabby gets in on his fourth ballot.

Below you'll find plaques for those votes in last time. Thanks hungry joe! 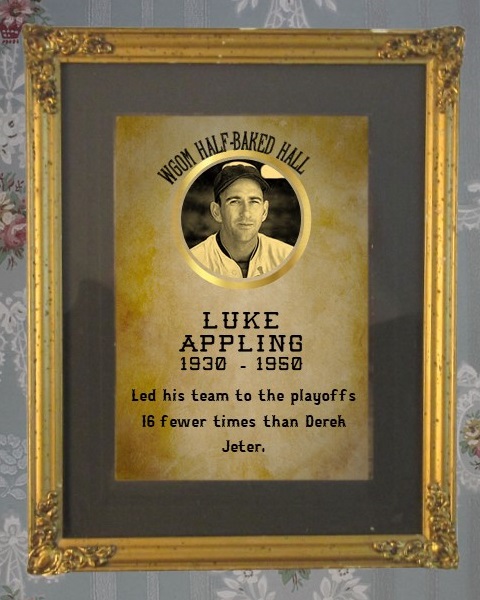 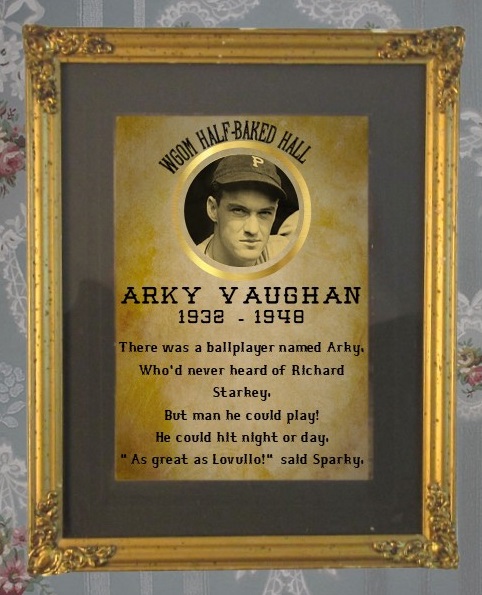 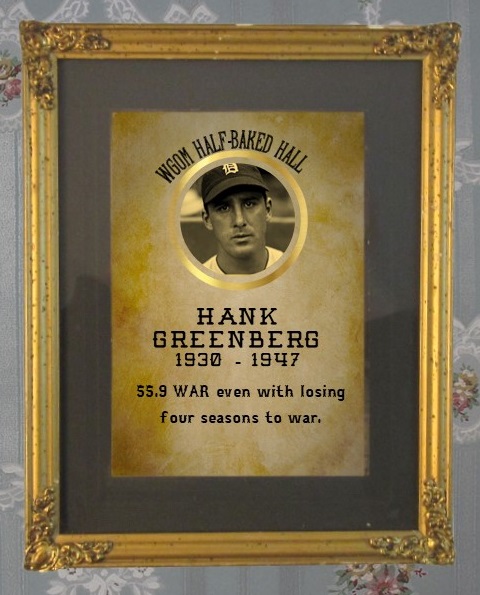 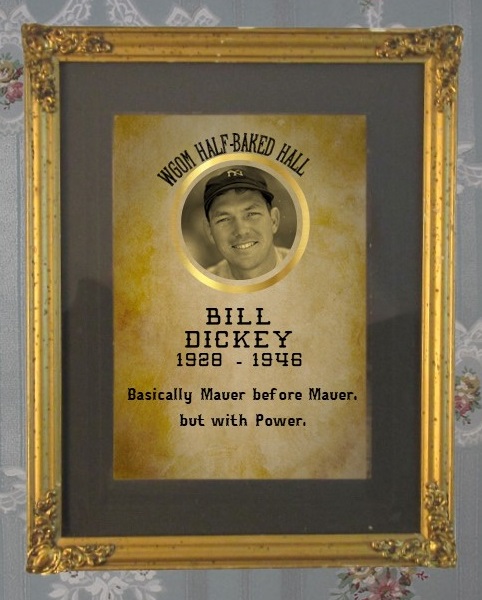 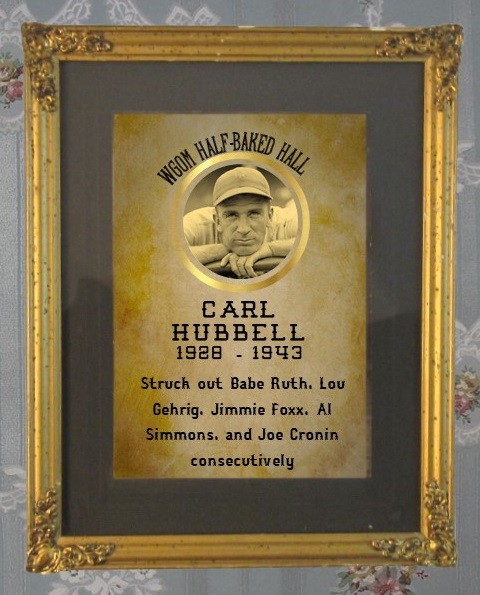 Staying On The Ballot

Boudreau and Kiner have nice debuts which will likely get them elected.  Joe Gordon makes the biggest leap, crossing that coveted 50% line. Nearly everyone else drops.

Falling off the Ballot

Bill Terry came close at times and made his final ballot push but just didn't impress enough of us to get in. Meanwhile Bob Johnson who I have a soft spot for sputtered out, as did Stan Hack.

The legendary Phil Rizzuto did not impress and is promptly booted before anyone even had a chance to do a write-up on him.

So you may have heard recently about this guy in the news named Jackie Robinson. As it turns out, he was a pretty decent player and shows up on this ballot. And philosofer was randomly assigned to finding something to write about the guy. Good luck, dude.

Also, last chance to vote for...

You've waited long enough, and you'll wait even longer to get plaques. But for now, here are your results. I'll have the next ballot up within a week. And a certain someone who was celebrated this weekend will be on it! Color barrier broken.

END_OF_DOCUMENT_TOKEN_TO_BE_REPLACED

And we're back at it! Due to the rule changes this time around, I first have to break some sad news about players who were on the ballot who have been unceremoniously cut off.

Sam Rice: Fell to 33% on his 5th ballot after starting out with 56% of the vote. That sound you hear is Scot weeping.

Hack Wilson: Fell to 28% on his 5th ballot after starting out with 44%. Who knew WGOMers weren't impressed with RBIs?

Pie Traynor: Fell to 39% on his third ballot. Sorry Pepper.

Waite Hoyt: Actually increased his vote total to 33% (+ 6 maybe) on his third ballot, but it wasn't enough.

Tony Lazzeri: Started out with 16% of the vote but with 42% giving him a maybe. Once people realized that it was okay not to vote for a Yankee, they backed off. He fell to 28% with 0% maybe on his third ballot.

Also, these players were going to be on the last ballot before we took a break, but no longer meet the threshold. Hal Trosky, Billy Jurges, Ben Chapman, Roy Cullenbine, Curt Davis, and Freddie Fitzsimmons. We hardly knew ye.

Now for what you've been waiting for. Below is your ballot. For write-ups, I gave everyone two people this time around. If you no longer want to do write-ups, please let me know.

Ballots will be sent out February 17th.  Please don't stress about the write-ups. Even a passing comment or two is welcome if you're feeling stressed for time.

It's been eight months since we last looked at the Half-Baked Hall, which I believe is the appropriate amount of half-bakedness. There seemed to be general agreement that it had become kind of a slog for some people, yours truly included, and after giving some significant thought to the matter (at least more than Murray Chass), some changes will be implemented in order to speed things up and hopefully keep things interesting.

Of course, all of this is possible because of you guys. Let me know if you have any other suggestions. Some questions:

--Should we keep "Maybe" as a voting option?
--How quickly should we hold each vote?
--Do people still want to do player write-ups?

Any thoughts are welcome as I want this to be enjoyable for everyone and not feel like a chore.

Right now, the following roles are still assigned for help:

Expect a new ballot sometime in the next couple weeks. For now, enjoy the new plaques below of previously enshrined Half-Baked Hallers. 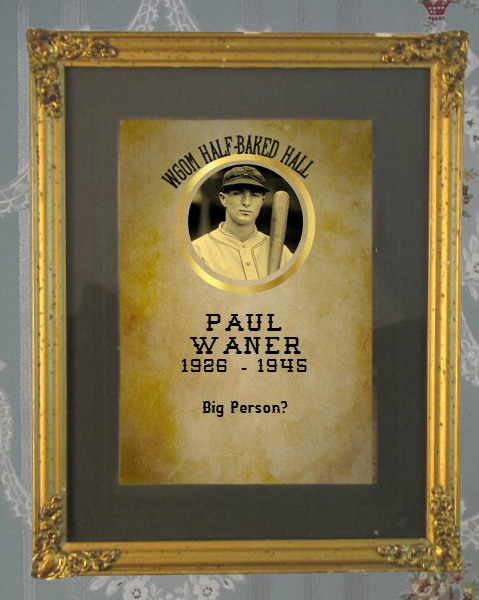 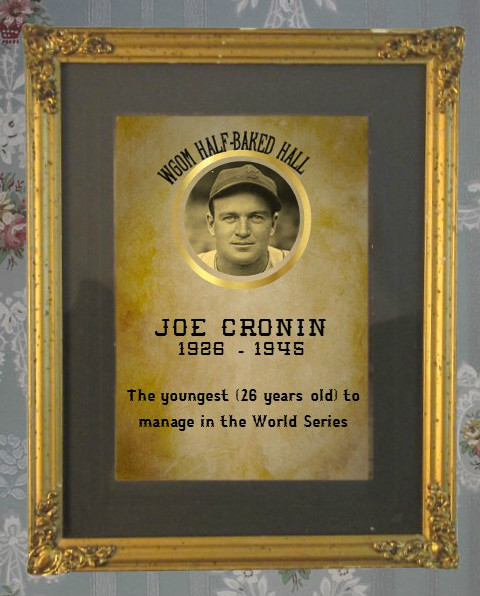 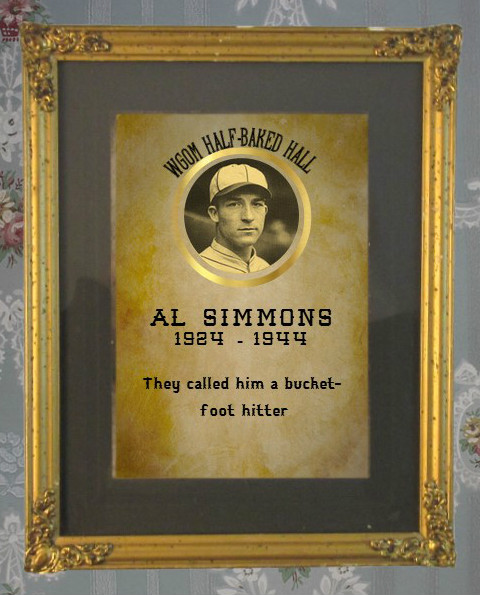 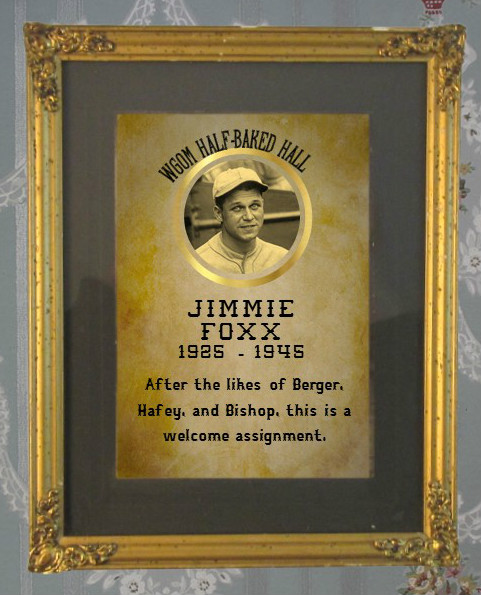 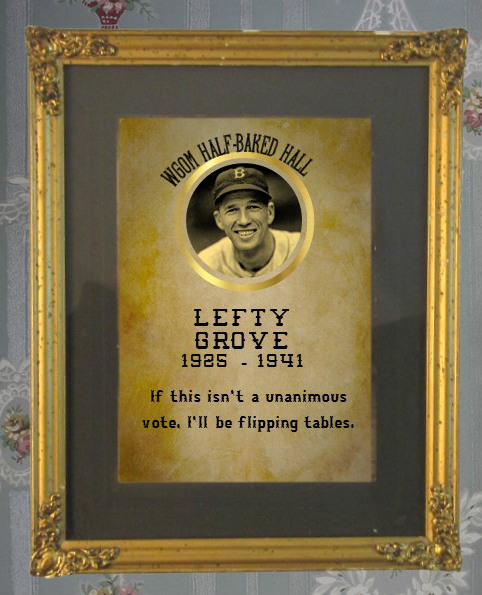 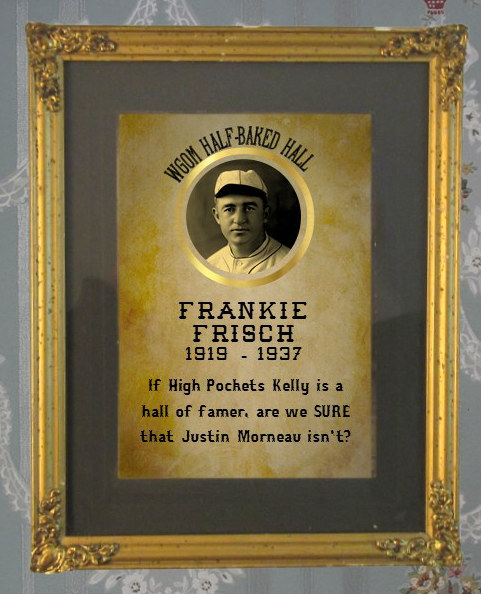 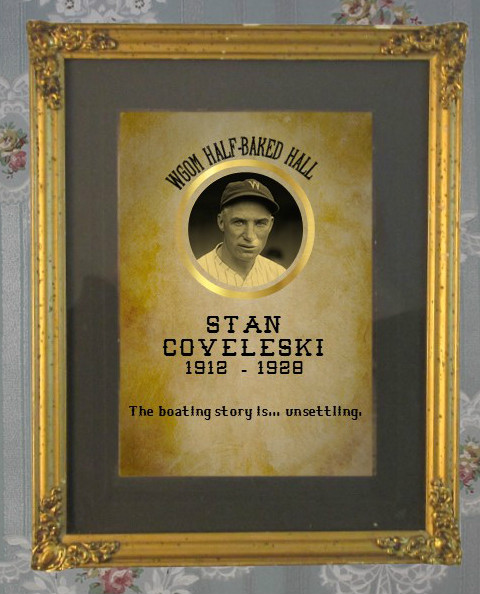 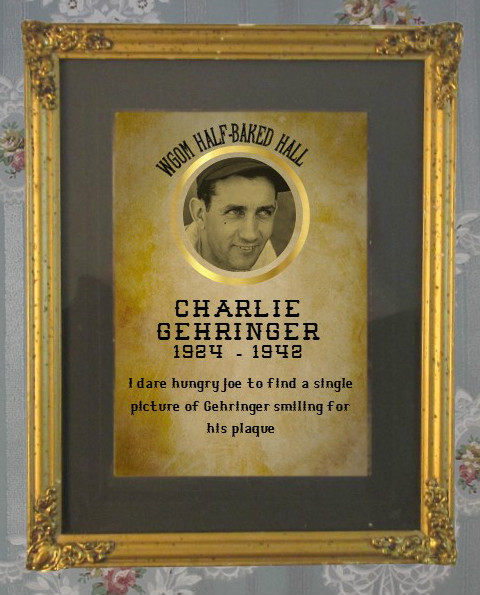 So let's keep plugging away at a snail's pace. I think I'll be more motivated once we break the color barrier.

END_OF_DOCUMENT_TOKEN_TO_BE_REPLACED

Sorry we're moving at a snail's pace here. My hours at work should abate sometime around July which will help. Also, maybe hungryjoe will have a computer by then.  I'm not bothering to create crappy plaques this time around. Maybe they'll get made later.

I also have to mention I completed spaced the pitchers who retired in 1943. Carl Hubbell sent me an angry tweet. That will be rectified on the next ballot.

END_OF_DOCUMENT_TOKEN_TO_BE_REPLACED

1944 and 1945 were different years for MLB, with most of the stars joining the service. However, a lot of old stars with decrepit bodies were retiring at the same time.

See below for your write-up assignments. Random.org once again believes only Scot should write about the Senators. I gave some of you two assignments. If you feel you can't do them, let me know as soon as possible.