Last game of a bad year. Why shouldn't the game log be half baked?

Diamond vs. someone who plays for the Blue Jays - GO! INTEROFFICE MEMO
To: Terry Ryan
From: Twins Fans (aka The Job Creators)
Re: Why Our Team Sucks

You have six months to fix this. The clock is ticking.

Anibal Sanchez (passable) at Liam Hendriks (a work in progress)

This one might have trouble matching the excitement level of Game 163, but at least the Twins can slow things down for the team that employs Miguel Cabrera, and Hendriks can try to stop Cabrera from winning that Triple Crown that would nab an MVP award that Mike Trout deserves. Beyond that, I guess I just look at every win over #63 as an improvement over last year, so I may as well be happy. There's no real difference between 63 and 68 wins in the scheme of things, but dudes, it's all we've got.

I'd like to watch some of the playoff-implicating baseball today, but annoyingly, I'll be at work until the last games are ending. Oh well.

Some dude
v
Some other dude that's probably worse

Six games left. Another bad year. Since the season is all but over, let's take a look at how the team performed versus the league.

I don't think the numbers for this season are describing anything we don't already know: the starters have been awful. I do think the improvement in the offense and relief pitching from bad to below average makes this season not a complete loss. I am very curious what the Twins will do this offseason. 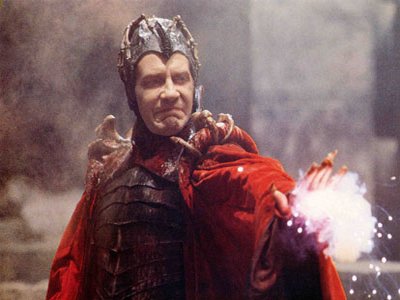 This late in the season, Time is not on our side. But with just over a week to go, we have a chance to at least play the Bandits and help our bretheren in Baltimore (including the Gentleman Masher) steal the American League East division title away from Evil. Of course, it won't be easy, but nothing is when your team has turned into a bunch of bumbling midgets that have stolen the map of all the holes in the Universe (like the one that sucked our starting rotation right into oblivion this season) and you're on the run from  the Supreme Being.

On the hill tonight Liam Hendriks will face off against Andy Pettitte in a classic pairing of  rookie non-phenom versus veteran ace. In another time or place I might do a deep and thoughtful performance analysis of the two starters or the two lineups (probability level -99.7%), but honestly, today I feel  so mercifully free of the ravages of intelligence that I won't bother. Hell, gents, this thing only ends one way or the other. But it sure would be nice in the waning days of another lost season to have a hand in knocking the boys from the Bronx off their precarious one-game perch and forcing them into the playoffs as a wild card team instead of a division winner. And besides, you can never get enough of puppies this time of year.

dont know how many people can watch this game