The Wolves are in a bit of a tailspin of late. many back to backs coupled with tough opponents has lead to losses and some worry in Timberwolves land. Dont fear, this is still a good team with good players. Its still early enough in the season to right the ship and move towards the playoffs.

Since the last gamelog, the Wolves shipped Derrick Williams out west to Sacramento for Luc Mbah a Moute. Hopefully, the move will lead to a better effort from the second stringers

The Wolves are wearing an alternate, sleeved jersey tonight.
httpv://youtu.be/juFZh92MUOY 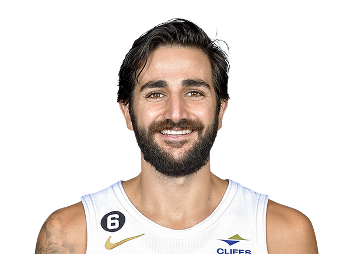 Tonight is part three in our ongoing series where I use trade machine to try and trade Derek Williams to the team the Wolves are playing that night. My goal is for Derek Williams to become aware of this and use it as motivation. That or David Kahn becomes aware of these posts and tries to make these trades.

I mentioned something like this was going to happen during the last game log in part to illustrate how little trade value Derek Williams actually has and I have no intention of backing down from this trade offer tonight.

Here is possibly the worst part about this though, I can't see any reason at all why the Nuggets would make this trade. Denver has plenty of athletic players who can't shoot. They don't need another player like Williams. They, like the Wolves, need a player like Redick who can hit open shots. Then they could spell him with a player like Brewer. As much as it may pain Wolves fans to say at this point Brewer is a competent rotation player.

As for Denver, they have been a little up and down this season. They have a lot of depth and should be able to run a lot of other teams off of the court this season. The Nuggets will be able to use their depth and home court advantage to get a lot of wins this season but they started 3-5 on the road and don't have any shooters other than Gallinari.

The four days off should help the Wolves. Perk is coming back. JJ might be back, too. The Nuggets depth won't be as much of an advantage tonight and if their shots aren't falling the Wolves should be able to steal this one.

No line as of my writing.

didnt see a game log so here is one. Mountain time start for the Wolves.