Batting stars:  Jason Kubel was 3-for-4 with two RBIs.  Danny Valencia was 2-for-4 with a home run (his third), a stolen base (his second), and three RBIs.

The game:  It started well.  Denard Span led off with a single and Trevor Plouffe walked.  With one out Kubel had an RBI single.  A ground out moved men to second and third, and Valencia delivered a two-run single to put the Twins up 3-0.

It wouldn't stay that way for long.  The Red Sox got on the board in the second when Youkilis led off with a double and scored on a pair of ground outs.  They took the lead in the third.  Carl Crawford led off with a triple and scored on a ground out, making it 3-2.  Ellsbury singled, Dustin Pedroia walked, and Gonzalez singled in a run to tie it.  An RBI ground out put Boston ahead, Ortiz singled, and J. D. Drew had a run-scoring single to give the Red Sox a 5-3 lead.

The Twins got a run back in the fourth when Valencia led off with a home run.  In the fifth, however, Gonzalez homered to make it 6-4, Youkilis and Ortiz singled, and another RBI ground out increased the Red Sox lead to 7-4.

Boston put the game away with two in the seventh.  Gonzalez singled, Youkilis reached on an error, and Jed Lowrie hit a two-run double.  The Twins scored one more in the eighth when Plouffe doubled and scored on a Kubel single, but the Twins did not threaten to get back into the game.

Notes:  Joe Mauer was injured much of the season, so Drew Butera was the regular catcher.

The Twins used a variety of players at shortstop, none of whom really got the job done.  Tsuyoshi Nishioka played the most games there (66), as he held the job for most of the second half of the season.  Plouffe, who was the shortstop in this game, played 45 games there.  Others to see time there were Alexi Casilla (36 games) and Matt Tolbert (31).

Kubel was the DH.  Jim Thome played the most games at DH with 59--Kubel was second at 37.  The Twins used a total of 18 different players at DH for at least one game.

Tolbert came in to play shortstop in place of Plouffe in the ninth.  Rene Tosoni pinch-hit for Butera in the ninth.

Pavano started and pitched five innings.  He allowed seven runs on ten hits and a walk and struck out none.  Pavano was very up-and-down in 2011, and this was obviously one of his down stretches.  His ERA at this point of the season was 6.44, but it would end up at 4.30.

This was the second of a nine-game losing streak for the Twins.  They would go 8-19 in May. 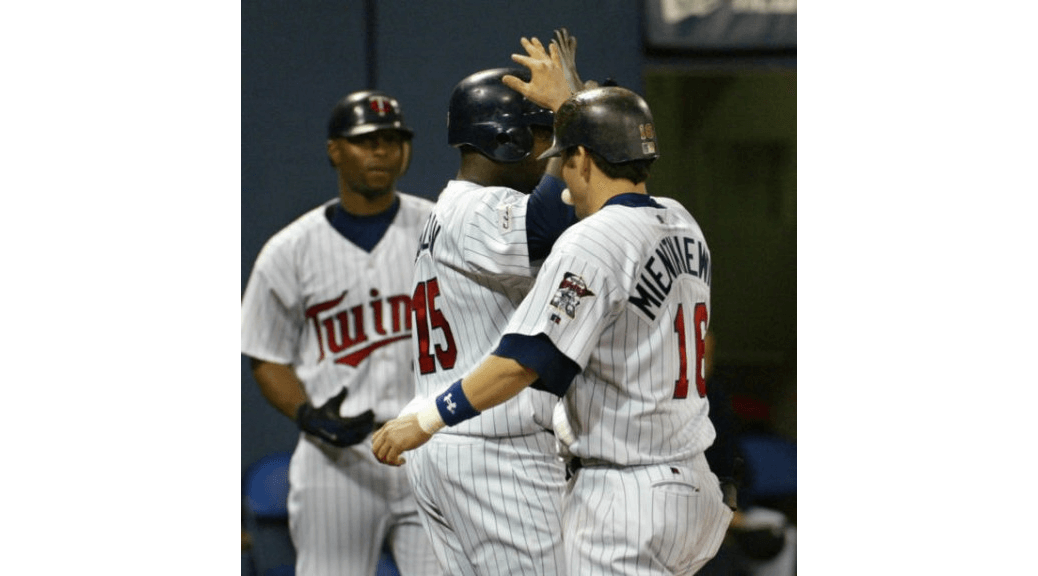