Speaking of dormant bands with a member who passed away...RIP Benjamin Curtis.

I know there were...eyebrows raised over what I played on Mother's Day, so for Father's Day this is what you get. You get Koz singing about going to kindergarten with "an albino". Look what ya did, ya little jerk! 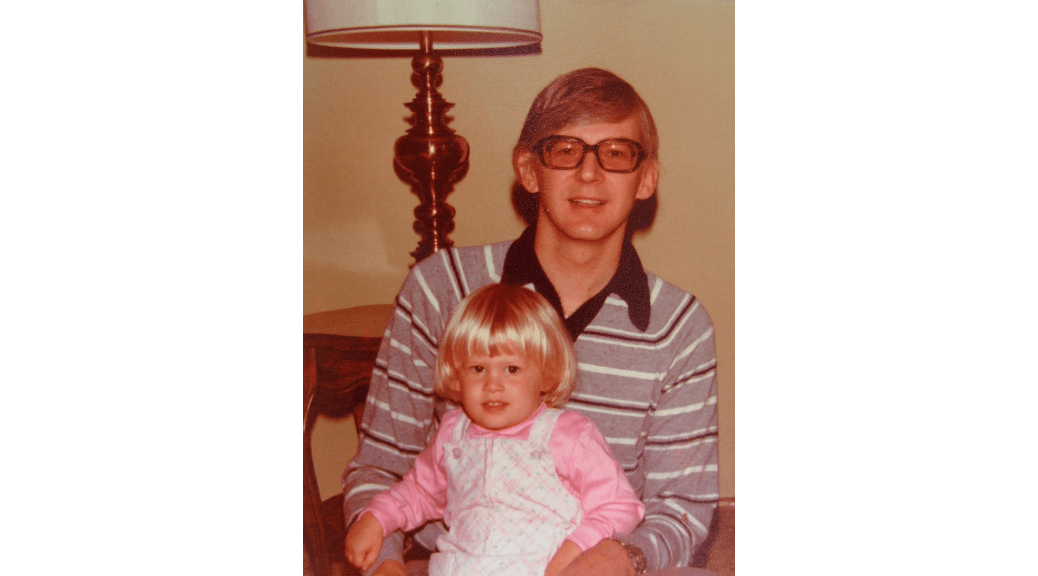 My dad isn't one to say, "I love you." I'm sure he's said those words to me at some point in my life, but he's from southwestern Minnesota and he's just not the type of person you'd ever describe as "effusive." There was a time when I thought love was supposed to be expressed verbally, but with Father's Day fast approaching, it occurs to me that what I appreciate most about my father is how he expresses his love in the ways that are true to who he is.

Very few of you have met my dad, but he's a character. An introverted physicist, he doesn't have hobbies in the usual sense of the word--unless you count having a perfect memory for the birthdays of everyone he's ever known. He doesn't golf, he typically read books, he doesn't follow any sports. So what does he do in his retirement? He follows the stock market, plans trips for himself and my mom (and anyone else in the family who is looking for a good deal on a flight), and he takes care of those around him.

I joined a softball team the summer after third grade, and the day I got my own glove, my dad and I went to the backyard to play catch. On his first throw, he beaned me in the face, giving me a bloody nose. So much for playing catch! But my non-sports-fan dad came to every game I played and he turned out to be a great scorekeeper.

I didn't always have the coolest toys or the trendiest clothes when I was growing up and we rarely went out to eat, but thanks to good investments in the stock market, when the time came for me to go to college, there was money saved to pay for it. College was also the first time I did my own laundry . . . because my dad had always done it. He would sometimes rigidly insist on doing things "his way" rather than teaching my sister and I how to learn a skill, but hey, at least we always had clean clothes!

Fast forward to Wednesday of this week, which might best be summed up as a series of unfortunate events. Everything is all right now, but as I was driving the jalapeño to the ER shortly before 6:00 in the morning, it was clear that the day would be rocky. Mr. NaCl had a commitment in the evening, and once I got the good news that the jalapeño was going to be fine, it occurred to me that I might have trouble handling the boys on my own that evening. So I called my parents. Both of them were more than willing drop everything to come over and occupy the peperoncino so that I could focus on getting the exhausted jalapeño to bed early enough to avoid a total meltdown. What could have been a disaster of an evening went off without a hitch.

I'm terrible at getting gifts--or even remembering to pick up a card--for Mother's Day, Father's Day, and the like. But maybe that's okay. My dad doesn't need to tell me he loves me for me to know it, and with or without a card on Sunday, I bet he knows I love him too. (Actually, if I do remember a card, he'd prefer if I get the cheapest one in the store. He can't stand the thought of anyone spending $3 or even more on a card.)

There are so many kinds of fathers--and mothers--in the world, and none are without flaws. But here's to finding ways to appreciate the fathers in our lives for the things they're best at . . . whatever those things may be.

It turns out I have the good fortune to write our Father Knows Best post the week after Father's Day.  I wish I could say this was well-planned on my part, but, like most of my parenting, I just sort of stumbled into it.  I wasn't entirely sure what to write about, but then my "kids" (Philosofette) wrote a whole bunch of post-it notes about the things I do for them and posted them all around our apartment.  It made me feel pretty awesome.  I'm going to use a couple of those notes to hit on some of the high points of my parenting.  Since, you know... they're few and far between. END_OF_DOCUMENT_TOKEN_TO_BE_REPLACED

I have been to one Father's Day game in my life.

My memory lies, it turns out. The game in question was definitely against the Padres, and it was on Father's Day, 2005. However, I thought I remembered Johan getting ejected early in the game, allowing Jake Peavy to cruise to an easy win. However, Peavy didn't even pitch, while Darrell May cruised to a win. Johan gave up one run in the sixth, then a bases-clearing double with two outs in the seventh that got him pulled. The Padres went on to win, 5-1, and who has two thumbs and didn't see a Johan Santana win in person in Minnesota, ever? THIS guy! (I did, however, attend this game at Safeco, where two guys behind me were bemoaning the fact that they were "getting shut down by a no-name pitcher." A writer in the Seattle Post-Intelligencer essentially repeated that statement the next day, displaying an utter lack of respect for his own work).

As for that Padres game, I was to go with a nine-month-old Skim as well as the Milkmaid. It was Father's Day, Johan was pitching, we all had the day free and I hadn't yet started running Spookymilk Survivor so my schedule didn't revolve around it. However, the Milkmaid ended up being called in to work by her ruthless douchebag bosses, who told her Father's Day wasn't an important enough holiday for her to miss and they needed to add her to the schedule (I was not consulted for comment on their opinion). I watched the game with Skim and folks around us marveled at how quiet she was - a trend that she continued all throughout early childhood, where people would get up after dinner or event and remark that they had no idea they were sitting near a child.

The game sucked, though, and it was rainy afterward. And, me being me, I couldn't remember where the f*&^ I had parked. I knew it was in one of the ramps, but I hadn't written it down, since at 27 years old I was still trusting my never-good sense of direction and memory for landmarks. I walked around with Skim, who barely complained despite the light rain. Once the rain cleared, it got hot. Brutally hot. She still didn't complain but I felt like a heel. She fell asleep in the Baby Bjorn as I spent over two hours combing a four-block area (this is who I am) looking for my car. Finally, I found it in the first parking garage I'd searched, on a floor I'd walked at least twice. I laughed at my own uselessness in the arena of finding things and we drove home.

The Milkmaid, for her part, had only been on at work for two hours. They cut her when the rush died down, a further insult to our day. She asked if the game had gone ridiculously long. It was a rather short one, at 2:23, so I amused her with the postgame story. If she'd been with us, there would have been no problem. The way I remember the spelling of words and names is the way she remembers directions and landmarks.

I don't know how the rest of the day went, but as stupid as everything was, it remains my strangest Father's Day, and it was also my first.