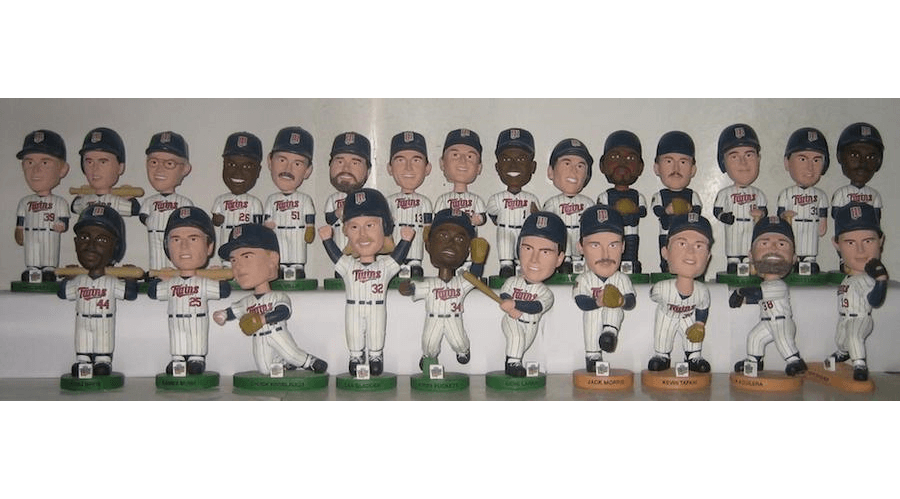 Batting stars:  Kirby Puckett was 2-for-3.  Chili Davis was 2-for-4 with a double and two RBIs.

Pitching star:  Carl Willis pitched 2.2 scoreless innings, giving up a hit and a walk and striking out one.

Opposition stars:  Frank Tanana pitched six innings, giving up two runs on four hits and no walks and striking out two.  Lou Whitaker was 2-for-3 with two runs.  Cecil Fielder was 2-for-4 with two home runs (his twenty-fifth and twenty-sixth) and five RBIs.  Tony Phillips was 2-for-4 with a double.

The game:  Scott Leius and Chuck Knoblauch opened the game with singles.  Puckett bunted them up and a ground out scored a run, putting the Twins up 1-0.  That lead didn't last long.  In the bottom of the first, Whitaker singled and Fielder hit a two-run homer, putting the Tigers ahead 2-1.

The Twins tied it in the fourth, but could've had more.  Puckett singled and Davis doubled, putting men on second and third with none out.  Brian Harper hit a sacrifice fly to make it 2-2, but a strikeout and a fly out ended the inning.  Once again, the Tigers went right back in front.  In the bottom of the fourth, Rob Deer walked and scored from first on a Travis Fryman double to give Detroit a 3-2 advantage.

The Tigers took control in the fifth.  Phillips and Whitaker singled and Fielder hit a three-run homer, making the score 6-2.  The Twins got one back in the eighth.  Chuck Knoblauch walked, Puckett singled, and Davis had an RBI single.  The tying run was at bat with one out, but Harper and Shane Mack each grounded out to end the threat.

In the seventh, Randy Bush pinch-hit for Greg Gagne, but due to a pitching change Al Newman pinch-hit for Bush.  He stayed in the game at shortstop.  Mike Pagliarulo pinch-hit for Leius in the ninth.

Jack Morris started, but pitched just 1.2 innings, allowing two runs on four hits and no walks and striking out one.  His ERA was 3.47.  I assume he came out due to injury.  The play-by-play on the play before he came out says "Single (line drive to P's right).  I don't know if it went off him or if perhaps he tweaked something trying to field it.  At any rate, he did not miss a start.  Anderson came in and pitched the next 3.1 innings, doing well until the three-run homer in the fifth.

It seems strange that, after starting the game with two singles, Puckett would then bunt.  My guess is that he did that on his own, but it still doesn't make a lot of sense to me.  They had a chance for a big inning, and he was at least arguably their best batter.  Bunting, even if he was bunting for a hit, does not seem like a good strategy at that point.

Willis came in to start the sixth.  He had gotten into some trouble int he seventh, but a double play ended the inning.  He then retired the first two batters in the eighth, and was removed for no obvious reason in favor of Aguilera.  Aguilera hadn't pitched since July 19, so I could understand the idea that he might need some work.  But then, why not give him an inning, rather than bringing him in with two out and none on in the last inning?  He threw six pitches, and could very well have just thrown one.  That's getting him some work?  It really seems strange.

Texas and Chicago each won, so they remained tied for second and each gained a game on the Twins.

Record:  The Twins were 55-39, in first place in the American League West, four games ahead of Chicago and Texas.

Opposition stars:  Milt Cuyler was 2-for-3 with a stolen base, his tenth.  Frank Tanana pitched eight innings, giving up four runs on seven hits and four walks and striking out two.  He threw 127 pitches.

Brian Harper led off the second with a single.  Kent Hrbek walked, and Mack hit a three-run homer to put the Twins up 4-0.  The Tigers got one back in the bottom of the second when Andy Allenson doubled, took third on Cuyler's single, and scored on a sacrifice fly.

And that was all the scoring.  Detroit got a man to second in the fourth, when Fryman walked and stole second; in the sixth, on singles by Rob Deer and Pete Incaviglia, and in the seventh, when Cuyler singled and stole second.  They had a major threat in the ninth.  With one out, Dave Bergman walked.  With two out, Aguilera walked Tony Phillips and Lou Whiteaker, loading the bases and bringing the potential winning run up to bat.  Alan Trammell hit a fly to deep left, but it stayed in the park and the Twins won the game.

Notes:  Mack started in right field in this game, but he was not yet the full-time starter.  Other than that, it was the regular lineup.

There were eleven walks in the game, seven given by Twins pitchers.  Who knows, but one suspects plate umpire Dale Scott might have had a small strike zone.  Oddly, six of the seven walks Twins pitchers gave up came in two innings, the first and last.  In both of those innings, Twins pitchers walked the bases full but did not allow a run.