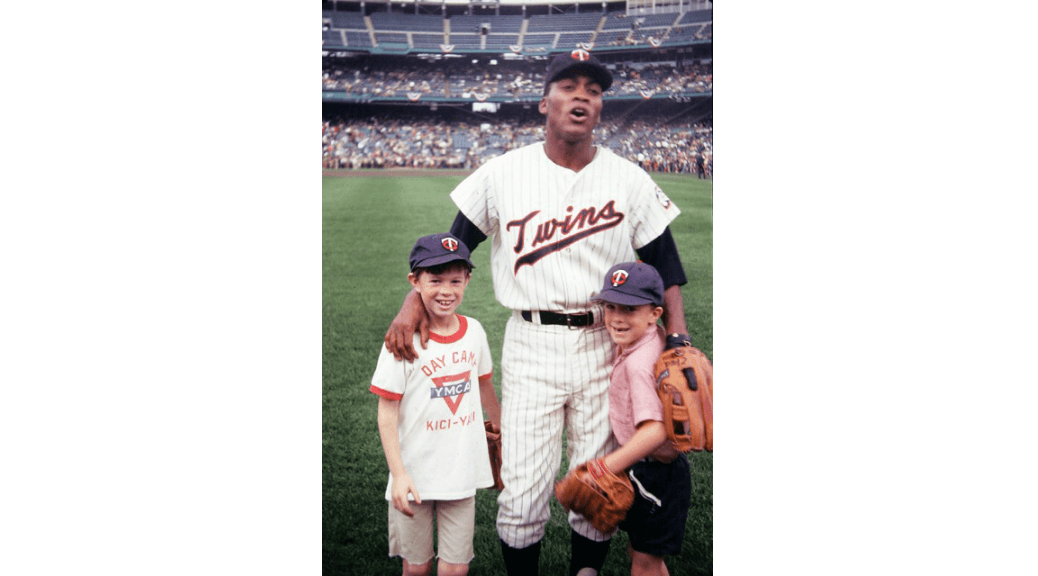 Batting stars:  Cesar Tovar was 2-for-3 with a triple, a walk, and a stolen base.  Harmon Killebrew was 2-for-4 with a three-run homer, his second.

Pitching star:  Jim Kaat pitched 7.2 innings, giving up three runs (one earned) on seven hits and no walks and striking out one.

The game:  The White Sox scored in the first inning.  Ken Berry and Luis Aparicio opened the game with singles, and an error put Chicago up 1-0 before a man was retired.  A pickoff and two fly balls ended the inning with no further damage.

The Twins did little for the first five innings, getting a few singles but never putting more than one man on base.  The White Sox added to their lead in the sixth when John singled, an error put men on first and second, and May delivered a two-out single, making the score 2-0.

The Twins took their first lead in the bottom of the sixth.  Tovar led off with a walk, and Rod Carew doubled.  With first base open, Chicago pitched to Killebrew and he came through with a three-run homer, putting the Twins up 3-2.  The White Sox put two on with two out in the seventh, but could not tie the score.  With two out in the bottom of the seventh, Kaat reached on an error and Tovar tripled, making the score 4-2.

Chicago got one back in the eighth.  With two out, May doubled and Bill Melton singled him home to cut the lead to 4-3.  In the ninth, Syd O'Brien led off with a single and was bunted to second.  But Ron Perranoski came in to retire the next two batters and preserve the victory.

Notes:  Killebrew was at first in this game.  He mostly played third in 1970, with Rich Reese at first.  That obviously hurt the defense--was it worth it on offense?  It's hard to say.  Reese wasn't that great on offense, batting .261 but with an OPS of just .703.  On the other hand, had Killebrew played first, it would've left Rick Renick, Danny Thompson, or Frank Quilici at third, all of whom would most likely have been worse at the bat than Reese.  Renick, in fact, was the third baseman in this game.  The Twins won the division, so it's certainly hard to say it was a bad move to play Harmon there.

Carew missed much of the season with injuries, playing just forty-five games at second base.  Thompson and Quilici shared the second base position, and saying there was a bit of a dropoff on offense is like saying there's a bit of a dropoff when come to the edge of the Grand Canyon.  Quilici batted .227/.297/.291, for an OPS of .588.  Thompson batted .219/.234/.248 for an OPS of .482.  It's hard to believe the Twins couldn't find someone better to play second.  Or, alternatively, that they couldn't find someone to play center and move Tovar to second.  But they couldn't, or at least they didn't.

Kaat made an error in this game.  I mention that simply because, as you probably know, he won sixteen Gold Gloves in his career.  He made 65 errors in his career, but then the man played for 25 years, so it's not like that's a lot.  His career high in errors was eight, in 1969, and he still won the Gold Glove that season.

I mentioned a pickoff in the first inning.  The White Sox had men on first and third with none out when Aparicio was picked off third.  What's interesting is that the scoring on the play is pitcher to shortstop.  I don't know why the shortstop was covering third on a pickoff from the pitcher.  It seems like there must have been some sort of trick play there.

This was the third of a four-game winning streak for the Twins.  The Twins won their first four, lost two, then won their next four.

Random Record:  The Twins are 48-46 in Random Rewind games.

At their most experimental. Old Grey Whistle Test 1972. (Dig those unis.)