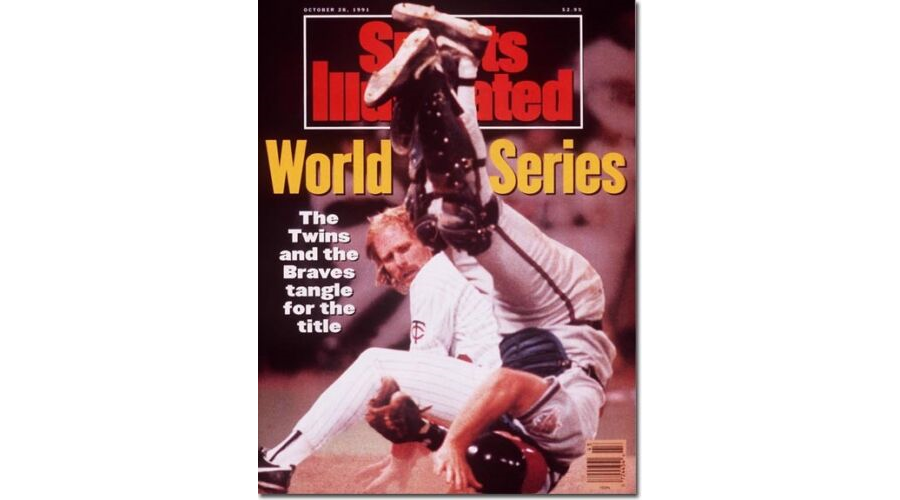 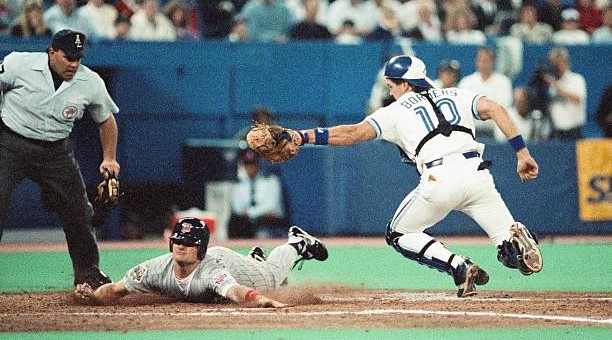 Batting star:  Chuck Knoblauch was 2-for-3 with a walk and two runs.

In the third White led off with a double and went to third on Alomar's single.  Alomar then stole second and Gruber singled them both home, making it 3-0 Blue Jays.  The Twins got on the board in the bottom of the third when Knoblauch hit a two-out single, went to second on a wild pitch, and scored on a Kirby Puckett single.

The Twins got closer in the sixth.  Walks to Knoblauch and Chili Davis put men on first and second with two out.  Brian Harper then delivered an RBI single to cut the lead to 3-2.  In the seventh, however, Manny Lee and White walked, putting men on first and second with one out, Alomar hit an RBI single, and Carter hit a sacrifice fly, making the score 5-2 Blue Jays.

And that was it.  The Twins had only one baserunner after that, Knoblauch's eighth-inning single, but he did not get past first base.

Notes:  The Twins made just one substitution.  Gene Larkin pinch-hit for Shane Mack in the ninth.

With the series tied 1-1, home field advantage swung to Toronto.  The Twins would have to win at least one game there to bring the series back to Minnesota.  Could they do it?  We will see.

Record:  The Twins were 1-1 in the best-of-seven series.