Two old pitchers facing off against each other. This should be a fun watch for those with TBS. 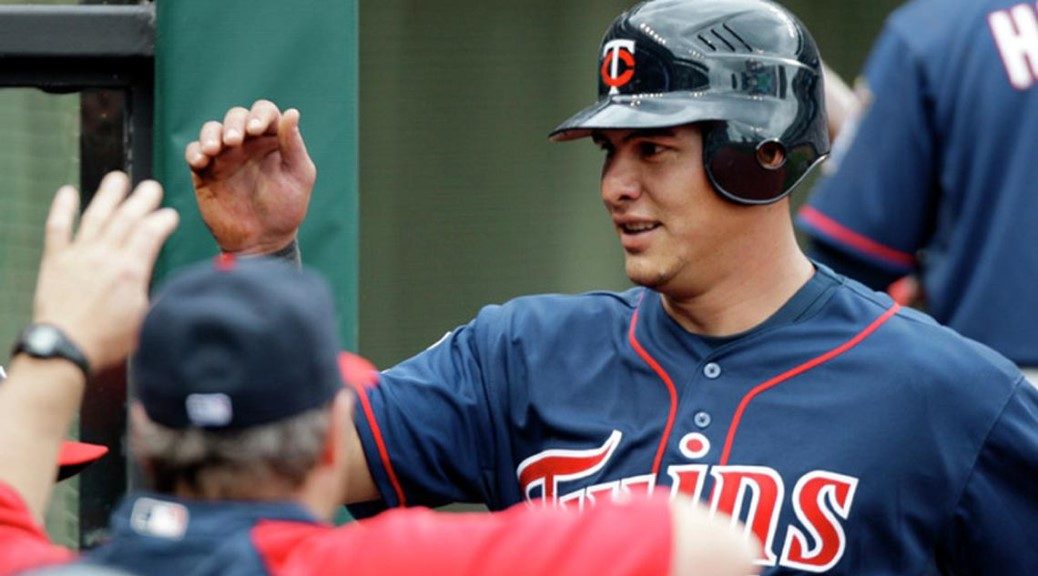 Opposition stars:  Brad Thomas pitched 3.2 scoreless innings of relief, giving up four hits and striking out one.  Austin Jackson was 3-for-5 with a triple and a double.  Miguel Cabrera was 2-for-3.  Brennan Boesch was 2-for-4 with a double.

The game:  The Twins took control of this one early.  With one out in the first, Orlando Hudson singled, Morneau walked, Jim Thome had an RBI single, and Cuddyer hit a three-run homer, giving the Twins a 4-0 lead.  In the second Ramos singled, Nick Punto walked, Span hit a two-run triple, and an RBI ground out made the score 7-0 Twins.

The Tigers tried to get back into it.  In the fourth Cabrera singled and scored from first on Boesch's double.  In the fifth Ramon Santiago walked, Jackson singled, a wild pitch moved them to second and third, and a pair of RBI ground outs made it 7-3.

That was as close as Detroit would come.  With one out in the fifth Cuddyer and Jason Kubel walked, Hardy had an RBI single, Ramos hit a run-scoring double, and Punto contributed a sacrifice fly, giving the Twins a 10-3 advantage.

The final Tigers run came in the ninth, when Santiago walked and scored on Jackson's two-out triple.

Notes:  This was the second game of Ramos' career.  With a 3-for-4 day, his batting average dropped from .800 to .778.  He was playing due to an injury to Joe Mauer.  He would play just seven games for the Twins, go back to AAA, and then be traded in late July with Joe Testa for Matt Capps.

Kubel was in left, with Cuddyer in right and Morneau at first base.  Morneau would be injured and miss the second half of the season, so the regular alignment would then be Cuddyer at first, Kubel in right, and Delmon Young in left.

Punto was still the regular third baseman, as Danny Valencia would not be called up for another month.

Scherzer lasted just 4.1 innings and allowed all ten runs on eight hits and four walks and struck out one.  He was just twenty-four, and in his second full season.  He was not what he would become, but he was still a solid pitcher already.  He went 12-11, 3.50, 1.25 WHIP in 2010.  By game scores, this would by far be the worst game he had this season.

I've watched fewer game this year than any year in the late '90s. I think there is some hope in the offense, but the pitching is pretty much a disaster. A lost year.

No matter what I'm rooting for Kevin over Max. Rooting for a Twins and Indian's win!

The Twins won yesterday! That had been a while. Of course, I didn't see a single minute of it because of circumstance, but I suppose I'm glad it happened.

It's Pelfrey vs. Scherzer today, so let's temper our expectations even more than normal.

I'd add more here, but I just woke up after a very satisfying night's sleep for once and I really don't have time. Go Twins, and all that.

Okay. This team stinks, but last week, I posted the game plan for victory - and they followed it to victory. The best part? Absolutely nothing has changed. Sure, Max Scherzer might strike out 30 more per nine innings than Carl Pavano (I think I actually saw Carl Pavano summon the ghosts of baseball players past so he could un-strike them out, lowering his k/9 to something like -4... dark magic, that), but he has no facial hair whatsoever.

Meanwhile, Morneau has parlayed his smooth Canadian charm into in actual war on the opposing pitcher - I wouldn't be surprised if he hit seven home runs today in four at bats.

Mauer's a pussy, but he'll probably whine his way on base two or three times this afternoon. A.J. would advance the runners with a leadership scowl, but walking's cool, too, I guess.

We're actually playing at Target Field today, so expect the Tigers to ground out weakly in shame when they think of where they have to play their games.

This is in the bag, people. Can we just skip to tomorrow so that we can catch a nailbiter?

Alright, let's hope the Twins put 17 or 18 on the board tonight before the basketball game starts. Because, honestly, if the Twins keep it close and ultimately lose late or in extra innings causing me to miss hoops I am going to be bummed out.

Yep. That is what I've got for right now. It is 90 degrees out in Buffalo and I am going to soak up some sun.