The New York Metropolitans come to Target Field for a two-game interleague series. The Mets have had another disappointing season and signs are they may be dumping players at the deadline. Maybe Noah Syndergaard or Jacob DeGrom can change lockerooms before they move on from Minneapolis. Zach Wheeler, who was also probably on the trading block, goes on IR, so the Mets probably have no chance to trade him.

Steven Matz on the mound for the Mets and he's been not super great this year. Michael Pineda for the Twins and has been a 6 inning, 5 hit guy recently, which has been nice especially after a rough start to the season. Looks like a nice set up for a Twins win and hopefully sweep as the Athletics and Yankees line up for visits to Target Field later in the next 10 days.

Rain late afternoon but forecast looks like game will get in. 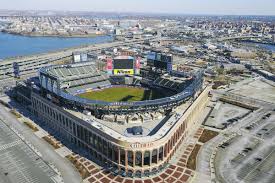 Twins wrap up a long road trip with a visit to Queens and a two game series with the 6-3 New York Mets. Gibson up for the Twins as he comes off a "bad Gibby" performance of 6 runs in 4.2 innings in his season debut. Hopefully we get good Gibby tonight. It will be especially important as the Mets have reigning Cy Young awardee Jacob deGrom on the mound. deGrom is currently tied with Bob Gibson with for the MLB record of 26 straight quality starts so it would be cool if the Twins bats were active early and often. Mets have a few injuries with Yoenis Cespedes, Jed Lowrie, and Todd Frazier all out of the line up. Also the Mets added Robinson Cano during the off season? I swear I didn't hear about that trade. Huh. He usually plays well against the Twins so that's a bummer.

Game time 6:10p locally. Looks like there might be some rain in the forecast but I bet they get this game in.