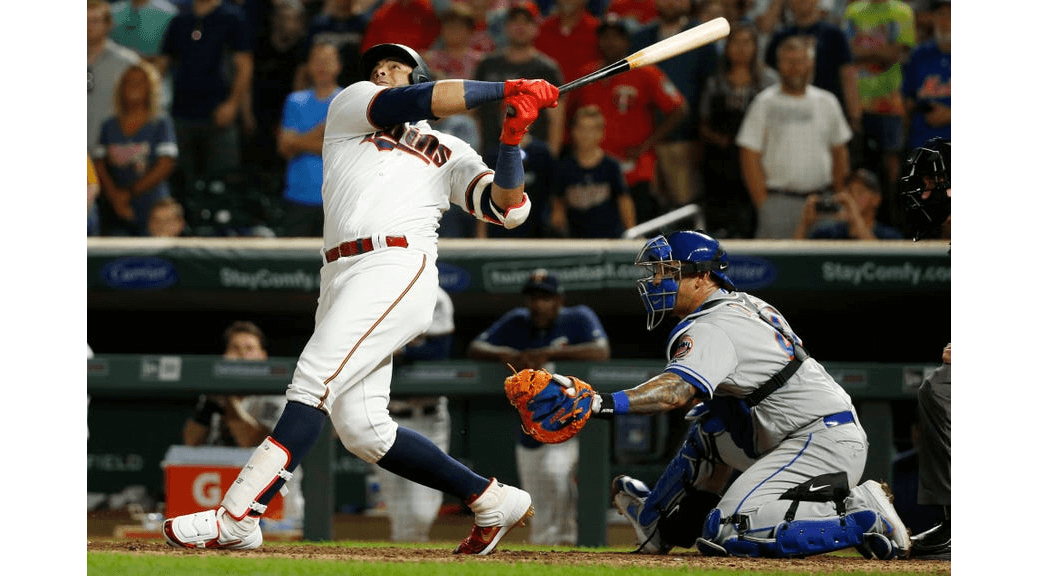 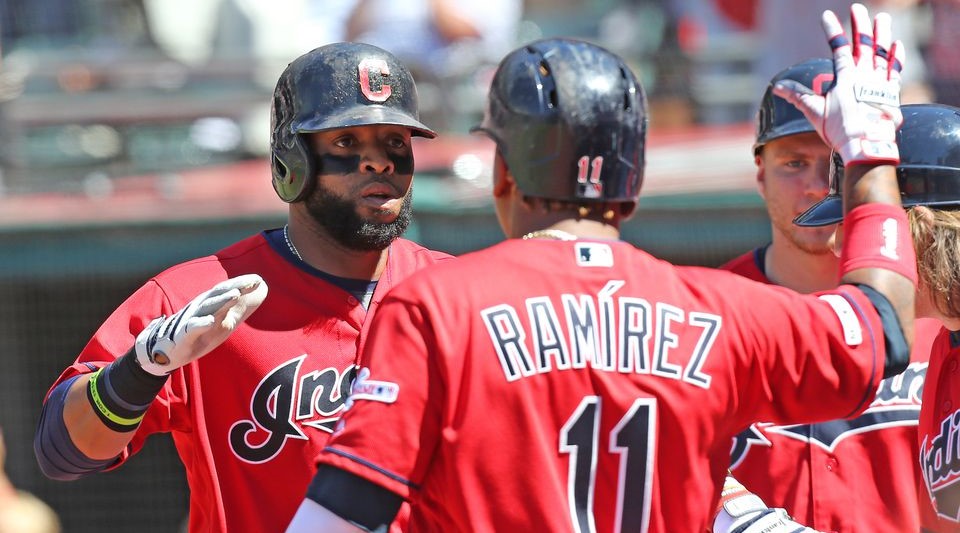 Batting star:  Marwin Gonzalez was 3-for-4 with a double.

Opposition stars:  Tyler Naquin was 2-for-3 with a double.  Carlos Santana was 1-for-2 with a home run (his twenty-first), two walks, and two runs.  Shane Bieber struck out nine in 6.1 innings, giving up three runs on five hits and one walk.

The game:  Jose Berrios retired the first two Indians in the bottom of the first, but walks to Santana and Bobby Bradley were followed by a Jose Ramirez double, putting Cleveland ahead 1-0.  In the fourth, Jake Bowers led off with a double and scored on a Greg Allen single.  Allen went to second on a ground out and scored on Naquin's single, putting the Indians up 3-0.

It stayed 3-0 until the seventh.  Luis Arraez led off with a walk and Mitch Garver was hit by a pitch.  Singles by Gonzalez and Miguel Sano made the score 3-1 with the bases loaded.  Jake Cave was hit by a pitch to cut the lead to 3-2.  With one out, Max Kepler singled to tie it 3-3.  The bases were still loaded with one out, but a pair of strikeouts ended the inning.

It didn't stay tied long.  With two out in the bottom of the seventh, Santana homered to put Cleveland back in front at 4-3.  And that's where it stayed.  Arraez had a leadoff double in the eighth and an error started the ninth, but the Twins could not score again.

Notes:  Arraez was at third base and Sano at first with C. J. Cron out.  Gonzalez was in left with Eddie Rosario out.  Kepler was in center and Cave in right with Byron Buxton out.

Arraez now has ninety-six major league at-bats.  I wonder what the record is for highest batting average in your first one hundred at-bats.

Littell has not allowed a run since the debacle in Tampa Bay on May 30, in which he gave up eight runs in 4.1 innings.  Those eight runs are the only runs he's given up in the major leagues this season.  His season ERA doesn't look very good because of that, but in fact he has gone eight consecutive appearances (nine innings) with out giving up a run and is unscored upon in nine of his ten appearances this season.

This felt like a winnable game that the Twins let slip away.  In fact, it seems like a lot of the Twins losses have been winnable games that the let slip away.  You never like to lose a game you could've won, but there's an upside to it.  There have not been that many games where the Twins got blown out this year.  Most of their losses have been games that they could've won with a few breaks or with a key hit at the right time.  It seems to me that this, too, is the sign of a good team--that the games you lost are games you could have won.

We'd love to have had the sweep, but as many pointed out, taking two out of three from the Indians in Cleveland is still pretty good.  Some of us were worried that the margin might be down to 2.5 after this series--instead it's 6.5.  We'll take it.

Record:  The Twins are 58-34, first in the American League Central, 6.5 games ahead of Cleveland.