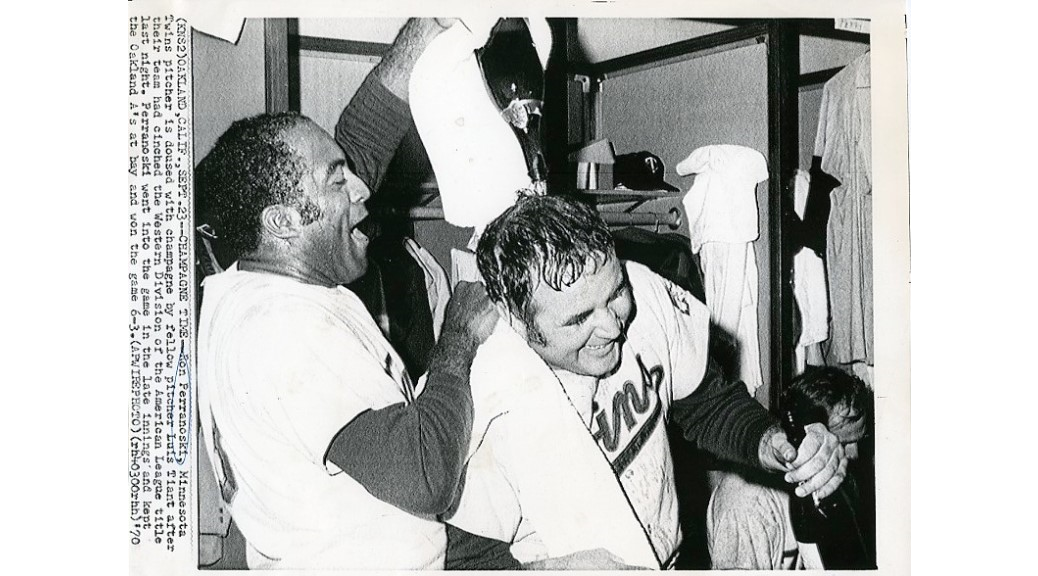 Pitching stars:  Tiant pitched a complete game shutout, giving up three hits and a walk and striking out six.

Opposition star:  Dick McAuliffe was 2-for-4.

The game:  The Twins put men on second and third with two out in the third but did not score.  They broke through in the fourth, however.  Oliva singled, Brant Alyea walked, Reese had an infield single to load the bases, and George Mitterwald had another infield single to make it 1-0 Twins.

The Twins put two on in the fifth, but did not score.  They broke the game open in the sixth with a two-out rally.  The first two men were retired, but Frank Quilici singled, Tiant hit an RBI double, Tovar had an infield single, Tiant and Tovar pulled off a double steal, Leo Cardenas tripled them both home, and Killebrew had an RBI single, making the score 5-0 Twins.

The Twins added one more in the eighth.  Tiant singled, a wild pitch moved him to second, Tovar bunted him to third, and Killebrew singled him home.

The Tigers never had a man beyond first base and only once had the leadoff man on base.

Notes:  Quilici was again at second in the absence of Rod Carew.  Cardenas remained in Carew's number two spot in the batting order.

Jim Holt replaced Brant Alyea in left field in the eighth inning.  Minnie Mendoza pinch-ran for Killebrew in the eighth and remained in the game at third base.

Tiant wasn't a terrible batter over his career, but he wasn't exceptional, either:  a career line of .164/.185/.224.  In 1970, however, he was exceptional:  .406/.424/.531 in 32 at-bats.  Small sample size, obviously, and maybe that's the full explanation.  But it's still pretty amazing.  The stolen base he got in this game was the only one he had in his career, and it was a steal of third on the front end of a double steal.  I don't know how many players have a steal of third as the only stolen base of their career, but I suspect it's a pretty short list.

This was Tiant's only shutout in 1970, and one of two complete games.

Record:  The Twins were 10-4, in first place in the American League West by winning percentage, but a half game behind California.