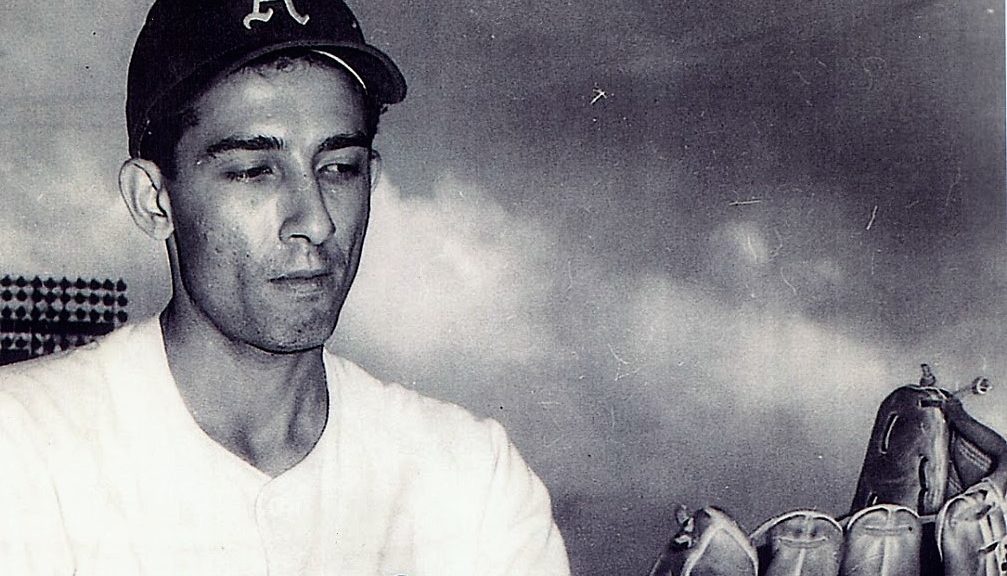 The game:  Del Greco led off the game with a base hit, went to second on a passed ball, and scored on Lumpe's single.  The Twins loaded the bases with two out in the second, but nothing came of it.

Then came the third.   Del Greco and Charles singled.  An error brought home a run.  Siebern had a two-run double.  That chased starter Bill Pleis and brought in Lee Stange.  He gave up a two-run single to Cimoli, a single to George Alusik, an RBI single to Causey, and a three-run homer by Bryan.  The first eight batter reached base, all scored, and it was 9-0 Athletics.

That was pretty much it.  The Twins scored in the fifth when Versalles singled, Don Mincher walked, a force out put men on first and third, and Vic Power hit a sacrifice fly.  Kansas City added three in the eighth when Lumpe and Siebern singled, Cimoli hit a two-run double, and Causey had an RBI single.

Notes:  The Twins used their standard lineup at the time.  Jerry Zimmerman caught the ninth to give Earl Battey a break.  Mincher, Johnny Goryl, and George Banks were used as pinch-hitters for various pitchers.

Pleis lasted just two innings, allowing five runs (three earned) on six hits and one walk and striking out three.  This was the last of four starts he would make in 1962 and one of only ten in his career.  He did have some good years out of the bullpen.

Orlando Pena had a very long career, pitching through 1975, when he was forty-one.  He was a reliever in 1958-1960, a starter through 1964, and then went back to the bullpen to stay, other than an occasional spot start.  If I had more time I'd give more of a biography--it looks like it would be fairly interesting.  He pitched for eight different teams.  It doesn't look like he was ever a team's main short reliever, but he was usually an important part of the bullpen.  His career numbers:  58-77, 3.71, 40 saves, 1.27 WHIP.  Nothing great, but not too shabby, either.  He appeared in 427 games and pitched 1202 innings.  A very respectable career.

The Twins were in a pennant race in 1962, so a loss to the lowly Athletics was costly.  It was their third straight loss, but they would go on to win eight of their next ten and ten of their next thirteen.