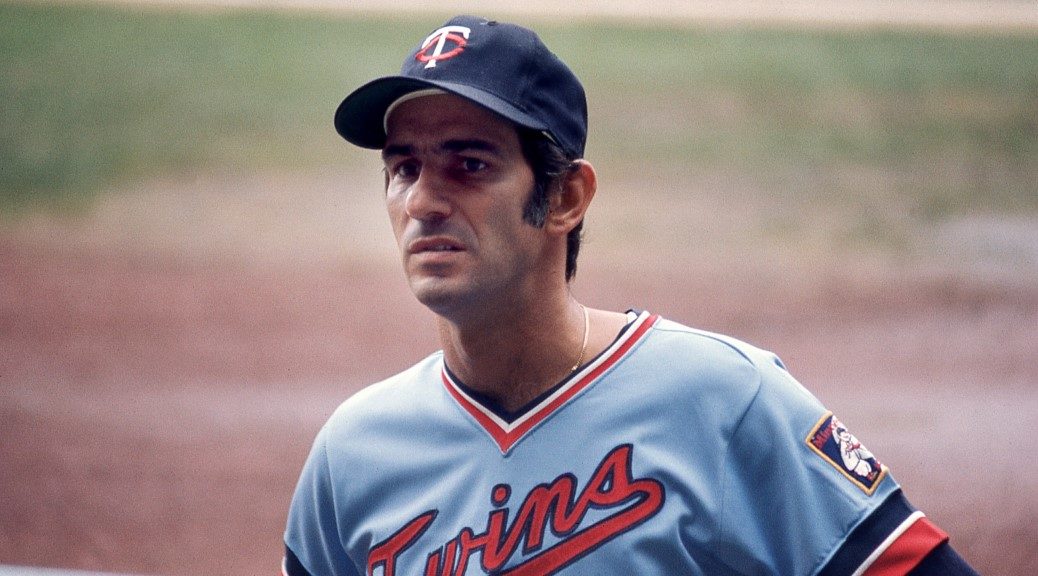 The game:  The Twins got a pair of one-out singles in the first, but a line drive double play took them out of the inning.  In the third Terrell got a two-out single, Danny Monzon reached on a two-base error, putting men on second and third, and Darwin delivered a two-run single to make it 2-0 Twins.  The Angels got on the board in the fourth when Alomar singled, went to second on a passed ball, stole third, and scored on a Frank Robinson single.  The Twins got the run back in the fifth.  Mike Adams and Steve Brye singled and Terrell hit a sacrifice fly, giving the Twins a 3-1 lead.

Mike Epstein and Scheinblum led off with singles.  A bunt moved them to second and third.  Al Gallagher singled to cut the lead to 3-2 and chase Decker from the game.  Ken Sanders came in and gave up a single to Bob Oliver, tying the score.  He retired Winston Llenas on a fly ball, but Alomar singled to bring home the go-ahead run.

After the first man in the ninth was retired, the Twins used three consecutive pinch-hitters.  Jim Holt pinch-hit for Mike Adams and grounded out.  Tony Oliva pinch-hit for Brye and singled.  Harmon Killebrew pinch-hit for Terrell with a chance to win the game, but popped up instead and the game was over.

Notes:  Joe Lis was at first base in place of Killebrew, who was given the day off.  Injuries limited Killebrew to just fifty-seven games at first base, so Lis really ended up being the regular in 1973.

Monzon was playing second in place of Rod Carew, who was given the day off.  He did go in to pinch-run for Oliva in the ninth.  Why did Carew not pinch-hit?  I'm just guessing but he did not play in the game before this and did not start in the game after it, so I'm guessing he might have had a minor injury of some sort.

Terrell was at shortstop, splitting time there with Danny Thompson.  Both were right-handed, so I don't know on what basis Frank Quilici decided who would play.  If he was trying to find the hot hand, well, good luck with that.  Terrell batted .265/.297/.315.  Thompson checked in at a robust .222/.259/.282.

I don't know why so many regulars were given the day off.  It was a Friday night, so it was not a day game after a night game.  They were in the pennant race at this point, so I wouldn't think they were just wanting to look at some young players.  Killebrew and Oliva were both getting older, plus this was after Oliva's knee injury--maybe they just both needed more time off.  I don't know.

Power was a different story.  Darwin led the team with 18 home runs.  George Mitterwald and Oliva were next at 16.  Hisle hit 15 homers and Holt 11.  If you're wondering, Killebrew hit just five home runs in 248 at-bats.  He would struggle through one more season with the Twins, play for Kansas City in 1975, and then was done.  The Twins hit 115 home runs, good for eighth in the league.

Quilici is not particularly well thought-of in the line of Twins managers--in fact, he's mostly ignored.  But maybe he was better than he's given credit for.  Look at who he had playing regularly on this team:  George Mitterwald, Joe Lis, Danny Thompson, Jim Holt, Bobby Darwin.  One reliable starting pitcher.  And yet, he had the Twins in contention for a while and managed to finish at .500.  In fact, his complete managerial record is just below .500 with teams that had a lot of forgettable players.  Could he have won with a better team?  We'll never know, but I think he actually did a fairly good job of getting what he could out of the talent he had.

Record:  The Twins were 34-29, in second place in the American League West, a half game behind Chicago.  They would finish 81-81, in third place, 13 games behind Oakland.

The Angels were 34-31, in fifth place in the American League West, 1.5 games behind Chicago.  They would finish 79-83, in fourth place, 15 games behind Oakland.

Random Record:  The Twins are 48-47 in Random Rewind games. 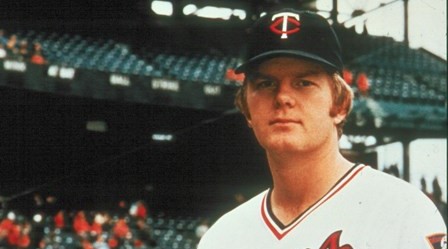