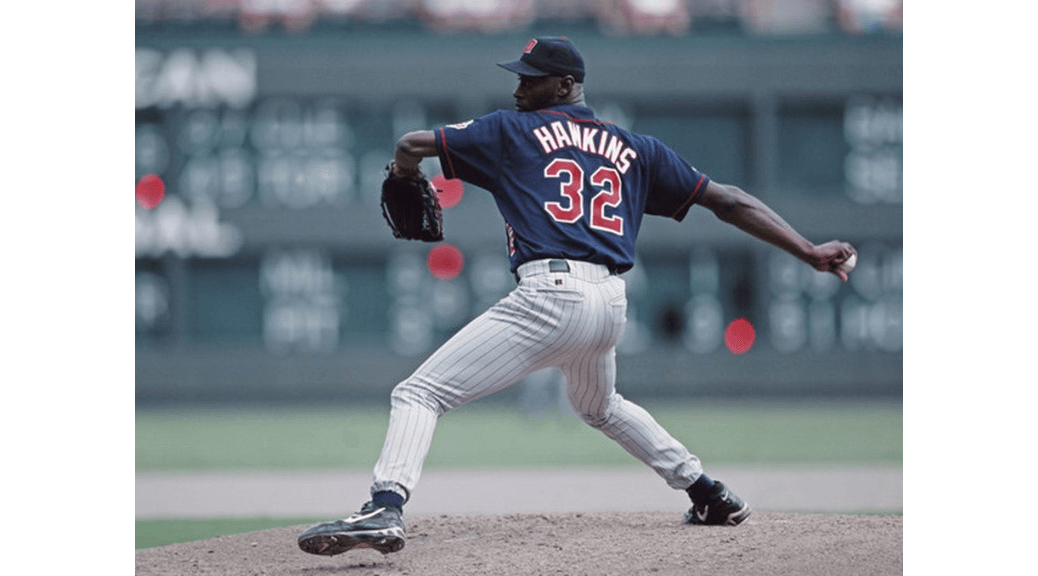 The game:  The Tigers took the early lead when singles by Sanchez, Craig Monroe, and Young brought home one run in the first and a sacrifice fly brought home another.  The Twins had men on second and third in the second and Detroit had men on first and second in the second and third, but it stayed 2-0 until the fourth.  Jacque Jones singled, LeCroy walked, and Koskie singled home a run.  A walk to Pierzynski loaded the bases and a Cuddyer single tied it at 2-2.

Young homered in the fifth to put the Tigers back up 3-2, but the Twins got the run back in the sixth when LeCroy doubled and scored on a Pierzynski single.  The Twins had men on first and third with one out in the seventh, but a double play took them out of the inning.  They had men on second and third with two out in the eighth, but again could not score.  Detroit had men on first and second in the ninth, but similarly failed to touch home plate, so the game went to extra innings.

With two out in the tenth, Justin Morneau walked and scored from first on a Lew Ford double to give the Twins their first lead.  But the Tigers tied it in the tenth when Young doubled and pinch-runner Andres Torres scored on a Halter single.  Cuddyer led off the eleventh with a home run.  Detroit got a leadoff walk in the bottom of the eleventh and bunted the man to second, but there he stayed and the game went to the Twins.

Notes:  Ron Gardenhire treated this like a late spring training game, starting many of the regulars but taking them out early.  An exception was that Cuddyer started at first base in place of Doug Mientkiewicz.  Shannon Stewart was in left, Jones in right, and LeCroy at DH.

Eric Milton started and pitched five innings, giving up three runs on eight hits and a walk and striking out one.  His ERA was 2.65.  Reed lowered his ERA to 5.07.  Guardado gave up a run in one inning and had an ERA of 2.89.  Hawkins lowered his ERA to 1.86.

Sanchez would end up with 52 stolen bases.  That was only good for third in the league, behind Juan Pierre (65) and Carl Crawford (55).  The last time someone stole as many as 52 bases in a season was 2017, when Dee Gordon stole 60.  The last time it happened in the American League was 2014, when Jose Altuve stole 56.

This was not only Rogers' first relief appearance of the season, it was the first time he had been used in relief since 1997.

Record:  The Twins were 90-70, in first place in the American League Central, six games ahead of Chicago.

Wayne Hattaway joined the Twins organization in 1963 and was been employed by the team as an equipment manager, trainer, or clubhouse attendant, either in the majors or the minors, until his passing in April of 2020.

END_OF_DOCUMENT_TOKEN_TO_BE_REPLACED

Batting star:  Michael Ryan was 3-for-4 with a home run and a double.

The game:  Molina got the game's first hit, a home run, with two out in the second to give the Angels a 1-0 lead.  In the third, a strikeout-plus-wild pitch and two walks loaded the bases and Spiezio hit a two-out grand slam to make it 5-0 Anaheim.

The Twins got on the board in the bottom of the third when Ryan homered.  In the fourth, Corey Koskie walked and Matthew LeCroy singled.  A wild pitch moved the runners up and Dustan Mohr hit a sacrifice fly to cut the lead to 5-2.

But that was as good as it got.  Ryan led off the fifth with a double and A. J. Pierzynski and Ryan hit one-out singles in the seventh, but nothing came of them.  The Angels put it out of reach in the eighth.  Anderson led off the inning with a home run.  Later in the inning a single and two walks loaded the bases and Wilson Delgado hit a two-run single to make it 8-2.  Anaheim added two in the ninth to bring the final score to 10-2.

Notes:  LeCroy was at first base in place of Doug Mientkiewicz.  Denny Hocking was at short in place of Cristian Guzman.  Shannon Stewart was in left with Ryan in right and Jacque Jones at DH.

Ryan hit his first major league home run in this game.  He would hit five for the season and seven for his career.

This was Adam Johnson's first game for the Twins this season.  He gave up two runs (one earned) in one inning.  He would make one other appearance this season, and that would be the last of his major league career.

After climbing to within a half game of first place, the Twins had now dropped two in a row.  The White Sox were idle and Kansas City lost.

Record:  The Twins were 71-66, tied for second with Kansas City in the American League Central, two games behind Chicago.

Wayne Hattaway joined the Twins organization in 1963 and has been employed by the team as an equipment manager, trainer, or clubhouse attendant, either in the majors or the minors, ever since.