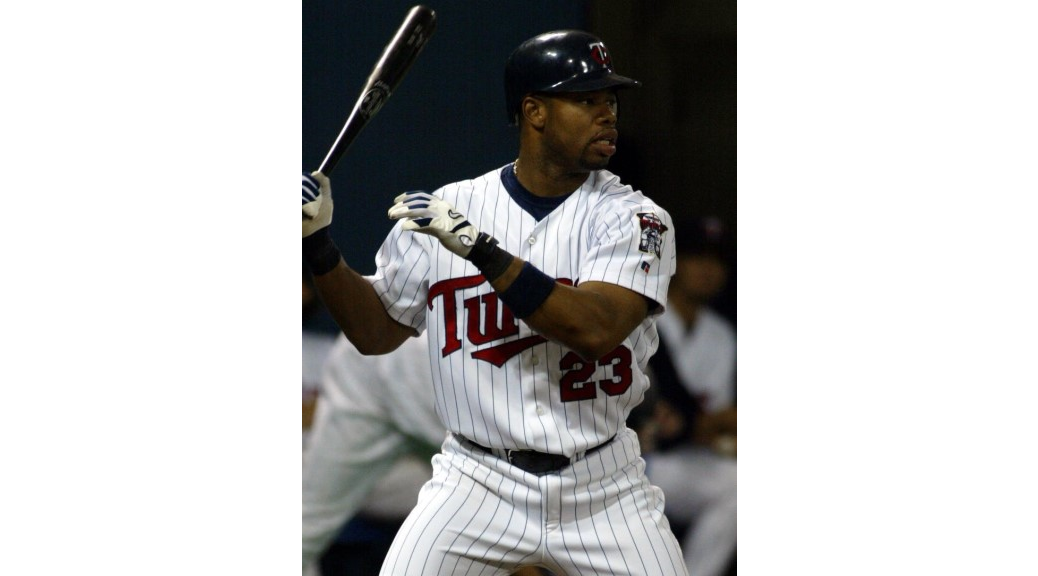 Batting star:  Shannon Stewart was 2-for-4 with a home run (his thirteenth) and four RBIs.

Opposition stars:  Joe Randa was 3-for-4 with two doubles.  Brent Mayne was 1-for-3 with a home run (his fifth).

The game:  It did not look good early.  Aaron Guiel led off with a single and scored from first on Randa's double.  Mayne homered leading off the third to make it 2-0 Royals.  In the third Carlos Beltran singled, Raul Ibanez walked, and Ken Harvey singled to increase the lead to 3-0.

Kansas City left the bases loaded, however, and it cost them.  The Twins did not get a hit for the first five innings.  In the sixth, however, Dustan Mohr got an infield single, Cristian Guzman walked, and Stewart hit a three-run homer.  That quickly, it was tied 3-3.  The Twins went into the lead in the seventh.  A. J. Pierzynski led off with a double and Mohr walked.  A bunt moved the runners up and Stewart again came through, delivering an RBI single to put the Twins up 4-3.  The Royals did not get a baserunner in the last two innings, and the game went to the Twins.

Notes:  Matthew LeCroy was at first base in place of Doug Mientkiewicz.  Mientkiewicz came in for defense in the ninth inning.

It was again Stewart in left, Mohr in right, and Jacque Jones at DH.

Since his awful outing of July 13 (four runs in a third of an inning), Hawkins had appeared in 17 games and pitched 16.2 innings.  He had allowed just two runs on sixteen hits and three walks and had struck out twelve.

As mentioned above Stewart hit his thirteenth home run in this game.  He would set his career high in home runs in 2003.

With the win, the Twins finally climbed out of third place and into second.  Could they stay there?  Could they move up to first?

Record:  The Twins were 66-61, in second place in the American League Central, a half game behind Chicago.  They were a half game ahead of third place Kansas City. 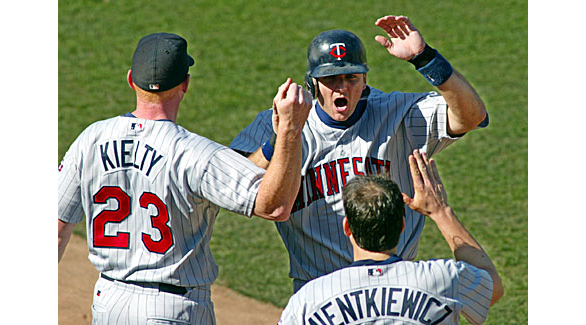 The game:  The all-star break was apparently what the Twins needed, as they scored five runs in the first inning to put this one away early.  With one out Cristian Guzman reached on an error and Jones singled, putting men on first and second.  Then came three more singles, producing four runs:  Hunter had an RBI single, Pierzynski drove in two with a single, and Doug Mientkiewicz had a run-scoring single.  Another run scored on a ground out to make it 5-0 after one inning.

The Athletics got on the board in the second on consecutive two-out singles by Terrence Long, Ellis, and Singleton.  The Twins got the run back in the bottom of the second when Hunter homered.

And that was pretty much it.  Oakland got one more run, scoring in the sixth when Miguel Tejada singled and scored on a Ramon Hernandez double.  Hernandez was thrown out trying to go to third, however, and the Athletics did not mount another threat the rest of the game.

Notes:  Chris Gomez was at third base in the continuing absence of Corey Koskie.

Much was made of the Twins debut of Shannon Stewart in this game, but he went 0-for-5 as the DH.  More important was the return of Jones to the lineup, as he had three hits and scored a run.  Stewart would eventually see time in left field, with Jones either in right or at DH.  The playing time of people like Justin Morneau and Matthew LeCroy would be substantially reduced, with Morneau eventually being sent back to AAA simply because there was not a spot for him.

It really was a big deal to Twins fans when they acquired Stewart.  I still remember finding out about it.  I had been at a local ball game that night, and turned on ESPN while getting ready for bed.  The bottom line crawl said that Stewart had been traded, and my thought was "Oh.  I wonder who got him."  Then the crawl said it was the Twins, and I just went, "Wow!"  I was stunned that they would pull off a trade like that.

Hudson pitched seven innings for Oakland, giving up six runs (four earned) on eleven hits and one walk and striking out two.  He was having what was probably the best season of his career.  He would finish 16-7, 2.70, 1.08 WHIP and would finish fourth in Cy Young voting.   He could've finished better--I'm not saying it was injustice, just that his numbers are pretty much in line with the top three that year (Roy Halladay, Esteban Loaiza, and Pedro Martinez).

The win snapped an eight-game losing streak, and was the first win for the Twins since the fourth of July.  Their drop to third place turned out to be brief.

Record:  The Twins were 45-49, in second place in the American League Central, 7.5 games behind Kansas City.  They were a half game ahead of third-place Chicago. 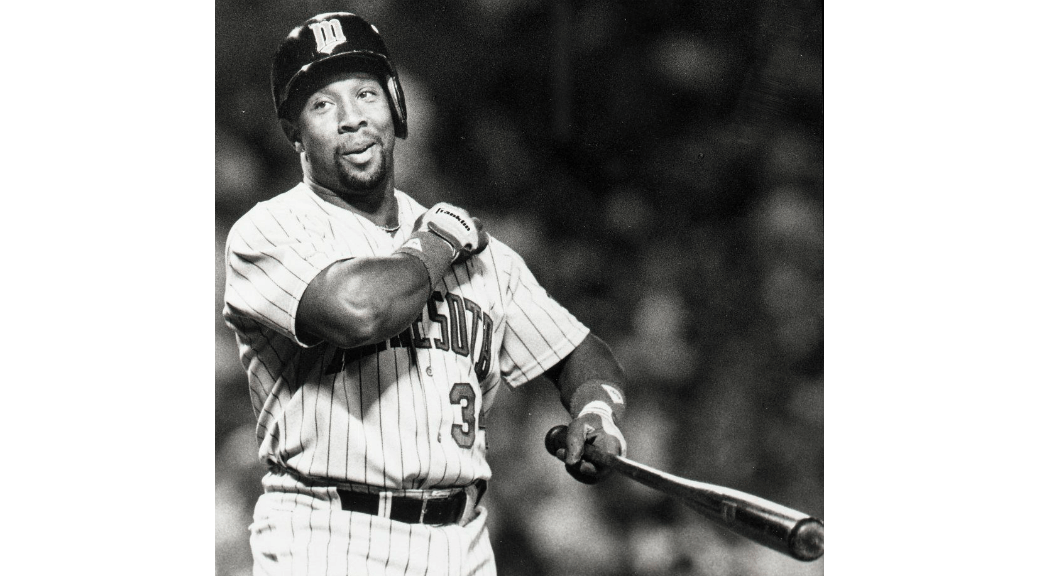 Opposition stars:  Wilson Alvarez pitched 6.1 innings, giving up two runs (one earned) on five hits and two walks and striking out two.  Frank Thomas was 2-for-4 with a double.  Sammy Sosa was 2-for-4.  Ozzie Guillen was 2-for-4.

The game:  Each team missed a chance in the first.  The Twins had men on first and second with none out; the White Sox loaded the bases.  Still it was scoreless until the second.  Brian Harper reached on an error and Mack singled.  A bunt advanced the runners and Pedro Munoz delivered an RBI single.  With men on first and third, the Twins tried a double steal of second and home, but Mack was thrown out at the plate to leave the score 1-0 Twins.

Chicago tied it in the third on back-to-back two-out doubles by Thomas and Carlton Fisk.  They took the lead in the fourth.  Sosa and Lance Johnson started the inning with singles, putting men on first and third.  The White Sox then tried a double steal of their own and got the same result the Twins had, with Sosa thrown out at the plate.  Ron Karkovice singled, however, putting Chicago up 2-1.

It stayed 2-1 until the seventh.  With one out Mack singled, stole second, and scored on a Gene Larkin single, tying it 2-2.  In the eighth Puckett homered to give the Twins a 3-2 advantage.  The White Sox did not get a man past first after that.

Notes:  Mack was in left field, with Dan Gladden on the bench.  Gagne moved up to the leadoff spot.  Larkin was at first base in place of Kent Hrbek.  Munoz was in right field.

Not only had the White Sox been eliminated, they now had only a 1.5 game lead over Oakland and Texas for second.  It was possible that they might drop to third or even fourth.

Record:  The Twins were 94-63, in first place in the American League West, ten games ahead of Chicago.

In the East, Toronto won and Boston lost, increasing the Blue Jays' lead to 4.5 games.  Toronto had clinched at least a tie for the division. 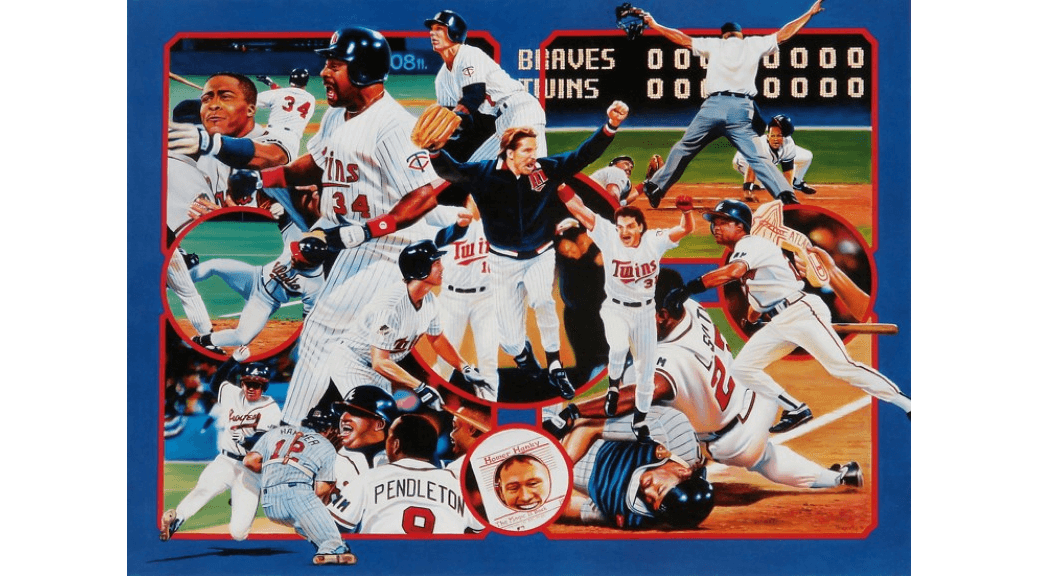 Batting star:  Mike Pagliarulo was 1-for-3 with a double.

Pitching star:  Mark Guthrie pitched 2.2 innings of relief, giving up one run on two hits and two walks and striking out one.

Opposition stars:  Dan Pasqua was 2-for-3 with a home run (his eighth), a walk, and two runs.  Robin Ventura was 1-for-3 with a two-run homer (his seventh) and a walk.

The game:  The White Sox put men on first and third in the first inning and did not score.  They got on the board in the third, however, when Tim Raines hit a one-out double and Ventura followed with a two-run homer.  It did not kill the rally, as with two out Pasqua walked, Matt Merullo singled, and Warren Newson delivered an RBI single to make the score 3-0.

The Twins, meanwhile, had managed only one single in the first five innings.  That changed in the sixth.  Junior Ortiz was hit by a pitch and Pagliarulo doubled, putting men on second and third.  With one out, Greg Gagne got the Twins on the board with a sacrifice fly.  Randy Bush walked and Kirby Puckett and Kent Hrbek followed with RBI singles, tying the score 3-3.

The Twins put men on first and second with one out in the seventh, but it stayed 3-3 until the eighth, when Pasqua led off the inning with a home run to put Chicago back in front.  The Twins got a leadoff single from Chuck Knoblauch in the ninth but could not move him past first base.

Notes:  With Dan Gladden still out, Pedro Munoz was in left and Bush was in right.  Gagne was the leadoff batter with Bush batting second.  Paul Sorrento was the DH in place of Chili Davis.  Ortiz was behind the plate in place of Brian Harper.  Al Newman was at second base in place of Knoblauch.

Munoz was apparently injured fielding the Raines double in the third, as Shane Mack came in to replace him after that play.  Munoz would not play again until July 14, and after that game would not play again until September.  Jarvis Brown pinch-ran for Bush in the eighth and stayed in the game in right field.  Knoblauch pinch-hit for Mack in the ninth.  Davis pinch-hit for Ortiz in the ninth.

Puckett was 1-for-4 and was batting .315.  Kevin Tapani started and gave up three runs in five innings, making his ERA 3.14.

Texas defeated California 7-0, knocking the Twins out of first place.

Record;  The Twins were 47-36, in second place in the American League West, five percentage points behind Texas.  The Rangers had played six fewer games than the Twins.  Minnesota led third-place California by two games.