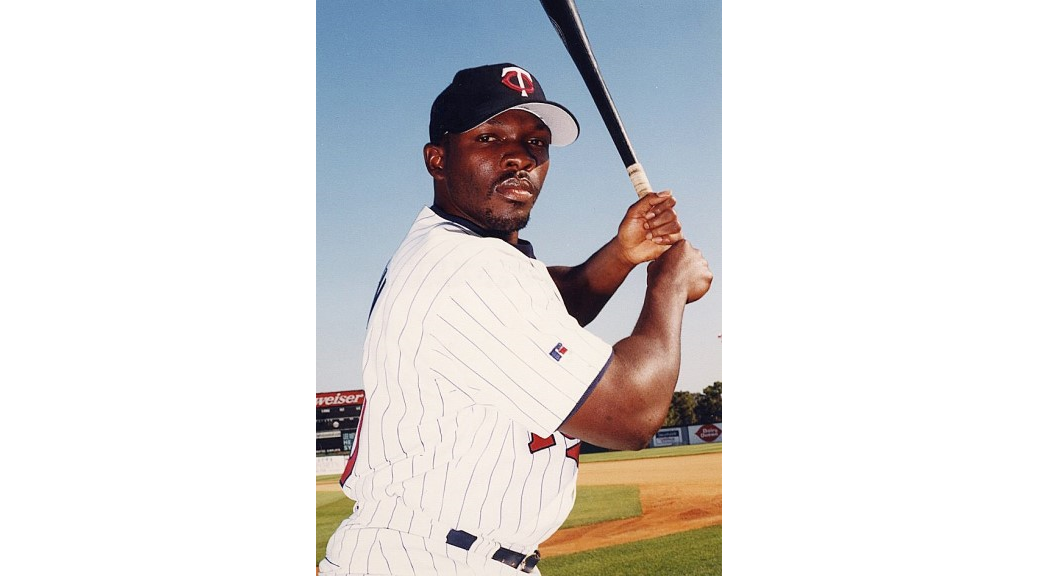 The game:  Ronnie Belliard led off the game with a single and Grissom followed with a two-run homer, putting the Twins in a 2-0 hole two batters into the game.  The Twins got one back in the bottom of the first when Cristian Guzman drew a one-out walk and scored on Lawton's triple.  The Brewers had men on first and third with none out in the second and first and second with one out in the third, but were denied both times, leaving the score 2-1 through three.

The Twins took their first (and only) lead of the game in the fourth.  Cummings led off with a double but only made it as far as third with two out.  Hocking then got an RBI single to tie the score.  Singles by Jacque Jones and Guzman produced another run, and the Twins led 3-2.

The lead lasted until the next half-inning.  In the fifth, Grissom singled, stole second, went to third on a fly ball, and scored on a fielder's choice, tying it 3-3.  Charlie Hayes walked to put men on first and second and Sweeney had a run-scoring single to give Milwaukee a 4-3 advantage.

The Twins threatened in the sixth when Hocking led off with a double, but he could only get as far as third.  The Brewers added an insurance run in the seventh when Grissom reached on a two-base error and scored on a Jenkins single.  The Twins had one more threat in the ninth.  Lawton led off with a single, David Ortiz had a one-out single, and Cummings walked, loading the bases.  A hit would have tied the score, but Matthew LeCroy hit into a double play and the game was over.

Notes:  Hocking was at second base in place of Jay Canizaro.  Jacque Jones was in center.  Torii Hunter played the most games in center, but he was sent down for a couple of months in the middle of the season after batting just .207.  He would hit very well the last couple of months and end at .280.  Lawton, who played quite a bit in both right and left, was in left in this game, with Cummings in right.

The only non-pitcher substitution was that Brian Buchanan pinch-ran for Ortiz in the ninth.  I understand that, if the game went extra innings, Buchanan was probably the best choice to replace Ortiz as DH.  I also don't have time to go back and look at who was on the roster in that game or what their health situation was.  But it's hard to believe the Twins didn't have a better pinch-running candidate than Buchanan, especially when he represented the tying run.  It didn't matter, as it turned out, but that still seems like a strange move.