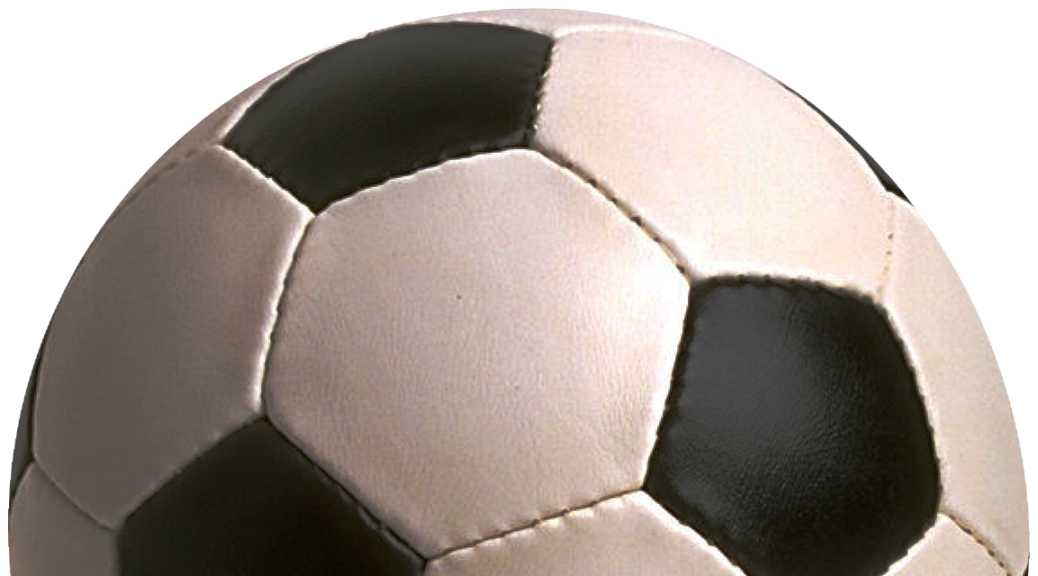 This past Friday night was USA-Mexico in Columbus, Ohio. A few years ago, I would have circled this on my calendar and looked into tickets (thought the threat of actually going never did materialize). These days, I didn't even know it was happening until (last) Monday lunchtime. How did I - the proud owner of a 2004 #23 Eddie Pope USMNT jersey that's done service through 3 World Cups - fall away from a sport that I used to so passionately follow? END_OF_DOCUMENT_TOKEN_TO_BE_REPLACED

Today's the Champions League final between Atlético Madrid and Real Madrid. I'm sure I speak for all right-thinking Citizens when I say Forza Atleti!. Kickoff is at 1PM Central on FOX (not FSN, actual FOX)

Today is the last day of the English soccer season. It's crazy to think I'm on my third state to live in since the season started. It seems like the season just started. After the jump, the TV schedule and a few scenarios to keep an eye on. END_OF_DOCUMENT_TOKEN_TO_BE_REPLACED

I figured why not? Great news is that I found out my uncle's cable provider (Xfinity) has Premier League onDemand, so I get to watch Fulham get the shit kicked out of them by Liverpool even though Chelsea-West Brom is on. And if both of those games go South quickly, I have 3 more matches to chose from. It's amazing to me to think about how just 3 years ago I could barely get a game on TV, and now I can literally watch any match I want.

And don't forget the MLS Cup Playoffs are in full swing. Today is SKC at Houston (2:30/1:30 Central on NBC). SKC sure did take their sweet-ass time overcoming the 2-1 deficit from the first leg v. the Revs, but boy am I glad they did. And Houston knocked out Community Shield winners NYRB, keeping NYRB/MetroStars's perfect record of no MLS Cups in tact, a fact I'm very much in favor of. Tomorrow at 9/8C on ESPN, Portland travels to RSL. RSL overcame a 1-0 first leg deficit to eliminate the Cup holders LA Galaxy. Portland won both legs of their NW Derby with Seattle to advance 5-3.

Here's a recap of the rules:

First match of the year kicks off at 7:45E/6:45C AM this Saturday, the 17th. You have until kick off to get your picks in. As always, I'll have a Google Spreadsheet with everyone's picks so we can keep track of everything and I'll confer with sean about updating the sidebar scoreboard once everything's set up.

I am really getting a lot of mileage out of the "sporadic" part of my feature's title. Anyway, it's the last day of the season, and that means 10 games all at once, specifically 11 AM Eastern/10 Central on Sunday (So pretty much if you can see this post, get the TV/laptop ready). There's not a whole lot to be played for today. United won the title going away, City is firmly in 2nd, and all three relegation spots (Wigan, Reading, and QPR) are finalized. The battle for 3rd and 4th (and thus the Champions League) is heating up, with Chelsea, Arsenal, and Spurs (currently in that order) all still able to qualify. Will Spurs be the odd one out, or will one of the teams above them stumble? Lower in the table, spots 10-17 are only separated by 4 points, so lots of shuffling could be seen by day's end. How will that affect our prediction contest? Some numbers after the jump. END_OF_DOCUMENT_TOKEN_TO_BE_REPLACED

Today is the last day of the transfer window. Transfers must be completed by 11:00 PM GMT/5:00 PM Central. Some big names so far of this window:

Mario Ballotelli - AC Milan bought him from Man City for £17m
Wilfried Zaha - Bought by ManUtd for £10m + £5m add-ons from Crystal Palace, then loaned back to Crystal Palace for the rest of the year
Nuri Sahin - On loan from Real Madrid, Liverpool have terminated the loan and returned him. RM have already loaned him to Borrusia Dortmund for 18 months.
Chris Iwelumo - Loaned from Watford to Oldham. I only mention him because he's considered to have done the greatest miss in recent soccer history. (Fast-forward to 30s for fantastic Scottish commentary)

Newcastle have signed a slew of Frenchmen, leading to all manner of terrible jokes, and QPR has been very active because of the wheelings and dealings of Harry "Don't Call Me A Wheeler-Dealer" Redknapp.

It's also rumored that PSG will announce signing David Beckham. Press conference in a few hours.

Messi won his fourth consecutive Ballon d'Or. No one else, has more than three (Cruyff, van Basten, Platini), and only Platini won his three consecutively. Messi garnered 41.6% of the vote, Cristiano Ronaldo came second with 23.7% and Messi's Barcelona teammate Andrés Iniesta came third with 10.9%. That Messi won is no real surprise - the surprise comes when you see what he wore to the acceptance ceremony. END_OF_DOCUMENT_TOKEN_TO_BE_REPLACED

It's been a long time since a Sporadic Soccer Story has graced these pages. That is entirely due to my sloth, and I apologize. I figured with the new year brings not only the transfer window, but the chance for a new start, so I will do my best to be more regular with SSS entries.

The particular report which prompted this post is a report that Chelsea have been given permission by Newcastle to speak to Demba Ba. Ba is one of my favorite players (and not only because his name is so fun to say), so seeing him in Chelsea blue would be a bummer, personally, though I'm sure a few Citizens would welcome such a transfer.

Just now I've added a ImportHTML and a VLookup to the Prediction Contest spreadsheet, so it should update automatically (on Google Drive, not here). Hopefully we'll see if it worked after today's games, which are as follows:

All times Central. Lots of Citizens' teams in action today. As noted in the article above, Ba will sit out against Everton today, so my Fantasy team thanks you Abrahmovich*.

*May or may not logically be his fault, but I'm blaming him anyway.

The return of the EPL season is upon us. It's time to revive the Prediction Contest. END_OF_DOCUMENT_TOKEN_TO_BE_REPLACED