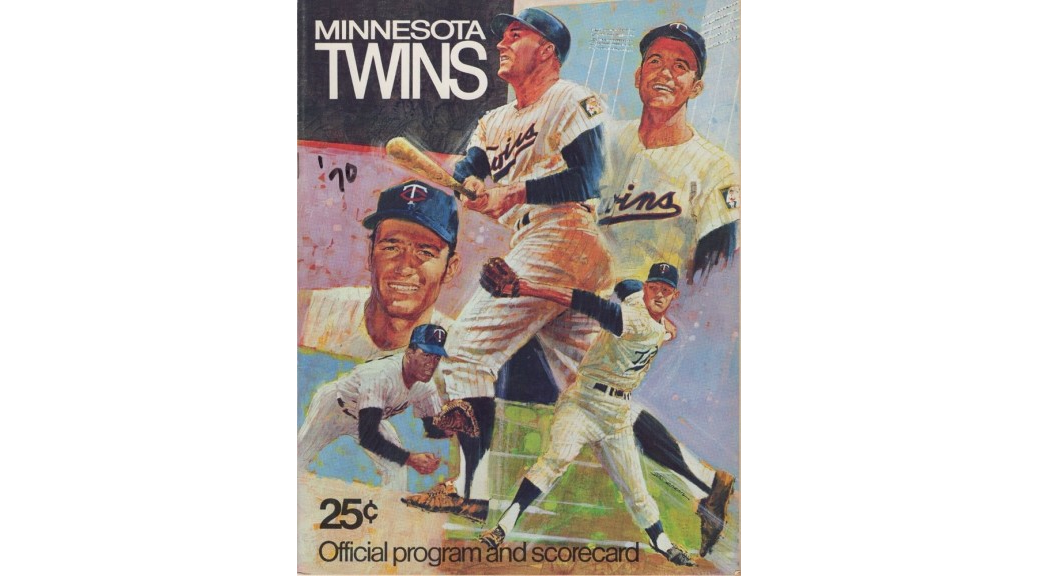 The game:  In the bottom of the first, Larry Brown reached on an error and scored on a double by Ted Uhlaender, giving the Indians a 1-0 lead.  McDowell homered leading off the third and Sims homered with one out in the fourth to make it 3-0.  Meanwhile, the Twins had only two singles through five innings and only advanced one man as far as second base.

The changed in the sixth when Cardenas got the Twins on the board with a home run.  The Twins' joy was short-lived, however, as with two out in the sixth Vada Pinson walked and Sims followed with a two-run homer, putting Cleveland up 5-1.

The Twins did try to come back.  In the eighth Cardenas walked, Killebrew singled, and Tony Oliva had an RBI single to cut the lead to 5-2.  In the ninth Allison singled, Rick Renick had a pinch-hit double, and Minnie Mendoza hit a two-run single, cutting the lead to 5-4 and putting the tying run on base with one out.  The Twins could do no more, however, and the game ended with a 5-4 score.

This was only Hall's seventh game of the season.  Prior to this game, he had pitched just 1.1 innings since April 24.  I don't know if he was battling an injury, but it doesn't appear that way.  He just was not being used for some reason.

I find it odd that, with Rod Carew on the bench, Bill Rigney chose to use him in place of Tovar, rather than the light-hitting Mendoza.  Mendoza got a two-run single, so either Rigney knew something I don't or he just got lucky.

The Twins went 6-3 on their nine-game East Division road trip, taking two of three in each series.

Record:  The Twins were 18-9, in first place in the American League West, a half-game ahead of California. 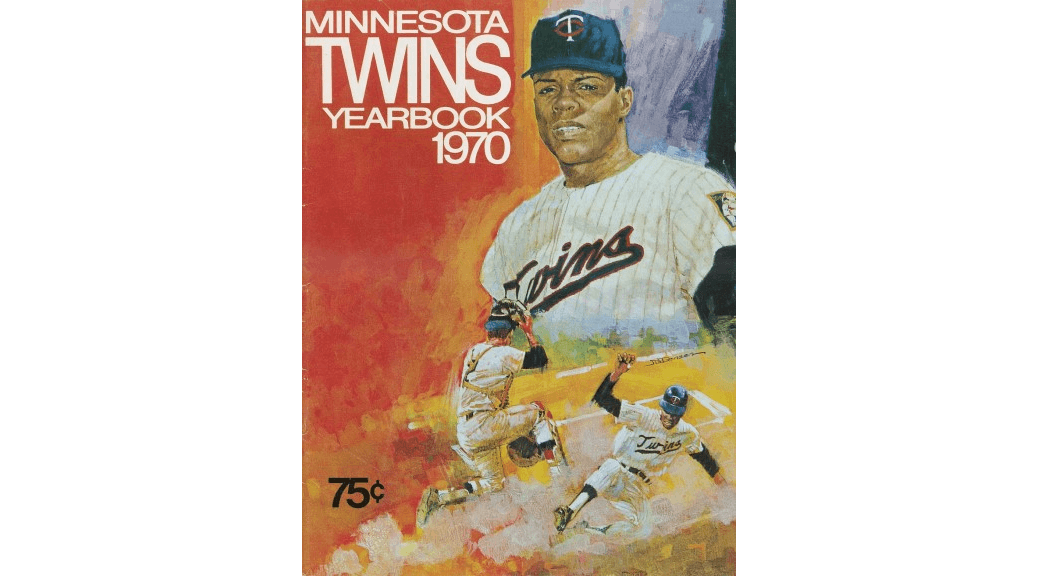 Batting star:  Brant Alyea was 1-for-2 with two walks.

Pitching star:  Bill Zepp pitched four innings, giving up one run on three hits and a walk and striking out three.

Opposition stars:  Ex-Twin Ted Uhlaender was 3-for-5 with a triple and two runs.  Vada Pinson was 2-for-3 with three RBIs.  Ray Fosse was 2-for-3 with a walk.  Sam McDowell was 2-for-4 with two runs.  He also pitched a complete game, giving up one run on six hits and five walks and striking out eight.

The game:  The Indians started the scoring in the third.  McDowell and Uhlaender led off the inning with singles, a ground out advanced them, and a sacrifice fly brought home the first run.  Back-to-back RBI doubles by Tony Horton and Roy Foster made it 3-0 Cleveland.

The Twins got on the board in the fourth.  With one out, Tony Oliva tripled and scored on Alyea's single.  Rich Reese followed with another single, but the Twins could do no more and it was 3-1.  The Twins got a pair of two-out walks in the sixth, but could do nothing with those, either.

The Indians added a run in the seventh when Uhlaender tripled and scored on Pinson's two-out single.  The Twins started the eighth with a walk and an error but McDowell struck out the next three batters.  In the ninth, McDowell and Uhlaender hit one-out singles and ex-Twin Graig Nettles walked to load the bases.  A sacrifice fly brought home the game's final run.  The Twins got two on in the ninth, but again did not score.

Notes:  Frank Quilici was again at second base in the absence of Rod Carew.  Leo Cardenas took Carew's number two spot in the lineup.

The Twins stranded eleven runners and were 1-for-9 with men in scoring position.

We don't have pitch counts in 1970, but with five walks and eight strikeouts McDowell clearly threw a lot of pitches.  This was his fifth start and his third complete game.  He had pitched 39.1 innings to this point, and had walked 20 and struck out 40.

The Twins did not keep their "win four, lose two" streak going, as their winning streak was snapped at two games.

Record:  The Twins were 10-5, in second place in the American League West, one game behind California.