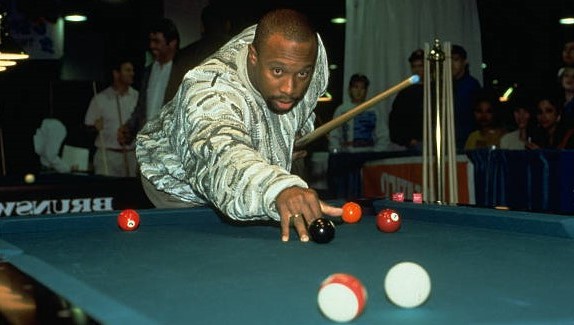 The game:  Each team scored in the first inning.  For the Mariners, Greg Briley singled, stole second, and scored on Griffey, Jr.'s single.  Puckett homered with two out in the bottom of the first to tie it 1-1.  Henry Cotto got to third in the second, but did not score.

The Twins took their first lead in the third when Knoblauch tripled and scored on a Puckett single to make it 2-1 Twins.  Seattle tied it in the fourth on singles by Edgar Martinez, O'Brien, and Omar Vizquel.

It stayed 2-2 until the sixth.  Puckett led off with a walk and scored on Hrbek's double.  Davis then delivered an RBI single to make it 4-2.  The Twins put it away in the seventh.  Gene Larkin led off with a single, Greg Gagne had an RBI double, Dan Gladden was hit by a pitch, Knoblauch had an RBI single, a run scored on a ground out, and Davis hit a run-scoring double.  It was 8-2 Twins.  The Mariners never got more than one man on base after that.

Notes:  It was again Larkin in right and Puckett in center.  Shane Mack came in as a pinch-runner in the seventh and stayed in the game in center, with Puckett moving to right.

For some reason, Tom Kelly found it necessary to bring Rick Aguilera into the game with two out and none on in the ninth and an 8-2 lead.  Aguilera hadn't pitched since April 24, and the next day was an off day, but still, why bring him in then?  If he needed the work, why not bring him in to start the inning?  And he wouldn't pitch again until May 3, so they must not have thought Aguilera needed that much work.  It just seems really strange.

Record:  After a 2-9 start, the Twins improved to 9-10.  They climbed out of last place in the American League West, moving up to a tie for third with California, although leading Kansas City and Texas by mere percentage points.  They were 3.5 games behind the White Sox.