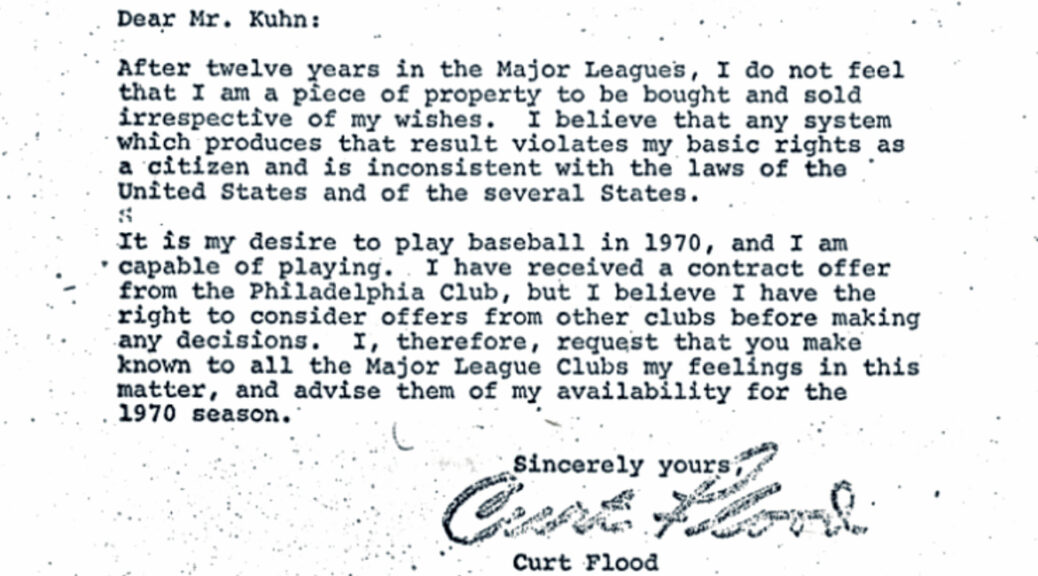 The Collective Bargaining Agreement that governs the relationship between Major League Baseball and the Major League Baseball Players Association expires at 11:59 p.m. on 01 December 2021. If a new agreement is not in place, the thirty owners can break a labor peace that has existed since 1995 and lock out the players. MLB owners locking out the people most responsible for creating public demand for the league’s entertainment product would match recent trends in other North American pro sports leagues’ negotiations with player unions, including the 2012–13 NHL lockout, 2011 NBA lockout, 2011 NFL lockout, 2004-05 NHL lockout, and 1998-99 NBA lockout.

The consensus assessment of the 2016 CBA seems to be one that turned out heavily skewed in favor of the interests of owners, one in which the MLBPA was out-negotiated, due in part to untimely death of executive director Michael Weiner. Consequently, MLBPA has hired a new lead attorney, Bruce Meyer (formerly of the NHL Players’ Association), to assist Weiner’s successor Tony Clark and sweat the fine details. The owners are represented by a labor issues committee chaired by Dick Montfort, the Rockies’ owner who makes fans of his team yearn for competence rivaling the late Brezhnev/Andropov/Chernenko era Soviet leadership. Meanwhile, Commissioner of Baseball Rob Manfred has been at turns viewed by players (and fans) as adversarial, avaricious, dismissive, meddlesome, & neglectful. Manfred has been involved on MLB’s side of labor issues since the 1980s; his legal team is headed by MLB COO Dan Halem, lead negotiator of the 2016 CBA.

Let’s say you were the Baseball Ombuds — some hypothetical job with the distinct charge to do what you view is in the best interest of baseball. The CBA governs the sport’s economics, labor issues, and rules, including when and under what conditions new rules can be imposed. Of course, negotiations involve parties making concessions to reach an agreement that can be durable for a number of years, but let’s give ourselves the freedom to dream of a CBA that governs the 2022–2026 seasons.

What changes or additions would you like to see to the next CBA that balance the needs and interests of fans, players, and owners, and which create the conditions for an appealing on-field product with a sustainable business model? What needs fixing, and how do you propose fixing it?