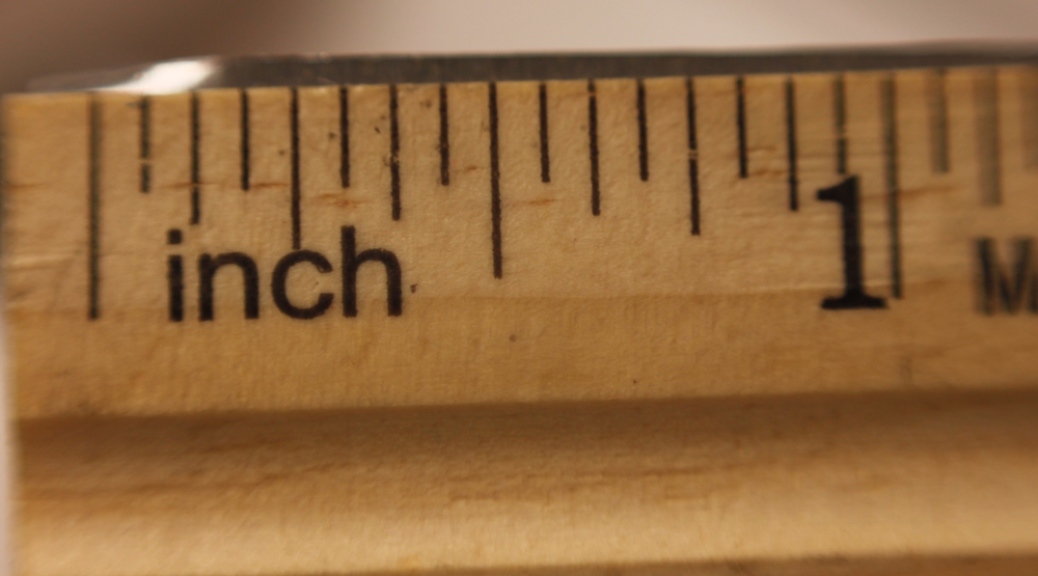 One of the oldest cliches about baseball is that it's a game of inches.  Like many cliches, it's a cliche because there's a lot of truth in it.  We got some examples last night,

In the first inning, the first three Cleveland batters hit the ball very hard.  Two of them, however, hit the ball right to fielders, meaning that with three hard hit balls, the Indians had two out and a man on first.  Then Carlos Santana was called out on a very borderline strike three to end the inning.  Our Santana, Ervin, was able to settle down after that and pitched very well the rest of the way,  Had even one more of those balls gone for a hit, or had that borderline strike been called a ball, the entire inning, and the entire game, might have gone differently.

Meanwhile, the first eight Twins batters went out.  Then Eduardo Escobar walked on a 3-2 pitch that appeared to be belt high over the inside corner.  The next batter, Aaron Hicks hit a fly ball to left-center that Michael Brantley dived for.  The ball was in his glove, but fell out when he hit the ground.  Instead of an out, it went for a triple.  Brian Dozier and Joe Mauer followed with back-to-back doubles, and instead of no runs, which could've happened in two different ways, the Twins had three runs.  Had the pitch to Escobar been called strike three, or had Brantley been able to make the play, the entire inning, and the entire game, might have gone differently.

Of course, none of that would've mattered had not the pitchers done their job.  After that shaky first inning, as said above, Ervin Santana pitched very well.  However, he left with two on and none out in the eighth and gave us an example of why the closer does not necessarily get the hardest or most important outs of the game.  Glen Perkins came in with men on first and second.  The first batter bunted, moving the runners to second and third.  The next batter hit a medium-deep fly to right and the Indians elected not to send Mike Aviles, who was in the game as a pinch-runner, to the plate.  Frankly, I was stunned that they did not force the Twins to make the play there, but they didn't.  Brian Dozier then made a fine play on a ground ball headed up the middle to end the inning.  Kevin Jepsen came in and pitched a scoreless ninth, and the Twins had a much-needed win.

The Astros lost, so the Twins are two games behind in the wild card race with twelve to play.  Tonight the Twins send Phil Hughes out to the mound to face Corey Kluber.  That's not a matchup that sounds good.  Who knows what the Twins might get out of Hughes--one of the benefits of Santana's outing last night, and possibly factoring in to the decision to send him out to start the eighth, is that the Twins may well need just about all of their thirty-seven relief pitchers tonight.  Corey Kluber is the reigning Cy Young Award winner and, while he hasn't been quite as good this year, he's still been really good.  The Twins' efforts against him this year, don't give one a lot of hope, either.  On paper it doesn't look good, but to again pull out one of my favorite Kenny Mayne quotes, they don't play the games on paper, they play them inside television sets.  There are twelve games left, boys and girls.  We've started our season-ending fourteen-game winning streak.  We're still on track for 89-73!