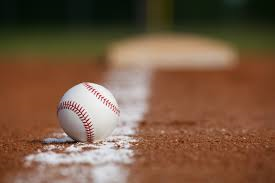 It's been a long and frustrating journey, but it's not over yet.

Trey has been playing baseball in some form since he was 4 years old. While Junior has had his successes in the sport, Trey has always been more advanced than his brother was at the same age. I'll admit to having some bias as a father, but I try to take pride in remaining as objective as possible when comparing him to his peers, but I always felt he was near the top and his managers generally treated him as one of their best players, having him pitch a lot, playing him in the infield and having him bat near the top of the order.

When Trey was 8, he made the 7-8 all-stars team, which played in a district pitching machine tournament. He earned a starting spot in the infield and batted in the middle of the lineup for a team that lost in the championship game.

When Trey was 9, I managed his team. When he wasn't pitching, he played shortstop and he batted 1st, 2nd or 3rd all season for a Minors Division team that finished 3rd with a winning record. However, he did not make the 9-10 All-Stars. Only two 9 year-olds made All-Stars and they were the best players from the first and second place teams. The rest of the team was comprised of 10 year olds that played in the Majors Division, even if they were players that were subbed in and out and batted at the bottom of the order. This was consistent with the previous year when only one 9-year-old made the team. We were frustrated by this but accepted that his turn would come the next season.

When Trey was 10, he was drafted into a Majors team. However, it was a loaded team with eight 12-year-olds and two 11-year-olds. The team was great and won the league and nearly went undefeated, however, the coach had a rule that 10-year-olds were too young to pitch or play in the infield. We were really frustrated by this because Trey's pitching and infield defense had always been ahead of his hitting. He was a good hitter but pitching and infield defense were his calling card and gave him confidence that he belonged playing with the best.

Trey struggled to hit early in the season and even had a hard time just making contact. It didn't help that he rarely got more than 1 or 2 at-bats a game as he and the other 10-year-old player split playing time. He played well in the corner outfield spots, but with three 12-year-old All-Star pitchers, opportunities for him to show what he could do were few and far between. We were also frustrated to see other 10-year-olds on other teams given opportunities to pitch and play in the infield. Trey's hitting improved as the season went on, but it ultimately wasn't enough as he was once again passed over for All-Stars.

We were devastated, especially since we had been so confident that he would be an All-Star just because he played in the Majors as a 10-year-old. What made it worse was when we realized that not only had they taken three or four 9-year-olds, but they also had taken several 10-year-olds that had played in the Minors, which basically never happened in the past. Basically, they had changed their way of selecting All-Stars from one year to the next and Trey had gotten the short end of the stick both times.

Once again, Trey was drafted onto a loaded team. However, Trey's manager gave him plenty of opportunities to show what he could do. He started at least one game at every infield position. Trey primarily paid center field because his coach felt he was the team's best player for that position and Trey made several highlight-reel catches. Trey also got some opportunities to pitch and did well in his 14 innings or work. He also batted anywhere from 2nd to 6th in the order, mostly 2nd or 5th, and batted over .400 and had an on-base percentage of over .500 while playing in every inning for a team that went 22-2.

Saturday was Closing Ceremonies, when they announced All-Star selections. I knew Trey was fully deserving of being an All-Star. However, after the experience 2 years prior, I tried not to get my hopes up or Trey's. And once again, Trey was not announced as an All-Star.

I was fuming. I knew without a doubt that there were not 12 players in that league that were better than Trey. All the teams were lined up on the field when All-Stars were announced. When they came off the field, I reined in my emotions as best I could and told Trey that he really deserved to be an All-Star but that life isn't always fair. And I couldn't help thinking that he was too young to have to learn that the hard way so many times.

That night, I was still fuming. I couldn't let it go. I had a terrible time trying to get too sleep. On Sunday afternoon, Trey's team was having a team pool party. I really had no desire to attend. I really didn't want to hear from parents that Trey should have been an All-Star. Even worse would be them not saying anything. We were bringing a cake to celebrate Trey's birthday next week. If it wasn't for that, I probably would have come up with an excuse not to go with the family to the party.

When we got there, Trey's manager pulled us aside and asked us if we had any plans for the next 9 weeks or so. We said no, not really. Well, he is also the manager of the All-Stars team and one of the players announced the previous night had dropped out and he wanted to add Trey to the team.

After all he had been through, it was such a relief to see him get this well-deserved honor. It was so great to see his teammates and their families get excited when it was announced that Trey was going to be an All-Star. One of the Trey's other coaches came up to us and told us how happy he was they had corrected that "horrible" decision to not include Trey, and that he was a very deserving All-Star. Mrs. SoCal told me that a number of parents told her very similar sentiments.

Of course, now this means we have a crazy busy summer with Tournament of Champions starting in a week for Trey's team finishing in first place. Two weeks after that will be the district All-Star tournament, and if they keep winning tournaments, they will go to the sectional tourney, the SoCal region tourney, the Western Regionals and finally Williamsport. I don't think Newmark Little League has ever gotten anywhere close to Williamsport, but you never know. This morning, Trey had 0 chance of getting there, so we're already ahead of the game.

2 thoughts on “From Frustration to Elation, Just That Quick”