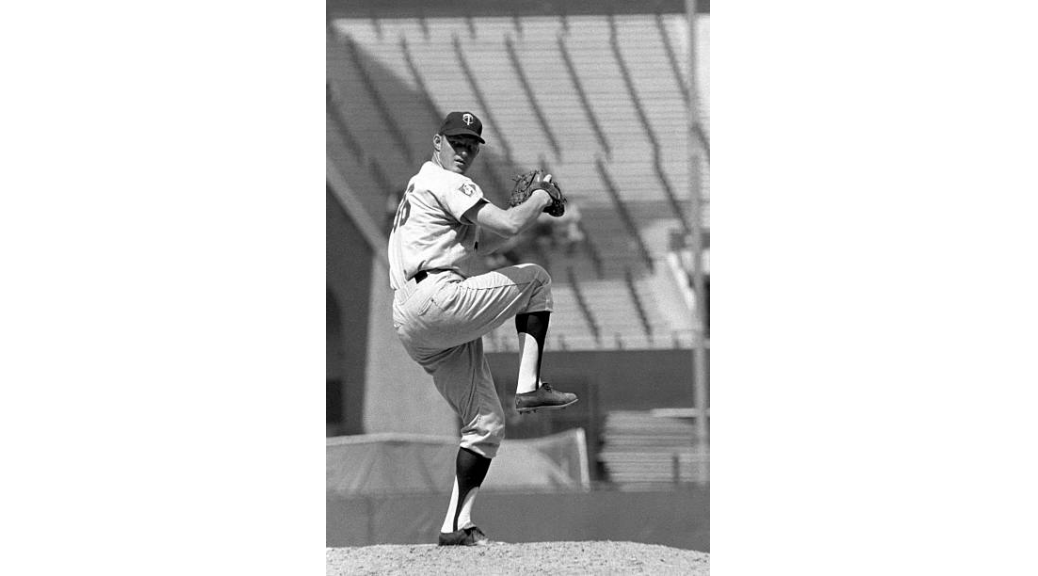 Batting stars:  Tony Oliva was 2-for-3 with a triple and a double.  Jim Kaat was 1-for-2 with a two-run homer.

Opposition star:  Bob Johnson struck out ten in an eight-inning complete game, giving up four runs on nine hits and no walks.

The game:  The Twins got on the board in the first inning when Cesar Tovar led off with a single and scored from first on an Oliva double.  With two out in the second Danny Thompson doubled and Kaat followed with a two-run homer, making it 3-0 Twins.  They added one more run in the sixth when Oliva tripled and Cotton Nash followed with an RBI single.

The Royals had only three hits in the game, all singles.  The closest they came to scoring was the seventh.  With one out, Lou Piniella and Bob Oliver hit consecutive singles.  Jim Campanis then grounded into a double play to end the inning.

This was the last game of Nash's major league career.

This was Kaat's only home run of the season.  He hit sixteen for his career, with a high of three in 1964.

Perranoski came in to record the last out and get the save.  There was no apparent reason to remove Williams and bring him in.  Perhaps the Twins wanted him to get into a game before the playoffs.  He would have been the league saves leader regardless.  Not a big deal, obviously, just a curiosity some fifty-two years later.

In the east, the Baltimore Orioles won the division by fifteen games over the second-place Yankees.  Thus, for the second consecutive season, the Twins would play the Orioles in the American League Championship Series.

Record:  The Twins were 98-64, in first place in the American League West, nine games ahead of Oakland.