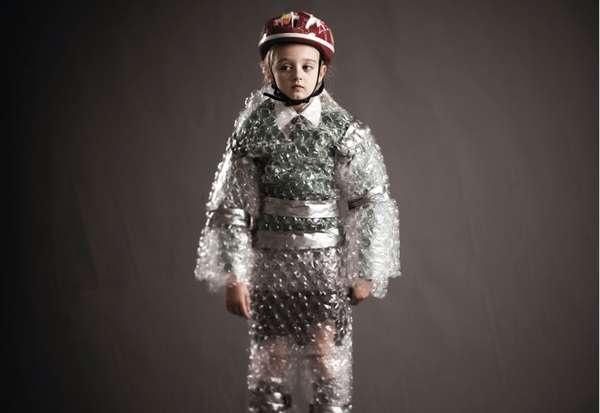 In among the many, many movie-related comments in Tuesday’s Movie Day post was this bit from Zee German, “I was trying to recall at what age I could really start roaming the neighborhood . . . probably 8-9-10 or somewhere in there.” A few people chimed in with thoughts, and it seemed to me there was more we could talk about in a dedicated FKB post.

As a parent of youngish kids (4.5 years and 1.5 years), I’m in the early stages of dealing with this stuff. So I guess I’m curious to know not just how much freedom people give their kids but also how they think about the question of how much freedom to give.

Not that long ago, Mr. NaCl and I had a . . . discussion (yeah, let’s call it that) about the jalapeño plugging in some Christmas lights. I thought it was completely fine. I mean, the jalapeño is certainly not timid, but neither is he a major risk taker. He’s also good about understanding rules about dangerous things and following those rules. But the mister obviously had a different opinion and thought it was just waaaaay to dangerous for a four-year-old kid to be having anything to do with an outlet.

Yesterday I came across a 2008 essay, "No-Man's-Land" by Eula Biss that addresses perceptions of safety, among other things. (Astute citizens may recognize Biss’s name; she the author of one of my favorite reads of 2014.)

Biss references The Culture of Fear by Barry Glassner:

Every society is threatened by a nearly infinite number of dangers, Glassner writes, but societies differ in what they choose to fear. Americans, interestingly, tend to be most preoccupied with those dangers that are among the least likely to cause us harm, while we ignore the problems that are hurting the greatest number of people. We suffer from a national confusion between true threats and imagined threats.

One of the paradoxes of our time is that the War on Terror has served mainly to reinforce a collective belief that maintaining the right amount of fear and suspicion will earn one safety. Fear is promoted by the government as a kind of policy. Fear is accepted, even among the best-educated people in this country, even among the professors with whom I work, as a kind of intelligence. And inspiring fear in others is often seen as neighborly and kindly, instead of being regarded as what my cousin recognized it for—a violence.

As it happens, this week Jane Brody has an article in the New York Times that ties in with all of this as well. It’s about Lenore Skenazy and a new tv show in which Skenazy works with overprotective parents to give their children a bit more freedom. The first episode is about a ten-year-old named Sam. His mother won’t let him ride a bike (“she’s afraid I’ll fall and get hurt”), cut up his own meat (“Mom thinks I’ll cut my fingers off”), or play “rough sports” like skating.

My heart kind of breaks for this kid. It's clear his mother loves him dearly and only wants to keep him safe. But by protecting him from all these perceived risks, what essential skills is she preventing him from acquiring?

Brody's article also includes the following quote from Dr. Peter Gray, author of the book Free to Learn: Why Unleashing the Instinct to Play Will Make Our Children Happier, More Self-Reliant, and Better Students for Life, “If children are not allowed to take routine risks, they’ll be less likely to be able to handle real risks when they do occur.”

As I’m sure is obvious to anyone still reading, I’m on the side of giving children more freedom rather than less. I want my kids to take risks, I want them to make mistakes, I want them to experience failure. That's not to say I'm going to teach them to swim by throwing them into the deep end of the pool. I want them to know I'll always be there for them, happy to offer support and guidance. But I also hope to give them opportunities, both big and small, to try out new things on their own and to develop the skills they'll need to one day navigate the world on their own.

The other day, the jalapeño dropped a raw egg on the kitchen floor. And that was okay with me. I had him help me clean it up, and afterward I asked him what he’d do differently the next time he was carrying an egg. He said he'd use two hands. That lesson was far more vivid than it would have been if I’d just followed him around calling out, “Be careful! Eggs can break! Don’t drop it!”