So the new format of Half-Baked Hall was a success in that we had a robust discussion about all of the new players. We also had the lowest voter turnout yet. I'll blame the heat. If anybody else wants to volunteer for bios, let me know. 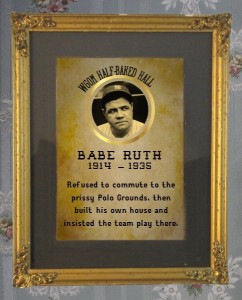 Arguably the best player of all-time managed to snag 100% of the vote. Good job voters. 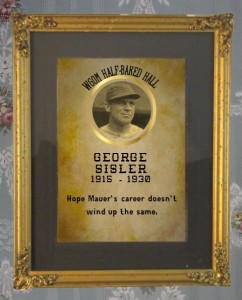 Mauer's career is arguably already better than Sisler's due to positional adjustments, but man Sisler fell off a cliff. Still good enough to nab 83% of the vote, though. 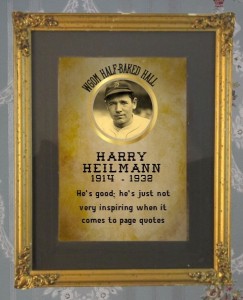 I asked Nibbish for a quote for Heilmann's plaque, as nobody has ever talked about him in the history of the WGOM. This is what he said. Harry got 78% of the vote. Now let's stop talking about him.

Remaining on the Ballot (19 Players)

Nearly everyone who carried over got a bump this time around, with Zack Wheat and Urban Shocker leading the way. Coveleski gets oh so close to election on his 3rd ballot. Scot's avatar starts out with 56%, so I think he has a chance.

The only guy to lose major ground was a catcher. Go figure.

Falling Off The Ballot (11 players)

Bobby Wallace falls just short of election on his final ballot. Carl Mays, who somehow snuck onto a 2nd ballot, crashes and burns this time.