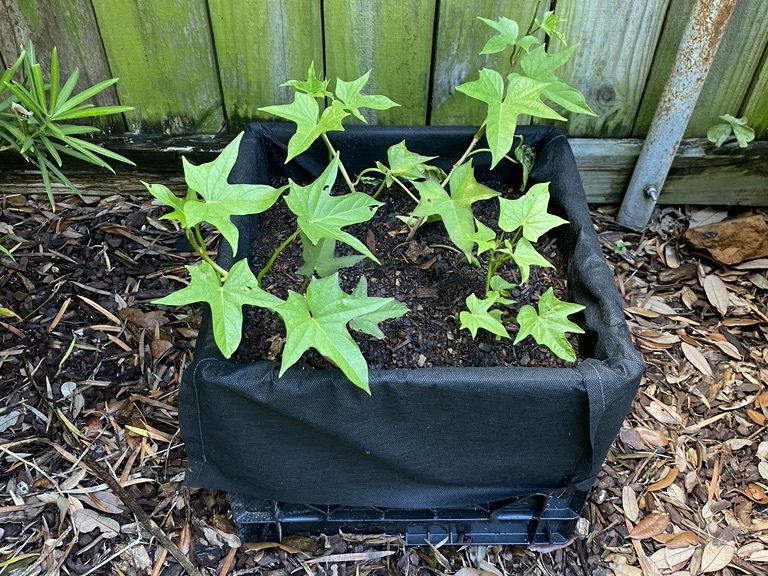 After Doc S (I think) mentioned that we were going to run into shortages of produce as supply chains were stress out by the pandemic Dr. Chop and I got down to business planting vegetables and herbs. We try to grow stuff every year, and every year we lose most the crop to the insects. This year we were able to spend a lot more time in the yard and we were able to kill enough caterpillars to keep the peppers and squash alive. And now we've got peppers for days. We also installed a bird feeder which I think has a positive effect on the insect problem as well.

As I mentioned in the CoC we got an Aero Garden at the start of the year, and we've been able to produce several heads of lettuce, spinach, and herbs. Currently, we've got chives sprouting, a new head of spinach, and bok choi growing to be transferred to the containers. We've always grown food stuff in containers, including our citrus, fig and olive trees, because the soil in New Orleans is suspect to begin with and the flooding from Katrina didn't help matters. We've found that you need to use high quality potting soil, compost, and an occasional fertilizing in order to get enough nutrient into the containers to provide good growth.

While out walking the neighborhood I found several milk crates littered in vacant lots, and the idea sprouted to turn them into square foot garden boxes. I had some stupid expensive dirt and ground cloth delivered for free (I heavily tipped the driver) from the local garden shop. I measured the crates - 12 x 12 x 10 3/4(h), so I cut the 48 inch long cloth into 14 inch wide strips with excess to account for seam allowance.

I laid two strips across each other at their centers and sewed 2 sides together. I decided that doubling the cloth on the bottom would slow drainage, and add an extra layer of protection from weeds and other intruders. 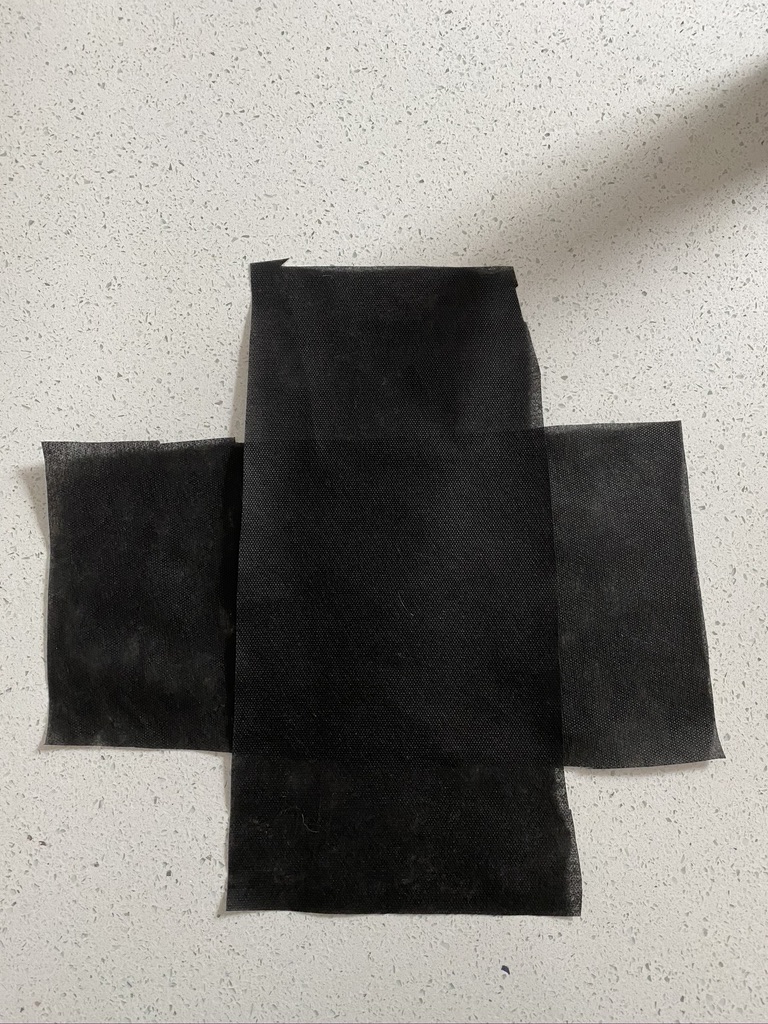 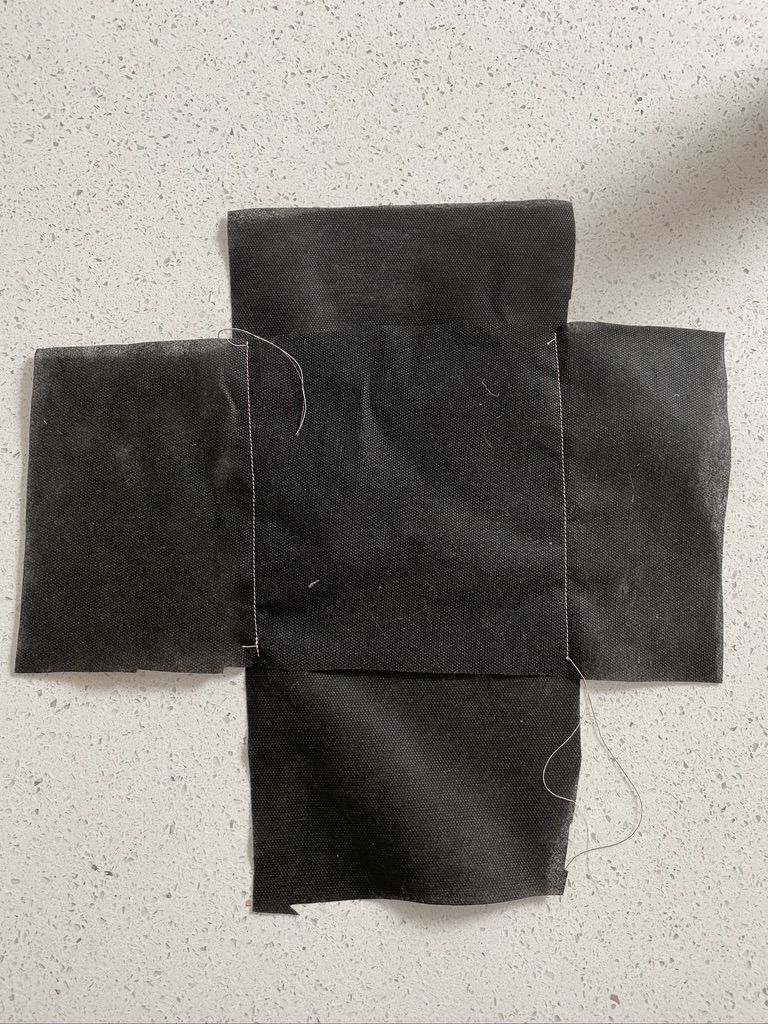 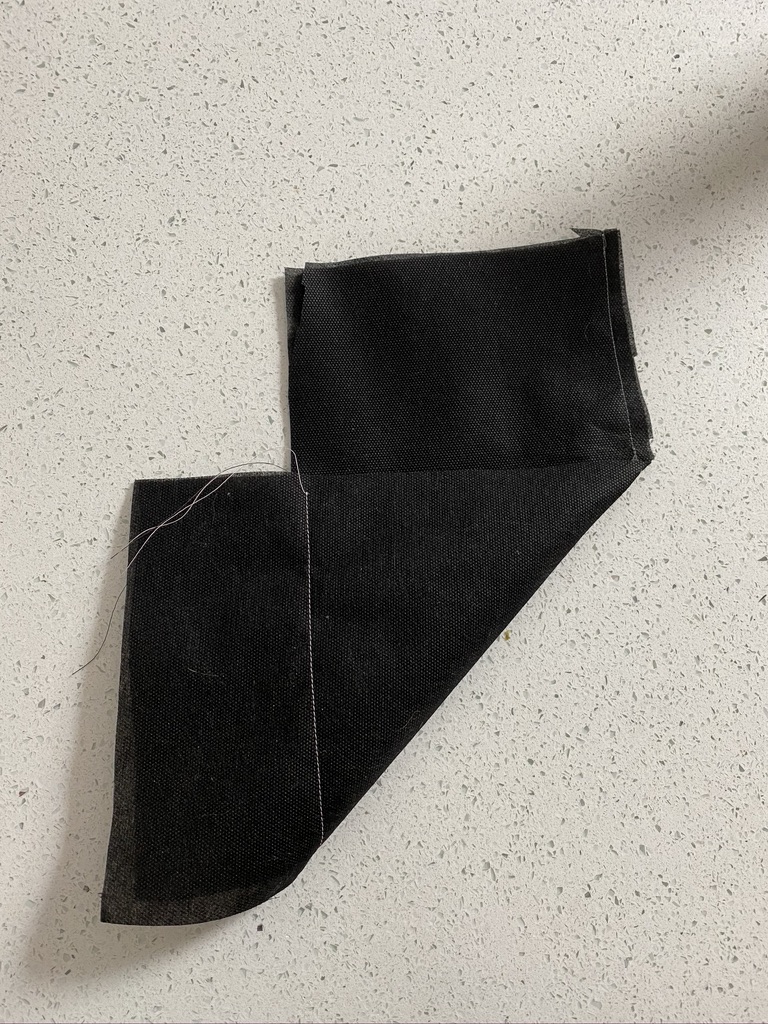 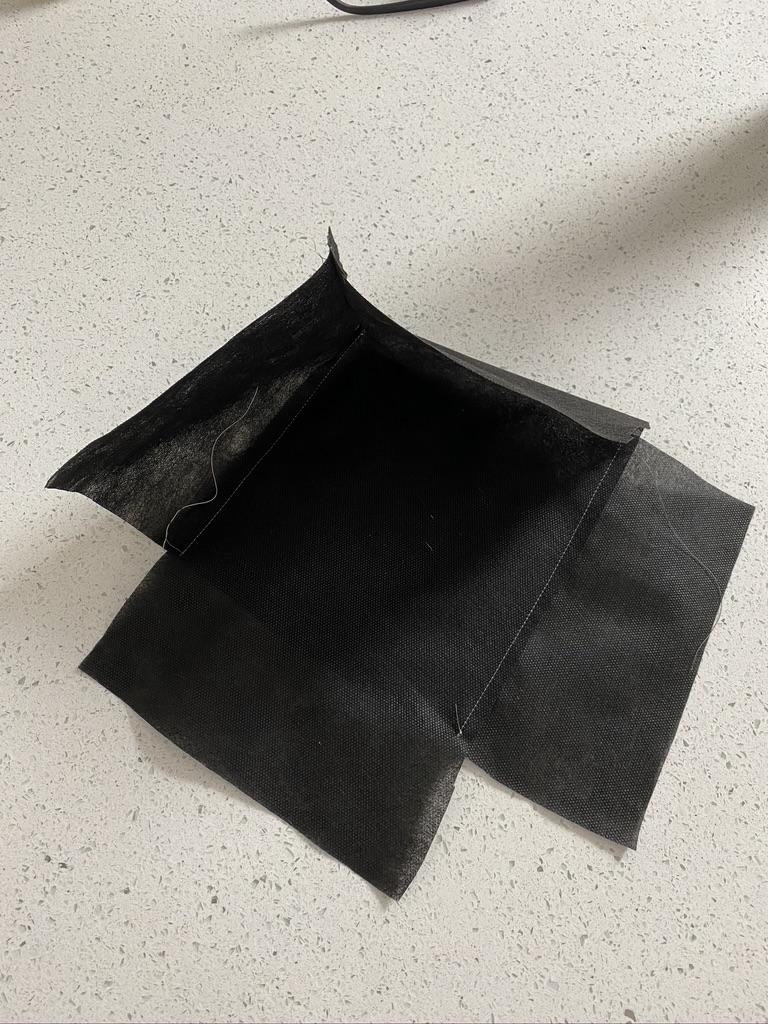 Repeat for the remaining 3 corners and you've got a ground cloth box. 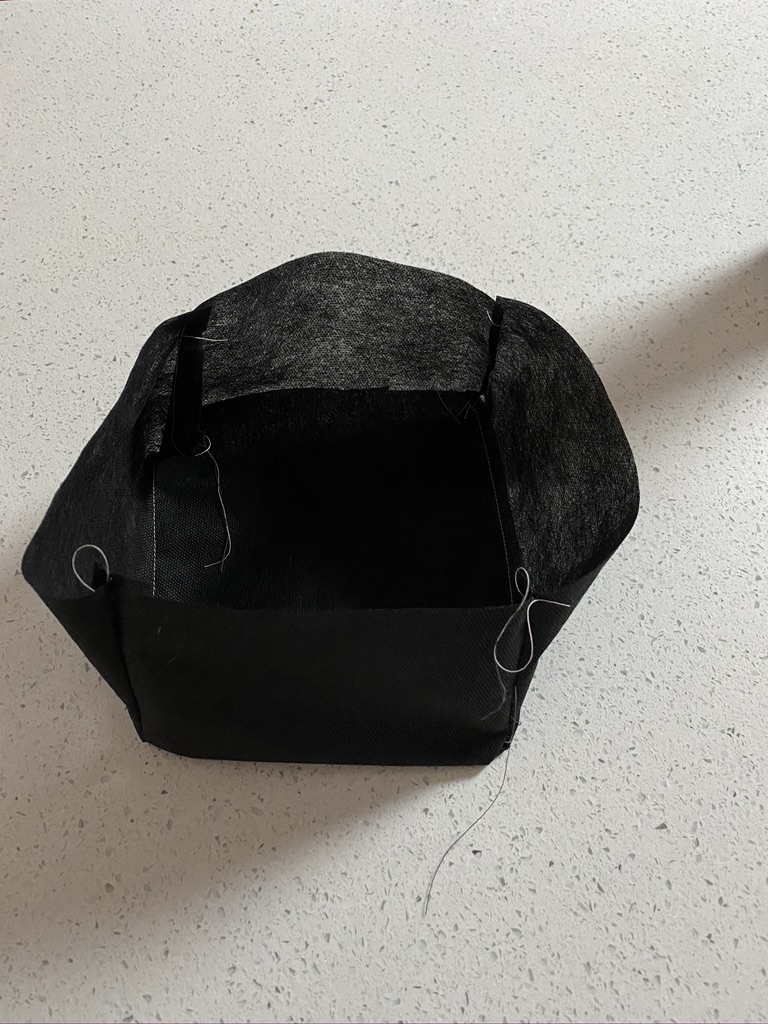 Instead of making these cloth boxes to match the actual size of the crate, I made them much taller so that I could wrap the excess over the top to keep the pressure of the dirt from spilling out of the bag. 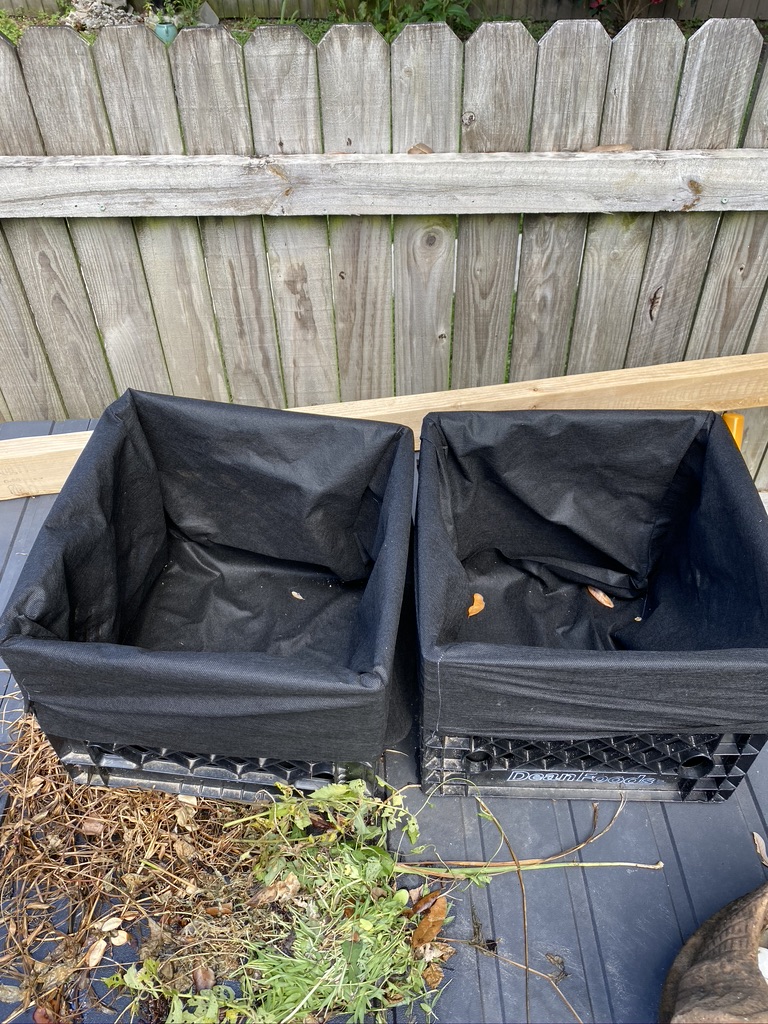 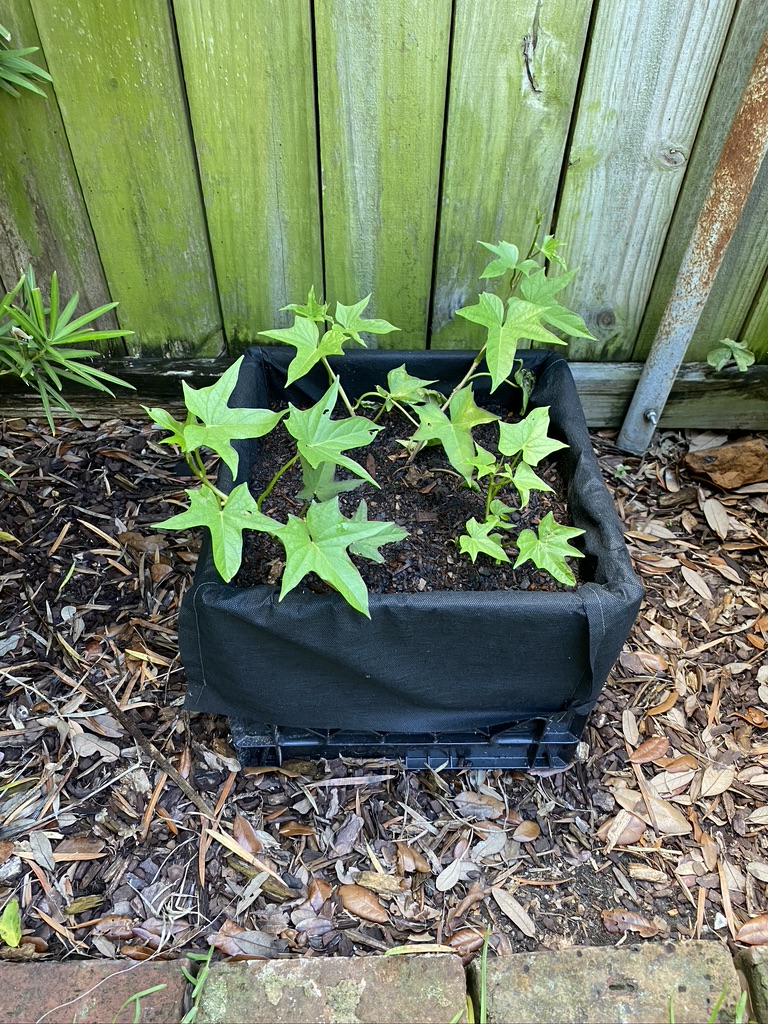 As a side note, making sweet potatoes from a sprouting sweet potato is the easiest, and one of the most satisfying horticultural endeavors I've ever undertaken. I put the sprouted spud in a clear cup of water and let the roots grow out and alien looking purple leaves and veins multiplied quickly under the grow light of the aero garden. I was a little late getting these into the boxes for them to produce large potatoes, but they'll certainly make a bunch of tubers. 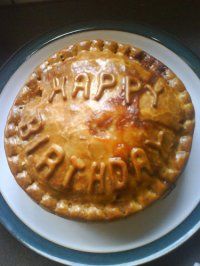 What to do with the just ripe to just over ripe bananas? Pie, of course. The hard way around is to make your own pie crust, but a store bought version will work out just fine. Bake the pie crust til golden brown, and set aside to cool. For the filling you'll need:

Method:
Scald the whole milk in the bottom of a double boiler. Essentially you want to bring the temp of the milk to 180 degrees F. While milk is warming on the stove combine the flour, sugar, and salt in the top half of the double boiler and whisk to combine. Stir the milk to keep a skin from forming, and once the milk is scalded add to the dry ingredients. Rinse out the bottom of the double boiler and fill with enough water to warm the upper half sufficiently. Once the liquid has warmed temper the eggs by adding a few tablespoons worth of milk mixture to the eggs at a time. This will keep the eggs from scrambling once they're added to the milk. Stir in the eggs and reduce the pudding you've made to as thick a consistency as you like - in this case thicker is better so that you don't have runny pudding pie, but it's really dealers choice - When you've just about reached your desired pudding texture stir in the vanilla, slice the bananas into the pie shell, and then fill pie shell with the pudding. Place the whole works in the fridge to chill for a couple of hours. 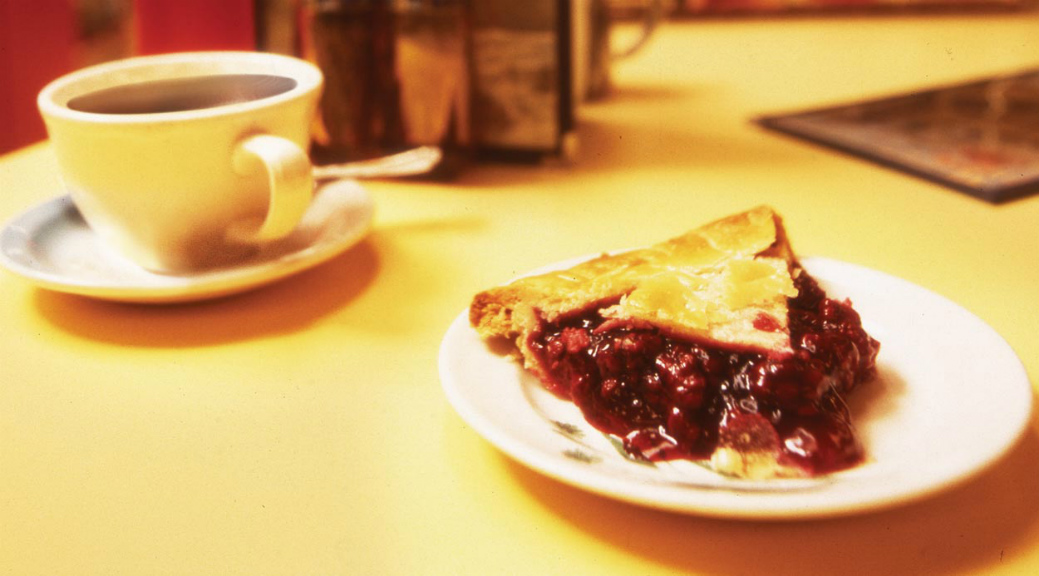 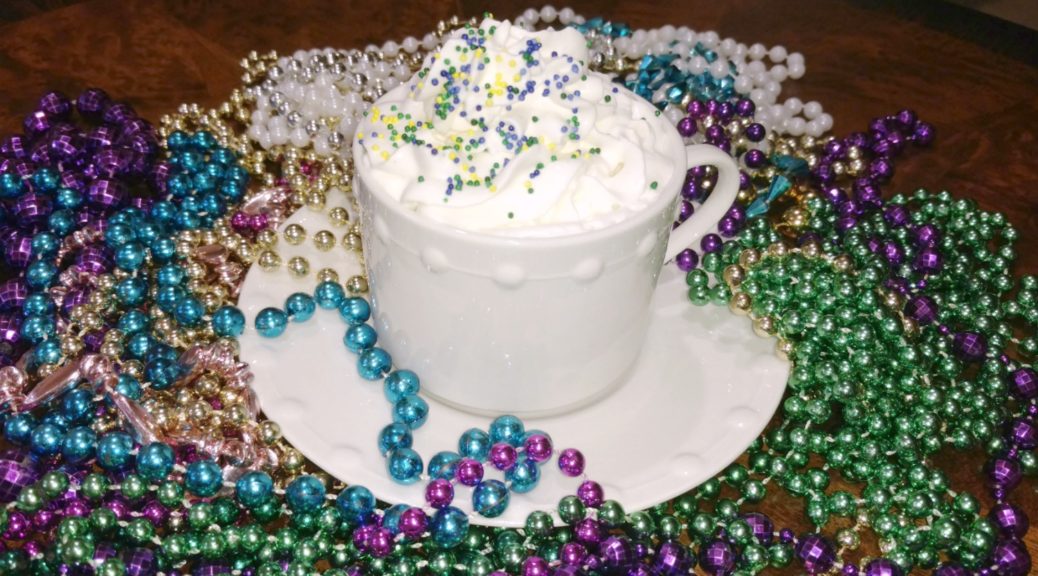 Enjoy work today, suckas. If you're in the quarter, come down and find me on the corner of Orleans and Bourbon.

I've been looking back at the Nixon administration for a variety of reasons (most of which are forbidden zone, obvi), but some of those reasons are to understand the environment my folks lived in better. Anywho, thanks for watching, and as always, please remember to like this post on social media.

Yeah, hungry joe played this one in 2017, but his link is broken now so (╯ຈل͜ຈ) ╯︵ ┻━┻