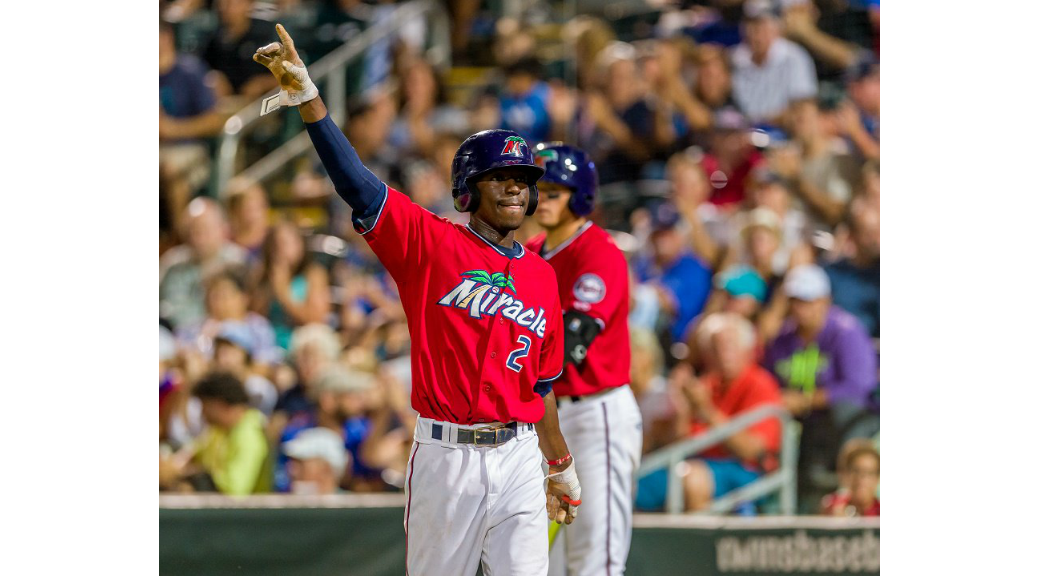 The Red Wings built a 6-0 lead by scoring two in the second and four in the third.  Tyler Duffey pitched six no-hit innings before weakening in the seventh.  His line was seven innings, two runs, two hits, three walks, and five strikeouts.  Buddy Boshers and Jake Reed each pitched a scoreless inning.  Their ERAs are 1.11 and 1.13, respectively.  James Beresford was 4-for-4 with a walk.  John Ryan Murphy and Heiker Meneses was 2-for-4.  Mitch Garver was 0-for-3 and is batting .317.  Byron Buxton was 0-for-4 with a walk and is batting .315.  Rochester is 3.5 games out of the wild card spot and their elimination number is five.

The Lookouts got five in the first, four in the seventh, and four in the eighth.  Randy LeBlanc made a strong AA debut, pitching seven shutout innings while giving up just five hits and two walks with five strikeouts.  Randy Rosario bounced back from a terrible AA debut to strike out three in two perfect innings.  Niko Goodrum was 4-for-5 with a home run (his fifth) and a double.  D. J. Hicks was 2-for-4 with a walk.  T. J. White was 2-for-4 with a double.  Zach Granite was 1-for-5 and is batting .302.  The Lookouts playoff position, however, has changed for the worse.  It had looked like Jackson would win both halves, in which case the second playoff spot would go to the team with the best overall record.  Now, however, Montgomery has taken a half-game lead over Jackson in the second half, with Chattanooga two games back.  They are tied in overall record, but if Montgomery remains in first place in the second half, the Lookouts will be out, looking.

The Miracle led 3-2 after five, but the Cardinals scored three in the sixth to go ahead to stay.  Fort Myers went with a bullpen game, with Luke Westphal going three innings in his first start of the season.  He allowed two runs on four hits and two walks and two strikeouts.  Nick Gordon had half of the Miracle hits, going 5-for-5 with a triple, but it wasn't enough.  The loss drops Fort Myers to three games back and their elimination number is four.

The Kernels scored three in the first and never trailed as they picked up their eighth straight win and clinched a playoff spot.  Eduardo Del Rosario gave up a run in the first but no more, striking out seven in 5.2 innings while allowing three hits and three walks.  Jaylin Davis was 2-for-4 with a home run, his eighth.  Brandon Lopez was 2-for-5 with a double.  Luis Arraez was 1-for-5 and is batting .346.  Travis Blankenhorn was 1-for-5 and is batting .320.  Nelson Molina was 0-for-3 with two walks and is batting .308.  Who Cedar Rapids will play in the first round of the playoffs has not yet been determined.  There is also still a slight chance that the Kernels could win their division, as they are three games behind Clinton.

Jonathan Matute's RBI single in the fifth broke a 1-1 tie.  Clark Beeker pitched well, striking out six in 6.1 innings while giving up two runs on four hits and a walk.  The Twins drew seven walks but could not take advantage of them because they had only two hits, both singles.  Elizabethton has clinched a playoff spot and trails Johnson City by two games for first place in the division.

Joey Roach's RBI single in the seventh put the Rays up 3-2.  Tyler Fox pitched six innings, giving up one run on five hits and no walks with four strikeouts.  The Twins did not get a hit until the fifth, when they scored both of their runs.  Aaron Whitefield was 1-for-4 and is batting .309.  The GCL Twins remain a game behind the Red Sox.  Their elimination number is three.