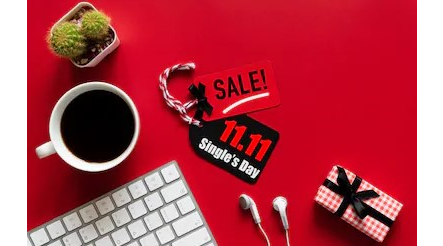 Happy Singles Day, everyone! Go buy stuff, because... uh, you know I'm not sure how that fits in.