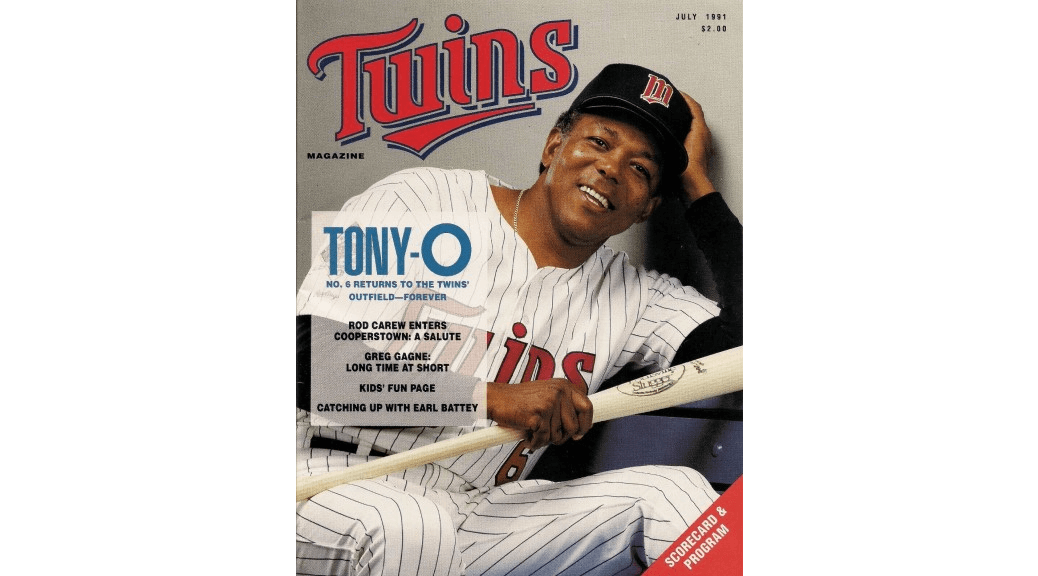 The game:  This one was over early.  Singles by Molitor, Hamilton, Stubbs, and Bichette put the Brewers up 2-0 in the first.  In the second Molitor and Hamilton again singled, a ground out produced one run, and Maldonado hit a two-run homer to make it 5-0.  In the third, Jim Gantner doubled and Dale Sveum was hit by a pitch.  The next two batters went out, but Hamilton hit a ground-rule double to make the score 6-0 and finally get Twins starter Jack Morris out of the game.  Singles by B. J. Surhoff and Maldonado made the score 8-0 after three.

The Twins never got back into the game.  They loaded the bases with one out in the fourth, but nothing came of it.  They finally got on the board in the seventh on Gladden's RBI double, but Milwaukee got three in the eighth.  An RBI ground out in the ninth got the Twins one more run.

Notes:  Gene Larkin was the DH in place of Chili Davis.  Al Newman was at shortstop in place of Greg Gagne.

This was one of two games in his career in which Leius played the outfield.  Both times he played center and both were in 1991.  This was the first one.  The second would come August 10, when he would again play a couple of innings there at the end of a blowout loss.

I always thought "Candy Maldonado" was a cool name.

Gladden was now 8-for-20 with three doubles and a home run since coming back from the disabled list.

The White Sox defeated Boston 5-2, so they gained a game on the Twins.

Record:  The Twins were 58-41, in first place in the American League West, three games ahead of Chicago.