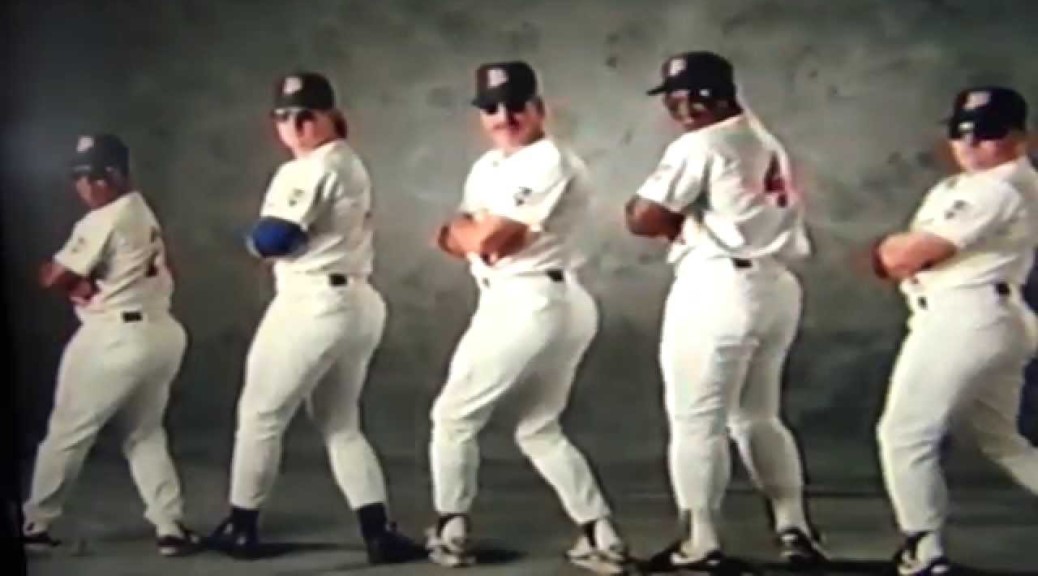 Opposition stars:  Erik Hanson pitched eight shutout innings, giving up eight hits and a walk and striking out four.  Ken Griffey was 3-for-5 with a stolen base, his tenth.  Dave Cochrane was 2-for-4 with a home run (his second), a double, two runs, and three RBIs.

The game:  The Twins put men on second and third with two out in the first inning but did not score.  It cost them, as the Mariners jumped out for five runs in the bottom of the first.  Edgar Martinez walked and moved to third on a pickoff error.  Harold Reynolds singled him home, Griffey singled, and Pete O'Brien had an RBI single.  A ground out scored the third run, Cochrane doubled home the fourth run, and Omar Vizquel singled home the fifth run.

The Twins got two on with none out in the sixth and loaded the bases with two out in the seventh, but there was no more scoring until the bottom of the seventh.  Paul Abbott, who had come into the game in the sixth, walked O'Brien, but he was erased on a double play.  Jay Buhner then walked and Cochrane hit a two-run homer to make the score 7-0.  Scott Bradley singled, and consecutive walks to Vizquel, Martinez, and Reynolds brought home an eighth run.  The Twins did not threaten after that.

Notes:  Dan Gladden got the day off.  Shane Mack was in left, with Randy Bush in right.  Chuck Knoblauch batted leadoff, with Bush second.  Junior Ortiz was behind the plate in place of Brian Harper.  Al Newman was at short in place of Greg Gagne.

With a blowout game, the Twins made some substitutions in the eighth.  Gene Larkin replaced Puckett and went to first base.  Harper replaced Kent Hrbek and went to left field.  Scott Leius replaced Mack and went to center field.

The Twins stranded nine runners and went 1-for-7 with men in scoring position.

Erickson surrendered five runs on five hits and two walks in two-thirds of an inning.  His ERA went from 2.36 to 2.65.  He clearly was still hurting, but did not miss a start, even though he would not have a good one again until September.  This game was his worst of the season by game scores.  I guess I don't really understand how game scores work.  He got a 20 for this, which is obviously not good, but he got a 22 for a game on June 29 when he allowed seven runs on eleven hits in 6.1 innings.  It seems to me that, while neither start was good, this one was a lot worse than that one, and yet they're pretty much even according to game scores.

The White Sox defeated Baltimore 6-4, cutting the Twins' lead in half.

Record:  The Twins were 66-45, in first place in the American League West, one game ahead of Chicago.