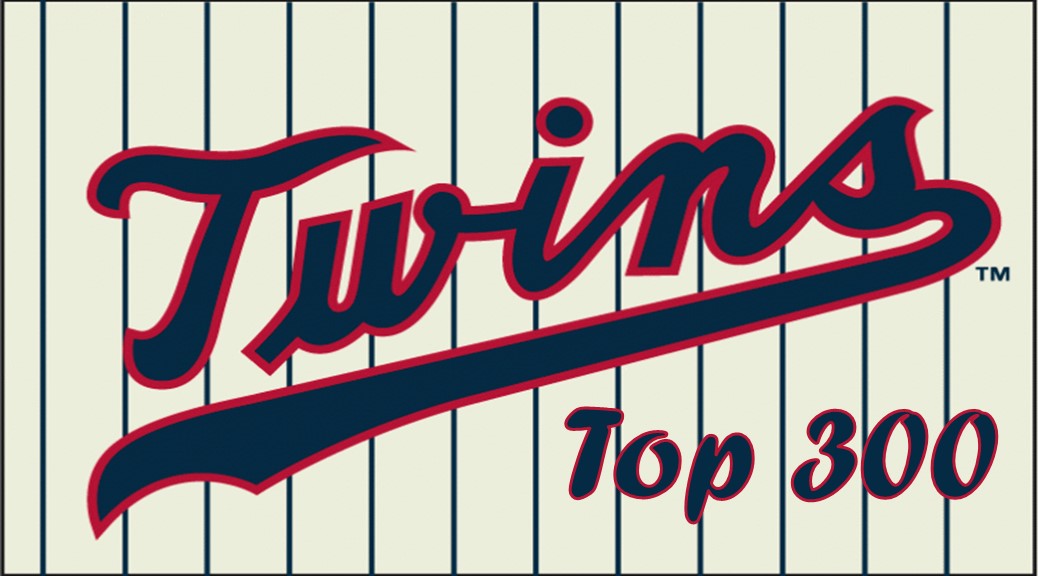 The Minnesota Twins have now completed 61 years of baseball and it is year 10 of putting my pet project on the WGOM site.

2021 was a very disappointing team as the two time defending division champs fell to 73-89 and in last place in the AL Central. Despite the team failures, there was quite a bit of movement within the top 300 list as well as 3 newcomers adding to the list. This year's newcomers are Josh Donaldson, Willians Astudillo, and Ryan Jeffers

In the top 100, the highest rising star was Jorge Polanco, leaping 22 spots into the top 40 with an all star caliber year. Right behind him is former teammate Nelson Cruz who moved up 27 spots to land just outside the top40 after an all star first half of the season. Byron Buxton's spectacular 60 game season pushed him up 27 spots as well and he lands just outside the top50. Jose Berrios also jumped into the 50s, moving up 24 spots, with his partial season (another top performer moved at the deadline). #60 Miguel Sano and #64 Max Kepler have the exact same rankings as last year, but they actually passed several former Twins only to be passed by the teammates listed above. Mitch Garver and Taylor Rogers move up 37 and 20 spots respectively to just tip their toes into the top 100 at #93 and #95 respectively.

Luis Arraez moves up 61 spots to find himself just outside the top 100 at #110. Michael Pineda moved up 44 spots to join Arraez in the 100s. Newcomer Josh Donaldson moved all the way up to #173 from an un-ranked position. Kenta Maeda also jumped into the 100s, moving up 38 spots from last year. Jake Cave moved back 3 spots with his poor 2021 season.

Falling out of the top300 this year are Mike Pelfrey, Tommy Millone, and David West.

I stole the idea from when Aaron Gleeman started his top40 list over a decade ago, but just decided to expand to a nice big round 300. The below quote is his, and the rest is an excerpt from a book I put together at the 50 year mark. I’ve updated the list and stats through 2021.

I used a variety of factors, including longevity and peak value. Longevity included how many years the player was a Twin as well as how many plate appearances or innings pitched that player had in those years. For peak value, I looked at their stats, honors, and awards in their best seasons, as well as how they compared to their teammates. Did they lead their team in OPS or home runs or ERA for starters or WPA? If so, that got some bonus points. I factored in postseason heroics, awards (gold gloves, silver sluggers, MVPs, Cy Youngs), statistical achievements (batting titles, home run leaders, ERA champs, etc), and honors (all star appearances), and I looked at team success as well. If you were the #1 starter on a division winning champ, that gave you more points than the #1 starter on a cellar dweller. I looked at some of the advanced stats like WPA, WAR (as calculated by fan graphs and baseball-reference.com), WARP (as calculated by Baseball Prospectus), and Win Shares (as calculated by Bill James). For hitters, I also looked at OPS and the old school triple crown statistics like batting average, home runs, stolen bases, and RBI (and not only where you finished within the AL in any given year, but where you appear on the top25 lists amongst all Twins in the last 60 years). For pitchers I looked at strikeouts, innings pitched, win/loss percentage, ERA as well as ERA+). If there was a metric that was used for all 61 years of Twins history, I tried to incorporate it. I tended to give more credit to guys who were starters instead of part time/platoon players, more credit to position players over pitchers (just slightly, but probably unfairly) and starters over relievers (and closers over middle relievers). There’s no formula to my magic, just looking at a lot of factors and in the end going with the gut in all tie-breakers. Up in the top10 I’m looking at All star appearances, Cy Young and MVP votes, batting average or ERA titles or top10 finishes, etc, and placement in the top25 hitting and pitching lists in Twins history as well. In the middle 100s, it’s more about who started a few more years or had 2 good seasons rather than 1 with possibly an occasional all-star berth or top10 finish in SB or strikeouts. Once you’re in the latter half of the 200s there are none of those on anyone’s resume, so its basically just looking at peak season in OPS+ or ERA+, WAR, Win Shares, and who started the most years, had the most at bats, or pitched the most innings. What the player did as a coach, manager, or broadcaster is not taken into consideration for this list, so Billy Martin, Tom Kelly or Billy Gardner weren’t able to make the top 300 since they were poor players and Frank Quilici and Paul Molitor didn’t improve his status due to his managing career.