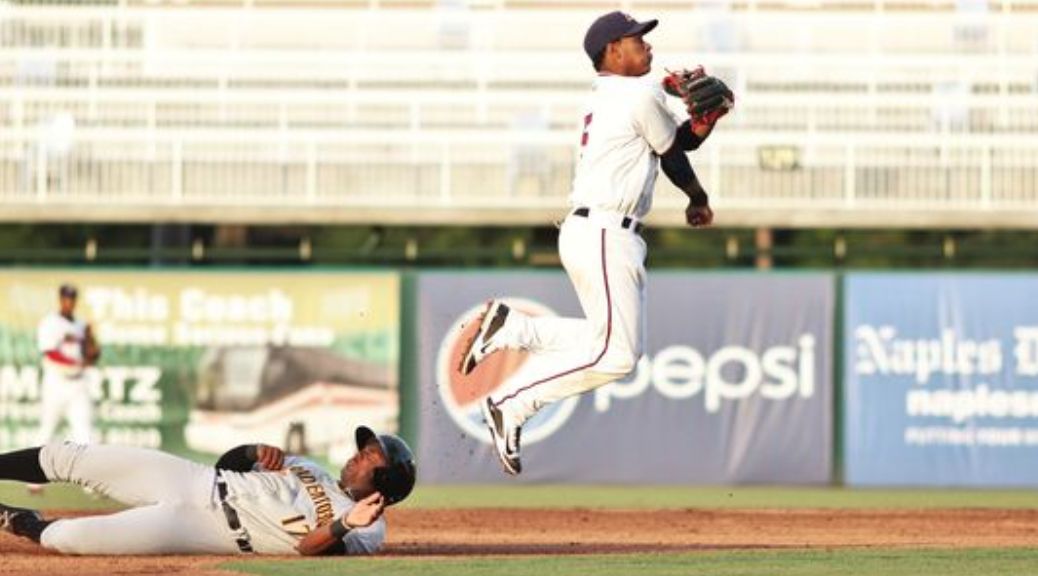 I know two days at once is a lot.  But it's the all-star break.  What other baseball do you have?

The Red Wings got their run in the first on a Jorge Polanco RBI single.  The RailRiders scored two in the second without a hit, scoring on a walk, a wild pitch, a two-base error, a ground out, and a fielder's choice.  And that was it.  The only other threat the Red Wings had came in the sixth, when a single and a hit batsman put men on first and second with one out.  Logan Darnell pitched a fine game, going seven innings and allowing two unearned runs on three hits and two walks with three strikeouts.  Darin Mastroianni was 2-for-4.  Daniel Palka was 0-for-3 with a walk and is batting .308.

It was scoreless until the ninth inning, when Travis Harrison led off with his sixth home run of the year to give the Lookouts a win.  The homer came off ex-Twin Joe Nathan, who is on a rehab assignment.  Each team had plenty of chances, as the Lookouts stranded eight runners and the Smokies ten.  David Hurlbut pitched eight shutout innings, giving up eight hits and a walk with four strikeouts.  Trevor Hildenberger pitched a scoreless inning, lowering his ERA to 0.89.  In 30.1 innings he has struck out 33 and walked just five.  Harrison was 2-for-4 on the day.  Ryan Walker was also 2-for-4.

The Kernels led 4-2 after seven, but Austin Byler hit a three-run homer in the eighth and the Cougars added two more in the ninth to secure the victory.  Dereck Rodriguez had a rare good game, striking out six in six innings and giving up two runs on five hits and three walks.  Brian Olson and Christian Cavaness each went 2-for-4 while Casey Scoggins was 2-for-5.  Luis Arraez was 0-for-4 and is batting .322.

The Twins led 2-0 after seven, but the Red Sox got single runs in the eighth and ninth and got an RBI single from Raiwinson Lameda in the twelfth.  The Twins put the tying run on third with one out in the bottom of the twelfth, but a strikeout and a line out ended the game.  Huascar Ynoa struck out eight in five shutout innings, giving up just two hits and no walks.  Matz Schutte retired all five men he faced and now has an ERA of 0.93 with a WHIP of 0.62 in 9.2 innings.  The Twins had only five hits in the game.

The Red Wings scored all three of their runs in the seventh, overcoming a 2-0 deficit.  Wilfredo Tovar's RBI double brought home the go-ahead run.  Andrew Albers struck out six in six innings, giving up two runs on seven hits and two walks.  Daniel Palka was 2-for-2 with a double and two walks, raising his average to .400.  Jorge Polanco started the seventh-inning rally with a home run, his seventh.

The Lookouts led 3-0, fell behind 4-3, tied it 4-4, but ultimately lost.  Bijan Rademacher's homer in the sixth put the Smokies in the lead to stay.  The Lookouts loaded the bases with one out in the ninth, but a double play ended the game.  Tyler Jay made his AA debut and pitched well except for one bad inning, and from the printed play-by-play it looks like that bad inning was just a bunch of ground balls that found holes.  He pitched five innings, allowing four runs on six hits and two walks with four strikeouts.  Zach Granite was 2-for-3 with two walks and is batting .309.  Niko Goodrum was 2-for-4 with a double and is batting .308.  Leonardo Reginatto was also 2-for-4 with a double.

The Blue Jays took the lead in the first inning and never trailed.  Fernando Romero again pitched well, going five innings and giving up two runs (one earned) on six hits and no walks with three strikeouts.  Nick Gordon was 2-for-4 with a double.  Joe Maloney was 2-for-4.  Alex Perez was 1-for-4 and is batting .300.

The Kernels lost leads of 3-0 and 7-6.  Sam Gibbons came out of the bullpen to make a spot start and couldn't get much accomplished, lasting 3.2 innings and surrendering six runs on seven hits and two walks with four strikeouts.  Andrew Vasquez made his Class A debut and pitched 2.2 scoreless innings, striking out two and only giving up a walk.  J. J. Fernandez was 3-for-5 with a two-run homer, his sixth.  Jermaine Palacios was also 3-for-5.  Jaylin Davis was 2-for-3 with two walks and is batting .333.

Already leading 2-1, a two-run Astros eighth put the game out of reach.  Starter Sean Poppen pitched well, striking out six in five innings while allowing just one run on four hits and a walk.  Patrick McGuff made a successful Appalachian League debut, going 1.1 scoreless innings with two strikeouts and one walk.  Amaurys Minier provided the Twins' offense getting three of their six hits with a home run (his third) and a double.  Alex Kirilloff was 1-for-4 and is batting .351.  Brandon Lopez was 0-for-4 and is batting .367.