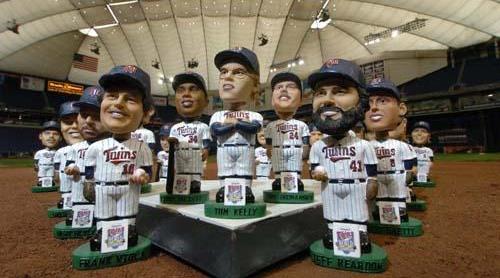 Opposition stars:  John Candelaria struck out seven in six shutout innings, giving up two hits and no walks.  Bill Buckner was 2-for-4 with a three-run homer (his third) and a double, scoring twice.  Gus Polidor was 2-for-3 with two RBIs.

The game:  Polidor's sacrifice fly in the second put the Angels on the board 1-0.  RBI singles by Polidor and Mark McLemore in the fourth made it 3-0.  With two on and one out in the fifth, Twins starter Bert Blyleven left a pitch up to Buckner, making it 6-0.  The Twins' lone run came in the eighth on a sacrifice fly by Tim Laudner.

Of note:  Kirby Puckett was 1-for-4, making his average .318...Greg Gagne was in the number two spot...Gene Larkin was the DH...Dan Gladden was back in the lineup for this game, but would only make one more start before August 11, when he would resume his regular spot in the lineup...Blyleven pitched five innings, allowing six runs on seven hits and two walks with five strikeouts...Schatzeder had pitched 5.2 innings just two days earlier.

We hope to get back to player profiles sometime next week.