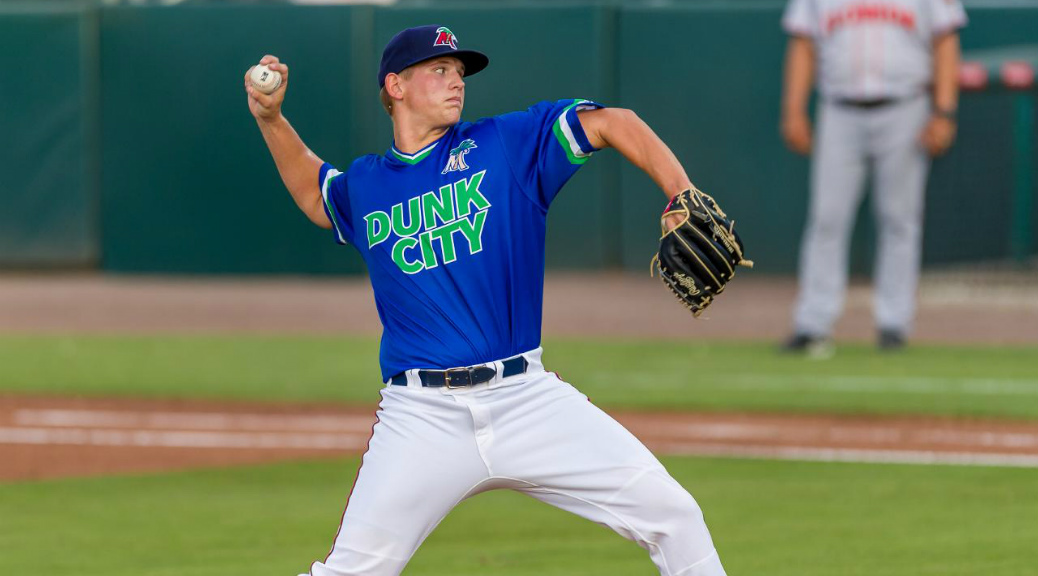 A good game for Lewis Thorpe.  Jimmy Kerrigan and Tyler Wells lead the Lookouts.  Alex Kirilloff goes deep.  Victor Tademo is off to a good start in Class A.  Josh Winder leads the E-Twins to victory in the playoffs.

It was scoreless until the sixth, when Joey Meneses hit a three-run homer.  The lone Red Wings run came in the seventh.

Lewis Thorpe struck out seven in seven innings, giving up three unearned runs on four hits and a walk.  He has given up just one earned run in his last two starts (12.2 innings), lowering his AAA ERA from 7.00 to 3.32.  Ryne Harper pitched two perfect innings.

The Lookouts scored single runs in the second and third and two in the sixth.  The Generals got their lone run in the sixth.

Jimmy Kerrigan was 3-for-4 with a double.  Luis Arraez was 2-for-5 with two runs.

It was 3-2 through two, but the Threshers scored three in the third and two in the fourth to take control.  Kyle Martin hit a two-run homer in the fourth.

Trailing 2-1, the Kernels scored four in the eighth.  The runs came on a grand slam by Michael Davis.

Leading 3-1, the Twins scored four in the seventh to put the game out of reach.  Gilberto Celestino hit a two-run homer in the inning.

Josh Winder struck out eight in six innings, giving up one run on four hits and no walks.

The Twins lead the best-of-three series, 1-0.

Fort Myers is tied with Charlotte for first place with two games to play.
Cedar Rapids is in first place and has clinched the division.  The Kernels lead Quad Cities by six games with three games to play.
Elizabethton leads Kingsport in its best-of-three playoff series, one game to zero.