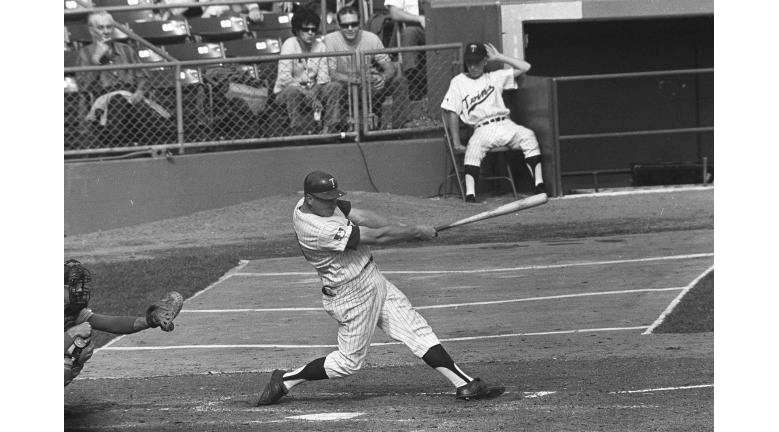 Batting stars:  Tony Oliva was 2-for-4 with a triple and a walk, scoring twice.  Harmon Killebrew was 1-for-4 with a home run (his thirty-first) and two RBIs.

Baltimore increased their lead in the third.  Mark Belanger and Dalrymple singled, Mike Cuellar hit a sacrifice fly, and Buford had an RBI single, putting the Orioles up 3-0.

The Twins got on the board in the fourth when Oliva tripled and scored on a Leo Cardenas sacrifice fly.  They went into the lead in the fifth inning.  Frank Quilici singled, Cesar Tovar reached on an error by Belanger, and a Rod Carew bunt put men on second and third.  Killebrew reached on Belanger's second error of the inning to bring home a run, Oliva hit into a force out, but a run scored and Oliva went to second on Belanger's third error of the inning, and Bob Allison delivered an RBI single, giving the Twins a 4-3 advantage.

The lead didn't last long, though.  Dalrymple homered with two out in the sixth to tie it 4-4.  In the seventh, Blair singled and Powell hit a two-run homer to put Baltimore ahead 6-4.  Killebrew homered in the bottom of the seventh to make it 6-5.

But that was it.  The Twins had only one hit after that and did not advance a man past first base.

Notes:  Rick Renick again started at third base, with Killebrew at first and Rich Reese on the bench.  I really don't know why you'd want to do that.  It's possible that Reese had some minor injury, although he continued to be used as a pinch-hitter and defensive replacement.  There might, possibly, be a defensive advantage to be gained, although I don't recall Renick as a whiz at third.  Renick went 0-for-3 in this game to make his average .206 and his OPS of .585.  If anyone knows why Renick was playing so much instead of Reese, please let me know in an LTE.

Tom Tischinski was given a rare start behind the plate.  Johnny Roseboro came in late in the game after Graig Nettles was used as a pinch-hitter.

Twins starter Jim Perry lasted 3.1 innings, giving up three runs on seven hits and a walk and striking out two.  His ERA was 2.99.  Ron Perranoski faced one batter and got two outs, as he got Powell to hit into a double play.  His ERA was 1.72.

Mark Belanger was well-known as an excellent fielder.  He won eight Gold Gloves in his career.  Here, he made three errors in the same inning.  I have to think that didn't happen to him very often in his career.

The unsung hero for the Orioles was reliever Al Severinsen.  He came in with a man on first, one out in the seventh, and Baltimore leading 6-5.  He then retired the next seven batters before giving up a two-out walk to Killebrew in the ninth.  Severinsen had a rather strange career.  He was in his first season in 1969 and at this point had an ERA of 2.76 with a WHIP of 1.22 in 16.1 innings.  He would make one more appearance, throwing a scoreless inning, then would get sent back down, coming up for just one September appearance, when he pitched 2.1 scoreless innings.  For the season, he had an ERA of 2.29 and a WHIP of 1.22 in 19.2 innings.  He was back in AAA Rochester in 1970, and despite pitching very well there did not get another chance with the Orioles.  Now, I know Baltimore had a really good pitching staff back then, but it seems like they could've made some use of him.  Instead, they traded him to San Diego.  He was with the Padres all of 1971, his only full year in the majors, and posted an ERA of 3.47, although with a WHIP of 1.53.  He started 1972 back in AAA, coming up for most of the second half of the season.  In seventeen big league games in 1972, he had an ERA of 2.53 and a WHIP of 0.94.  He was twenty-seven at that point, and seemed like a reliever you could do something with.  Instead, they traded him to the Mets for a reserve outfielder named Dave Marshall.  Severinsen did not pitch in 1973, and in fact did not pitch at all after that.  In 88 major league games (111 innings). he had a 3.08 ERA and his playing career was over.  None of my usual biographical sources have any real information about him.  His obituary indicates that he did not sour on baseball, and continued to coach youth, high school, and college players.  He also was involved in baseball clinics sponsored by the MLBPA.  Al Severinsen passed away on January 27, 2015.

Record:  The Twins were 65-41, in first place in the American League West, 2.5 games ahead of Oakland.