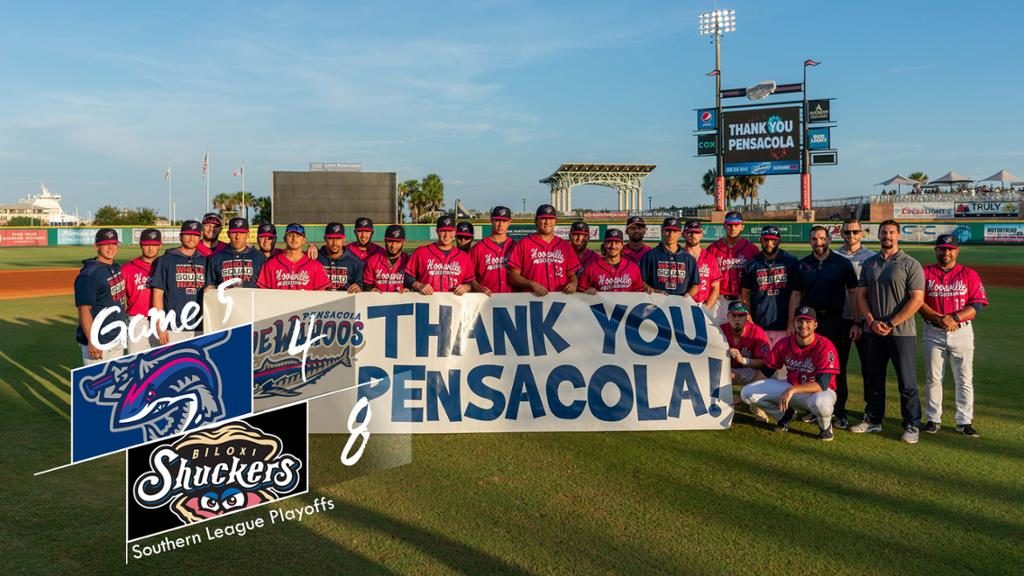 The Blue Wahoos are out, but the Kernels stay alive.

The Blue Wahoos had leads of 3-2 and 4-3, but the Shuckers scored five in the eighth to take the game and the series.  Ryan Jeffers was 3-for-4 with a home run (his second of the playoffs) and two runs.  Royce Lewis was 3-for-5.  Bryan Sammons struck out five in 4.2 innings, giving up two runs on three hits and a walk.

Pensacola loses the series 3-2 and its season comes to an end.