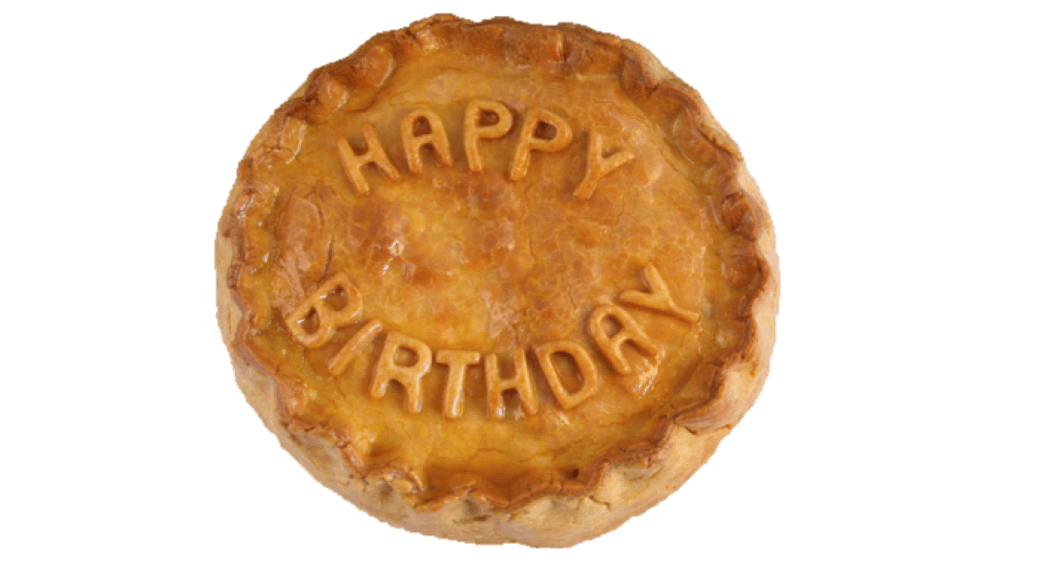 Right-hander Ronald David Law did not pitch for the Twins, but was in AAA for them in 1972.  He was born in Hamilton, Ontario, Canada and was signed by the Cubs as a free agent in 1964 at age eighteen.  He pitched quite well in the low minors and didn't do badly for a twenty-year-old in AA in 1966.  For some reason he spent a lot of 1967 back in Class A, although he pitched well there and again in AA when finally moved back there.  He again was made to repeat A and AA in 1968 and this time, possibly bored by it, did not do as well.  Cleveland chose him in the minor league draft after the 1968 season.  He pitched well in AA for them and came up to the majors for the second half of the season.  He did not do well, going 3-4, 4.99 with one save.  Part of the problem may have been that he had a reverse split, doing much better against left-handed batters than right-handers.  Also, he was still only twenty-three.  That was to be his only time in the majors, though.  He was traded to Washington after the 1969 campaign.  He did decently for AAA Denver for a couple of seasons but never made it back to the majors.  Sometime during the 1972 season he found his way from Denver to Tacoma in the Twins' system.  He appeared in eleven games for them, ten of them starts, and went 3-4, 3.84, 1.31 WHIP.  That brought his playing career to an end.  No information about what Ron Law has done after that was readily available.

Infielder David Lawrence McKay played for the Twins in 1975 and 1976.  He was born in Vancouver, British Columbia, attended Creighton University, and signed with the Twins as a free agent in 1971.  He was never much of a hitter; his best year in the minors was 1974 in AA Orlando when he hit .278, significantly above his career minor league average of .245.  Despite that, the Twins brought him up in late August of 1975 and made him their regular third baseman the rest of the season, replacing the injured Eric Soderholm.  He began 1976 as the regular third baseman as well, but predictably failed to hit and lost the job to Mike Cubbage.  McKay was sent to the minors in late June and was left unprotected in the expansion draft after the season, being selected by Toronto.  As a Twin, he hit .228/.281/.281 in 263 at-bats.  McKay was a utility player for the Blue Jays in 1977, hit .197, and in 1978 was made the regular second baseman.  He hit .238, but was still the regular second baseman at the start of 1979, finally losing the job to Danny Ainge in late May and going back to the minors.  He was released after the season and signed with Oakland for 1980.  Moved back into a utility role, he actually did a decent job for a couple of years for the Athletics, hitting .244 and .263 in 1980 and 1981.  In 1982, however, he fell to .198, and after spending 1983 in AAA his career came to an end.  After that, he became a coach for Oakland from 1984 through 1995.  He then followed Tony LaRussa to St. Louis, where he was a coach through 2011.  When LaRussa retired, however, McKay moved on.  He was the first base coach for the Chicago Cubs in 2012-2013 and has been the first base coach for the Arizona Diamondbacks since 2014.  Dave McKay was elected to the Canadian Baseball Hall of Fame in 2001.  His son, Cody McKay, was a catcher who got 77 at-bats in the major leagues, three with Oakland in 2002, 74 with St. Louis in 2004.

Switch-hitting catcher Harold Delano “Butch” Wynegar was the Twins' catcher from 1976 through 1982.  A native of York, Pennsylvania, Wynegar was drafted by Minnesota in the second round in 1974.  He had two excellent years in the low minors.  After hitting .314 with 19 homers in Class A Reno in 1975, Wynegar was jumped to the big leagues and made the Twins' regular catcher in 1976.  He had a good year for a twenty-year-old, hitting .260 with ten homers, making the all-star team, finishing second to Mark Fidrych for Rookie of the Year, and getting a tenth-place vote for MVP.  He had a nearly identical season in 1977 and made the all-star team again.  Given his age, Wynegar was considered a coming star, but it turned out that this was about as good as he got.  He remained the Twins' starting catcher until mid-May of 1982, although he was injured much of 1981.  As a Twin, Butch Wynegar hit .254/.340/.342 in 2,746 at-bats (794 games).  He was off to a poor start in 1982 when he was traded to the Yankees along with Roger Erickson for Pete Filson, Larry Milbourne, John Pacella, and cash.  He shared the catching position with Rick Cerone, playing mostly against left-handers, and had a couple of fine years, batting over .290 in his first two seasons as a Yankee.  He then began a slow slide, and after hitting only .206 in 1986, Wynegar was traded to the Angels.  He was a backup catcher for California for two seasons, ending his playing career after the 1988 campaign. Wynegar remained in baseball, becoming a minor league manager and coach in the Baltimore and Texas systems before becoming the batting coach for the Milwaukee Brewers in 2003.  In 2006, he became the batting coach for the Yankees' AAA team, the Scranton/Wilkes-Barre RailRiders, a job he held through 2014.  He moved on to the Pittsburgh organization in the 2015 season.  He was the batting coach for AAA Indianapolis from 2015-2017 and was the batting coach for Class A Bradenton from 2018-2019.  He is not listed as their batting coach for 2020, however, and on information about what Butch Wynegar might be doing this summer was readily available.

Hall of Fame outfielder Kirby Puckett was a Twin for his entire major league career, 1984-1995.  Born and raised in Chicago, Puckett attended Bradley University and was chosen by the Twins with the third pick of the 1982 January draft.  He hit .382 in rookie-level Elizabethton in 1982, .314 at Class A Visalia in 1983, and was hitting .263 in AAA Toledo in 1984 when he was called up to Minnesota on May 8.  He was immediately installed as the starting center fielder, got four hits in his first game, and never went to the minors again.  He hit .296 in his first season, finishing third in Rookie of the Year voting behind Alvin Davis and Mark Langston.  Puckett hit no homers in 1984 and only four in 1985, but jumped to 31 in 1986; that would be his career high, but he remained a power threat the rest of his career.  He was the Twins regular center fielder until 1994, when he moved to right with first Alex Cole and then Rich Becker taking over in center.  Puckett's best season was probably 1988, when he hit .356 with 24 homers and led the league in both hits and total bases.  For his career, Puckett hit .318/.360/.477 with 207 homers and 134 stolen bases in 7,244 at-bats (1,783 games in twelve seasons).  He received MVP consideration nine times, finishing in the top seven seven times and in the top three three times.  Puckett made the all-star team ten times, won six gold gloves, and won six silver slugger awards.  He led the league in at-bats twice, in hits four times, in RBIs once, in batting average once, and in total bases twice.  He played in the World Series twice, hitting a home run in 1991 which some people may remember.  Shortly before the 1996 season started, he woke up to find that he could not see out of his right eye.  He was diagnosed with glaucoma, and his playing career was suddenly over.  Kirby Puckett was elected to the Hall of Fame on the first ballot in 2001.  In 2002, Puckett was charged with fifth-degree sexual criminal conduct and fifth-degree assault, charges for which he was found not guilty.  He moved to Scottsdale, Arizona in 2003.  Kirby Puckett passed away in Scottsdale on March 6, 2006, one day after suffering a stroke.

Infielder Brent Robert Gates played for Minnesota for two years in the late 1990s.  He was born in Grand Rapids, Michigan, attended high school in Grandville, Michigan, and then went to the University of Minnesota.  He was drafted by Oakland in the first round in 1991.  He hit quite well in the minors; Gates hit .321 in Class A Modesto in 1992 and was hitting .337 in 102 at-bats split between AA and AAA in 1993 when he was called up to the majors in May.  He was the Athletics regular second baseman that year and hit .290, finishing sixth for Rookie of the Year.  He was having a similar year in 1994 when he was injured in mid-July.  He missed the rest of the season and never was as good again.  He got the second base job back in 1995 but hit only .254.  He was the starter at second in 1996 when he suffered another season-ending injury, this time in mid-June.  The Athletics released him in March of 1997.  He signed with Seattle and was a utility player for the Mariners that year.  A free agent after the season, Gates came to Minnesota.  He shared third base with Ron Coomer in 1998 (Coomer would replace Orlando Merced at first when Gates played) and backed up Todd Walker at second in 1999.  As a Twin, Brent Gates hit .252/.326/.330 in 639 at-bats (217 games).  On occasion, the stadium organist would play the Christian hymn "Lift Up Your Heads, Ye Mighty Gates" as his walk-up music.  He managed in Class A in 2001, then left baseball.  Brent Gates currently owns the Gates Insurance Agency in Grand Rapids, Michigan.  He was also the baseball coach of Grand Rapids Christian High School from 2008-13, reaching the state championship in each of his last three seasons and winning the last two of them, and returned to that job for the 202 season.  He was inducted into the Grand Rapids Sports Hall of Fame in 2006.

Utility player Marwin Javier Gonzalez came to the Twins in 2019.  He was born in Puerto Ordaz, Venezuela and signed with the Cubs as an amateur free agent in November of 2005.  He was in the minor leagues for the Cubs through 2011, reaching AA in 2010 and AAA in 2011.  He initially played third base, moved to middle infield in 2008, and added outfield to his resume in 2009.  He was generally young for his league and so struggled at the plate, but hit well in 2011 as a twenty-two-year-old splitting his season between AA and AAA.  He was left unprotected by the Cubs after the season and was claimed by Boston.  He never played with the Red Sox, however, as he was traded to Houston that same day.  He was a part-time player there for his first couple of seasons and didn't hit much.  He improved in 2014, when at age twenty-five he became more-or-less a league average batter.  That's what he has remained with the exception of 2017, when he batted .303/.377/.530 with 23 home runs.  He became a "regular" player, although at a variety of positions, in 2016.  He became a free agent after the 2018 season and signed with Minnesota.  He started the 2019 season at third base due to an injury to Miguel Sano, but once again played a variety of positions when Sano returned.  A year ago, we said, "For his career he is batting .264/.318/.419, which is a much more reasonable expectation for him this season."  He batted .264/.322/.414, so it looks like we got that one right.  He is expected to once again play a good number of games at a variety of positions in 2020.