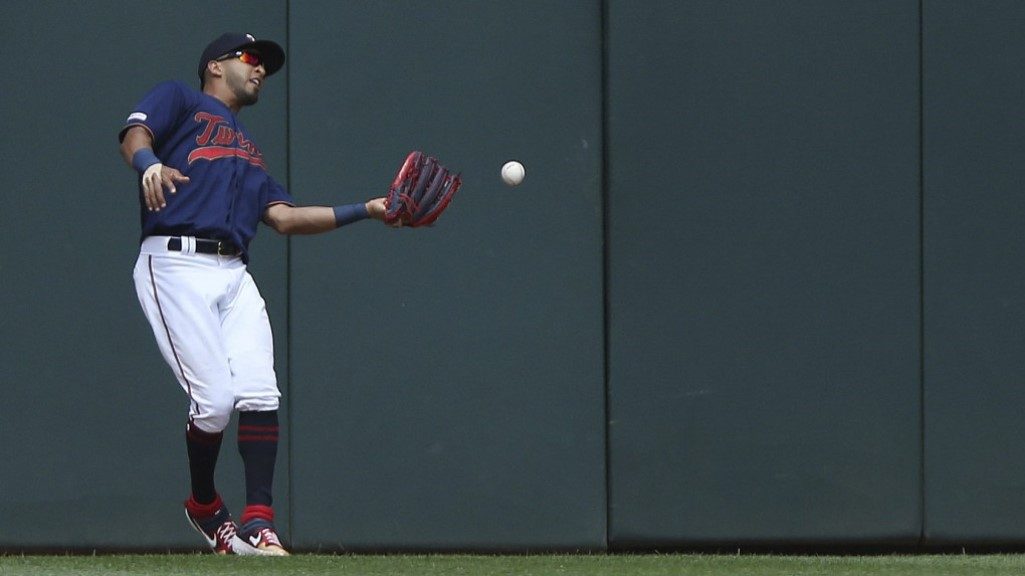 Pitching star:  Martin Perez pitched six innings, giving up two runs (one earned) on five hits and a walk and striking out four.

Opposition stars:  Amed Rosario was 4-for-4 with a home run (his tenth), a triple, a walk, four runs, and three RBIs.  Adeiny Hechevarria was 3-for-5 with two doubles and two runs.  Dominic Smith was 2-for-3 with a home run (his ninth), two runs, and four RBIs.  Todd Frazier was 2-for-5.  Pete Alonso was 1-for-6 with a two-run homer (his thirty-first) and two runs.  Jason Vargas pitched six innings, giving up three runs on five hits and a walk and striking out four.  Jeurys Familia pitched a scoreless inning, giving up one hit and striking out one.

The game:  It was a good game until suddenly it wasn't.  The Twins took a 1-0 lead in the second when Max Kepler hit a one-out double and Miguel Sano came through with a two-out single.  The lead did not survive the next half-inning, as Rosario homered with one out in the third to tie it 1-1.  Cruz put the Twins in front 2-1 with a one-out homer of his own in the bottom of the third, but the lead again did not survive the next half-inning.  The Mets loaded the bases with none out on an error, a single, and a hit batsman.  A double play scored the tying run, although it also enabled the Twins to escape without further damage.  The Twins got the lead back in the fifth when Garver hit a one-out home run.

This time the lead lasted an inning and a half.  In the seventh, Rosario singled, Hechevarria doubled, and Smith hit a three-run homer to give New York a 5-3 advantage.  Then, in the eighth, the roof fell in, or it would have it Target Field had a roof.  The Mets had two on with two out and Hechevarria hit a fly ball to Eddie Rosario in left.  Rosario somehow did not catch it, allowing two runs to score.  The error was followed by a double, a single, and a home run, and the score was 11-3.  The Twins got one back in the bottom of the eighth, but as they are currently strapped with only a seven-man bullpen, Rocco had Ehire Adrianza pitch the ninth.  He allowed three more runs, leading to a final of 14-4.

Yes, I know all the excuses.  These things happen in baseball, it was only a two-game series, we were using the back end of our rotation, every team goes through slumps, we've had injuries, we didn't get the breaks, blah blah blah blah blah.  The bottom line is that we still got swept by the Mets.  By the Mets.

Good teams take care of business and win the games they're supposed to win.  Also-rans make excuses.  The Twins have been looking an awful lot like also-rans lately.  I know, it's a long season.  But it's slipping away, and so is the Twins' lead.  I don't know what they need to do to turn things around, but they'd better figure something out, and they'd better do it soon.

Record:  The Twins are 58-36, in first place in the American League Central, four games ahead of Cleveland.